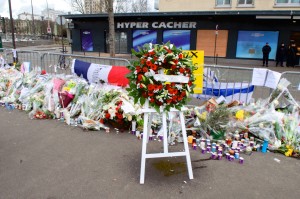 The city of Paris is among the most historically significant cities in the world. Known as La Ville Lumiere (The City of Light), Paris is rich in history, culture, food, fashion the arts. It captivates the hearts of millions who visit, as well as those who call it home. With iconically world-famous landmarks such as the Eiffel Tower, The Louvre, and Notre Dame de Paris, clearly Paris is one of the most acclaimed cities in the world.

On Friday, November 13th, the terrorist group known as the Islamic State of Iraq and Syria (ISIS) launched synchronic attacks on the city of Paris. Assaults, throughout the city, were led by an organized band of terrorists comprised of suicide bombers and gunmen. The attacks left 129 people dead and more than 100 critically injured. The group targeted six locations around the city, including a soccer stadium, bars, restaurants, and a concert hall.

The first attack occurred at approximately 9:20 PM GMT, outside the Stade de France, during a soccer match between Germany and France. Two individuals armed with suicide belts attempted to enter the stadium but were denied entry when security guards detected the explosives that the men were wearing. According to Michael Martinez of CNN.com, one of the two suicide bombers ran off before detonating his belt, and a few minutes later, the other man also fled from security. He then detonated the explosives, killing himself and a bystander, marking the first in a series of brutal attacks that evening.

Subsequently, a group of gunmen targeted Le Carillon at 9:25 PM GMT on 18 rue Alibert, which is not too far from the stadium. Immediately following, one of the gunman turned his weapon unmercifully on patrons at a restaurant, only a short distance away from Le Carillon. This attack left 15 dead, and 15 severely injured. The terror did not stop there. 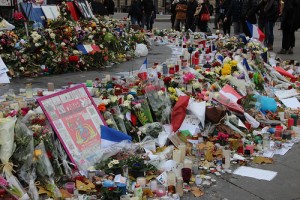 At 9:36 PM GMT witnesses to the fourth attack stated that the gunmen arrived in a black seat car, and started firing their rifles at people who were in La Belle Equipe, located on the rue de Charonne. This onslaught left nine people severely wounded and another 19 victims did not survive. Just a few moments later at 9:40 PM GMT, suicide bomber Braham Abdeslam triggered his explosive belt at the restaurant Le Comptoir Voltaire on the Boulevard Voltaire, killing himself and leaving another person in critical condition.

The most devastating attack of the night occurred at the Bataclan Concert Hall where an American band, Eagles of Death Metal, were performing. Witnesses to the attack reported that three armed gunmen showed up in a black Volkswagen Polo at about 9:40 GMT. The men, later identified as Omar Ismail Mostefai, Samy Animour, and Foued Mohamed-Aggad, proceeded to the back of the hall, where they began shooting. The men killed 89 and left more than 99 people seriously injured. Many attendees fled the scene by either finding an escape route to the roof or rushing through the exit doors. French police and military arrived on the scene, and the confrontation between the gunmen and police lasted until 12:20 AM GMT. The clash ended when a French police officer fired at one of the gunman, detonating his vest, while the other two gunmen took their own lives.

Following the attacks, France’s national response was swift and assertive. President Hollande issued a statement declaring that France would remain strong, vowing to fight terrorism at all costs. President Hollande called together his cabinet the next morning and declared a three-day period of

national mourning, during which plans for legislative response to the attacks were drawn up. Changes to the French constitution were made, enabling France to defend itself against dual citizens who are a risk to security.

Applications to France’s military experienced an increase approximately 150 per week to 1,500 a week. Meanwhile, France’s military retaliated immediately by sending 10 bombers to annihilate the city of Raqqa, which serves as a base for ISIS.  Needless to say, the attacks on France prompted a reevaluation of the European Union’s (EU) stance on migration policies concerning the Migrant Crisis. The attacks stepped on the hearts of the French people and intensified the uncertainty of securing their nation. However, the French are determined to show no signs of ever allowing terrorism to gain the upper hand.