The Day of Love 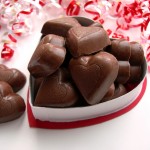 Valentine’s Day is associated with couples, friends, and new loves expressing their affection for each other, often with elaborate gestures such as chocolates, cards, and flowers. At Saint Thomas Aquinas High School (STA), students enjoy showing their appreciation for one another on a daily basis but especially on this occasion. The STA Balloon Room offers special themed balloons for Valentine’s Day.

In the spirit of the occasion, Raider Review polled the STA student body to learn how they felt about the holiday. Of the 800 students who responded to the survey, thirty-eight percent indicated that their ideal Valentine’s Day date wouldn’t involve anything extravagant. While some may argue that too much money is spent on Valentine’s Day, fifty-two percent of the students surveyed felt that the amount of money spent on Valentine’s Day should be completely up to the individual. 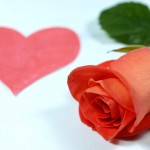 Thirty percent of the students surveyed were also interested in learning about the holiday’s mysterious history. According to infoplease.com, the origin of the holiday comes from the ancient Roman festival of Lupercalia, a fertility celebration held on February 15. Pope Gelasius I adapted this pagan festival as a Christian feast day circa 469, declaring that February 14 be designated St. Valentine’s Day. As far as St. Valentine’s influence over how Valentine’s Day evolved as a romantic celebration, there aren’t nearly as many facts as there are myths. According to the Catholic Encyclopedia, a lot of the confusion comes from the fact that there may have been two Saint Valentine’s at that point in history, both of whom were martyred on February 14.

In popular culture, Valentine’s Day, whether based on facts or myth, is celebrated as a day that people showcase their love for one another.