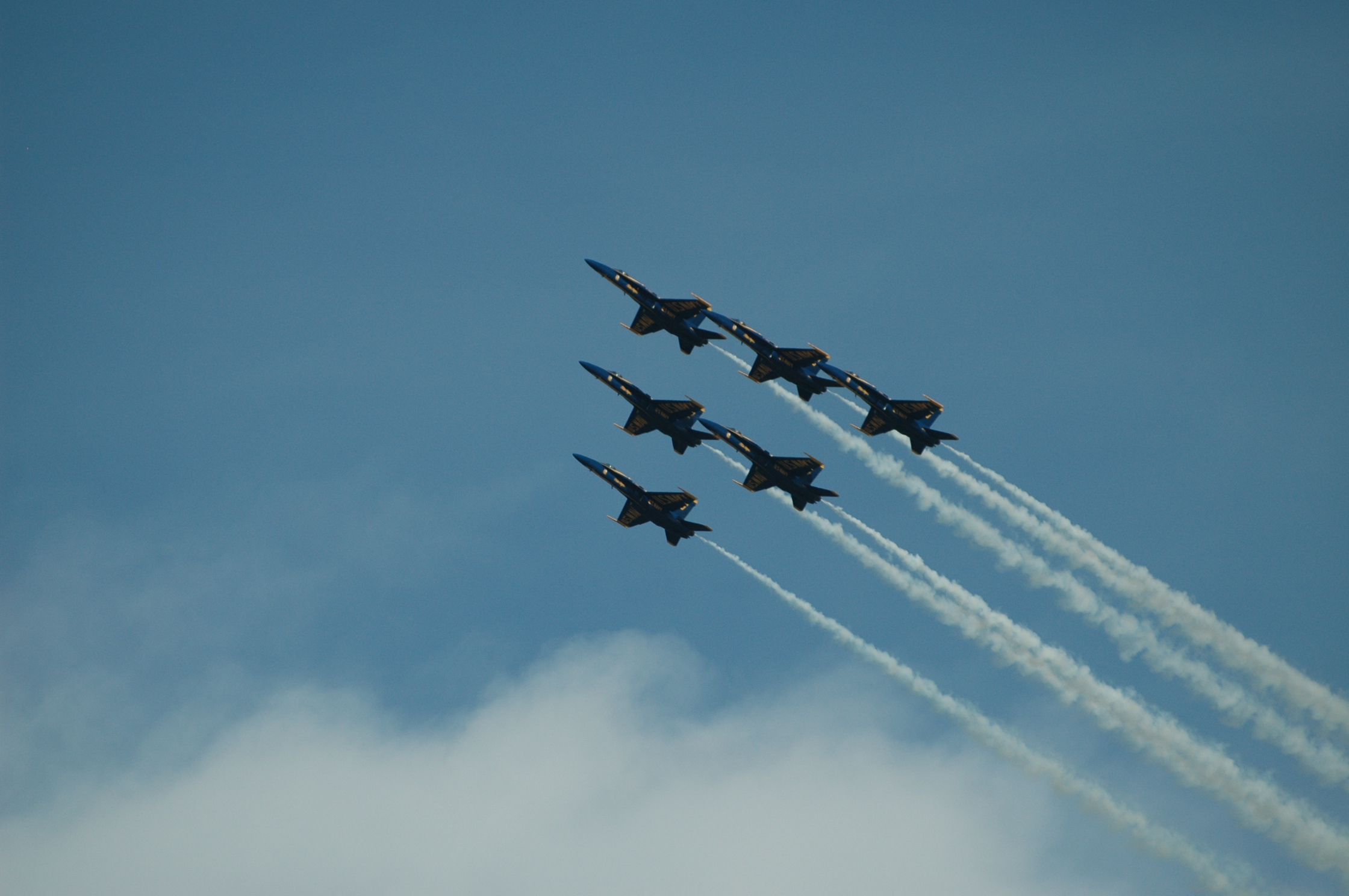 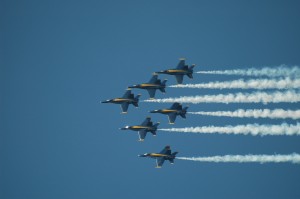 “The main reason I joined the [Blue Angels] was to take the opportunity to represent a half million sailors and marines,” said the Blue Angels Commanding Officer Captain Tom Frosch. Often referred to by his call sign “Boss,” Captain Frosch added that he appreciated,  “… the  opportunity to help inspire people of all ages … ” to consider a career with the military. The Blue Angels recently wrapped up their 2015 season with their annual Homecoming Show in Pensacola, Florida.

After World War II, in 1946, the Navy established a flight demonstration squadron, the Blue Angels, at Naval Air Station Pensacola (NAS). Since then, the Blue Angels have flown some of the Navy’s most powerful aircraft such as the F6F Hellcat, F-4J Phantom II, and more recently the supersonic jet the F/A-18 Hornet. The pilots’ spectacular aerobatics not only entertain millions, but also expose the audience to the daring routine maneuvers of Naval aviation. 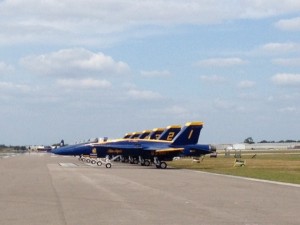 The flight demonstration squadron is comprised of 127 members, including pilots from both the Navy and Marine Corps, enlisted men and women that manage aircraft and equipment maintenance, and the administrative staff. Captain Frosch noted that “… all sailors and marines come from the front line, and then return to the front line …” at the end of the season. These participants serve with different squadrons, stationed around the world.

The Blue Angels’ annual season consists of a ten-week training program at the Naval Air Facility in El Centro, California. The administration stages preseason visits to all of the scheduled show locations in order to map flight plans for the pilots. The Blue Angels’ nine-month performing season starts in March and ends when they return to Pensacola, in November, for the Homecoming Show. The 2015 Blue Angels flew the Boeing F/A-18 Hornet, the Navy’s featured jet that showcases air-dominance as well as its role in precision strikes. The aircraft was engineered by a team of industry specialists at Boeing, Northrop, Grumman, Raytheon, and General Electric Aviation. 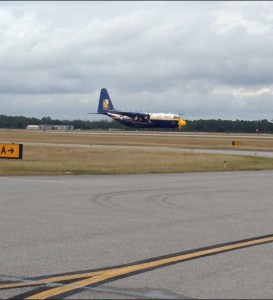 Another part of the Blue Angels’ aircraft team is the Marine Corps C-130 Hercules aircraft, also known as “Fat Albert.” Fat Albert is operated by an all-Marine crew that includes the pilots and the aircrew. This incredibly large aircraft hauls 45 maintenance and support personnel, as well as all the necessary equipment to run the air show. The Blue Angels travel to more than 30 cities to perform, and Fat Albert is how they get there.

The Blue Angels’ team consists of pilots from the Navy and Marine Corps who are recognized as the best at what they do. The 2015 season pilots were: Commanding Officer Captain Tom Frosch (USN),  Right Wing Lieutenant Matt Suyderhound (USN), Left Wing Lieutenant Andy Talbott (USN), Slot Pilot Lieutenant Commander Nate Barton (USN), Lead Solo Lieutenant Commander Mark Tedrow (USN), and the Opposing Solo Lieutenant Ryan Chamberlain (USN). All of these elite pilots have completed countless flight hours and mastered the challenging skill of being able to perform carrier-arrested landings. Captain Frosch, a proud member of the group, said that he was honored “to serve with best of the best from the Navy and Marine Corps.” 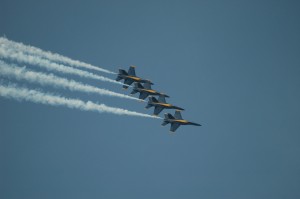 Teamwork and trust are critically important to the Blue Angel organization. The maintenance team’s job is to make sure the F/A-18 Hornets perform without problems and are fully functional for practices and shows. The pilots must also rely on each other because there are many maneuvers in which the jets fly only inches apart from each other at tremendously high speeds. The entire team strives to maintain their tradition of excellence in teamwork, trust, discipline, and precision. The Blue Angels represent the strength and dedication of our military. If the air show attendance records are any indication, our nation is certainly proud of the Blue Angels and all of the military personnel who serve our country.