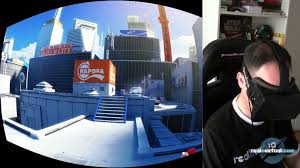 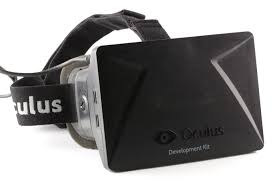 Ever dream of being in a video game? The Oculus Rift, a set of virtual-reality goggles, offers this opportunity. When the user puts on the goggles, they are “transported” to any game that is compatible with the device. Games such as Star Rift and World War Tunes are compatible with the Oculus Rift and new games are being developed to provide the best possible player experience. The device appeals to the vision sense and provides a 360 degree view of compatible game environments. The device uses 2D and 3D images to draw the user into the game.

The Oculus Rift will be released to the public in March 2016 and pre-ordering began in January. The suggested retail price is $600. Video game enthusiasts are very excited about this this new device; however, roadtovr.com contributor, Ben Lang,  reported that some people are not very enthusiastic about the price.

An inside look at the Oculus Rift

The Oculus Rift was created by Palmer Luckey, a 23 year old graduate from California State University. He founded VR, the company that produces the Oculus Rift. Palmer developed the prototype for the Oculus Rift using new and used headsets. Now the Oculus Rift has enthusiasts everywhere discussing the endless gaming possibilities.