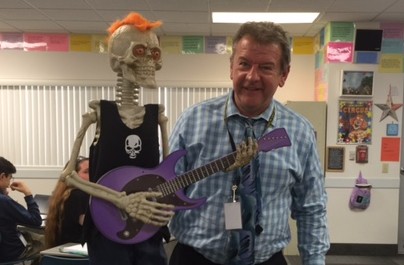 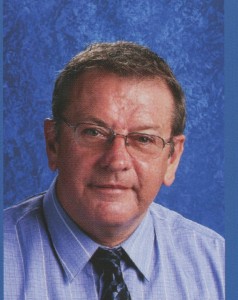 Mr. Lawson is an intriguing individual who has been inspiring Saint Thomas Aquinas (STA) students ever since he moved to Fort Lauderdale fifteen years ago. Teaching students to recognize the values in life and sending them on their way with inspirational advice is a job he has done successfully. Any student who has spent time in his classroom gains a new perspective.

Born in Wimbledon, England, he didn’t always have love for school. In fact, he was expelled at the age of fourteen and decided to forge his own path in life. While studying in a seminary, he discovered that he had more of a passion for teaching than for the priesthood. However, he did not want to leave God behind, so he pursued a degree in philosophy and theology. When he first arrived in America he took up residence in Wisconsin, but soon grew tired of the cold weather and moved to Fort Lauderdale.

He started teaching theology at STA fifteen years ago. Students are awed by the 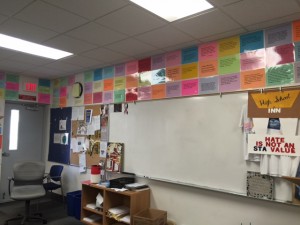 immense knowledge that he shares with them each day. Mr. Lawson loves quotes: colorful papers, featuring quotes credited to both Mr. Lawson and many influential people, line his classroom walls. His students are encouraged to interpret the meaning contained within every quote, as long as they look closely enough. Mr. Lawson teaches his students to pursue their passions because it will reap many rewards. One of his favorite sayings is, “If you find something you have a passion for, you’ll never work a day in your life.” Luckily for STA students, Mr. Lawson has found his passion in teaching and spends his days dedicating himself to inspiring students and encouraging them to find their own passions. His reason for teaching at STA is to play a role in facilitating opportunities for his students to fulfill their dreams.

Beyond the gates of STA, Mr. Lawson enjoys swimming, reading, writing, and going to the theatre. He has even written and published a book! For many years, Mr. Lawson has been encouraging students and inspiring them. His quotes, advice, and idioms will carry on long after his students have graduated.