Amtrak, Not So ‘On-Track’ 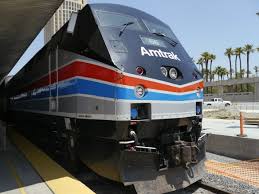 On Sunday, April 3, 2016, three train accidents occurred in Pennsylvania and Illinois that resulted in three fatalities and more than 35 injuries. According to rt.com, the accidents took place in Chester and Bensalem, Pennsylvania and Somonauk, Illinois. The National Transportation Safety Board (NTSB) stated that they would launch an investigation to determine whether mechanical or operational problems were factors in the incident. Lawmakers, as well as the public, have raised many questions about how the derailments and crashes occurred. In the Chester derailment, the train continued on course, even after operators spotted heavy machinery blocking the tracks. Train commuters across the country, who are concerned about the frequency with which these calamities have occurred, question the safety and security of railroad transportation. 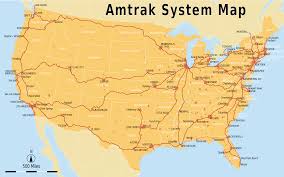 Map of all Amtrak Corporation’s railroads
in the United States.

The first of the accidents happened at approximately 7:50 A.M Eastern Time (ET) in Chester, Pennsylvania, when a train carrying 341 passengers smashed into a backhoe. The crash killed Joseph Carter, the driver of the backhoe, and his supervisor Peter Adamovich, both veteran Amtrak workers. According to NTSB investigator Ryan Frigo, they recovered the train’s data recorder, along with the forward and inward-facing cameras, from the wreckage. The video evidence was then sent to NTSB’s laboratory in Washington, D.C., for thorough examination. Upon reviewing the footage, it was discovered that the train was traveling at 106 MPH along a stretch of track designed for a 110 MPH speed limit. Frigo also stated that the engineer began to brake only five seconds prior to the collision. The evidence from the investigation will hopefully reveal the source for this tragic incident.

Dana Ford of cnn.com reported that there were two other Amtrak accidents on Sunday. At 4:00 P.M. ET, in Somonauk, Illinois, an Amtrak train hit an automobile at a crossing, resulting in the death of Joshua Wilson. Wspynews.com stated that Wilson’s car was heading northbound on Green Street in Somonauk when he allegedly moved around the crossing where his vehicle was hit. In Bensalem, Pennsylvania, a man was struck by a train after he attempted to cross the tracks on Sunday evening. Authorities reported that the unidentified man lost his leg as a result of the accident. 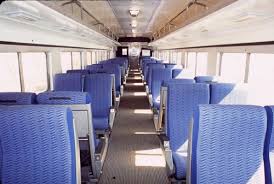 View from inside an Amtrak passenger train. Photo By: Simon Pielow

There are several precautions designed to protect railway workers. Some examples are an emergency electronic system that cuts power to approaching trains, spotters who alert engineers with flags and air-horns, and a control operator who monitors all the trains traveling in the area. According to the Federal Railroad Administration (FRA), all workers are notified when there are any alterations made to their work assignment. It is stated in the regulations that “working limits shall not be released until all affected roadway workers have either left the track or have been afforded on-track safety through train approach warning”. The NTSB is investigating how these accidents have occurred despite the safety regulations that are currently in place.