Warning: Creating default object from empty value in /home/customer/www/raiderreview.org/public_html/wp-content/themes/newedge/admin/inc/class.redux_filesystem.php on line 29
 Starbucks: Cup Half Full or Half Empty? – Raider Review

Starbucks: Cup Half Full or Half Empty? 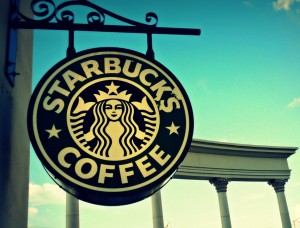 Wednesday, March 16, 2016, Northern California residents Siera Strumlauf and Benjamin Robles, filed a lawsuit against coffee giant, Starbucks Coffee Company. The lawsuit claimed that the company has been willingly and methodically distributing 25 percent less coffee than the quantity stated on their menus.

Starbucks’ customers have the option of choosing from five different cup sizes:  Short (8 fluid ounces), Tall (12 fluid ounces), Grande (16 fluid ounces), Venti (20 fluid ounces), and Trenta (31 fluid ounces). However, a customer who ordered a 12 fluid ounce drink, would be served 9 fluid ounces. Although Starbucks implied that perhaps the baristas deviated from the standardized sizing, the lawsuit labeled Starbucks’ standardizing system as fraudulent. Furthermore, according to time.com, the suit claims that the company “has saved countless millions of dollars in the cost of goods sold and was unjustly enriched by taking payment for more product than it delivers”. The plaintiffs are encouraging anyone who purchased a Starbucks latte to join the lawsuit. This could potentially be a significant number of people. 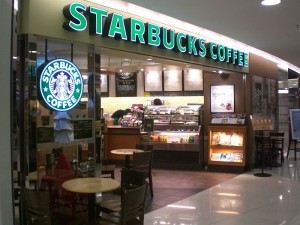 In a study done by Rossen Reports, customers purchased the same latte sizes at several different Starbucks locations, then used measuring cups to compare the quantities, after allowing the foam to settle. Rosen Reports’ findings substantiated the plaintiff’s claims. Starbucks deemed the experiment “unscientific” and claimed that the results lacked “merit”. According to a today.com report, Starbucks continues to defend its products by claiming that the reports “ignore how lattes are composed and their physical attributes when handed to the customer.” Jeff Rossen and Lindsey Bomnin of today.com state that Starbucks asserts that the handmade nature of their beverages increases the likelihood of variations in its cups. Some regular Starbucks patrons disagree with the plaintiffs, claiming that if Starbucks filled the latte cups even more than the company already does, there might be an increase in the number of “hot coffee” lawsuits. Starbucks’ policies, which continue to peeve customers, will ultimately necessitate significant changes to their business practices.