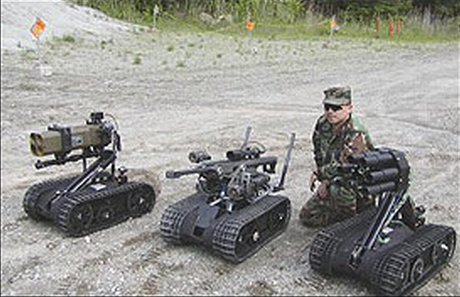 On June 26, 2016, after a month of intense combat, gunfire ceased and the city of Fallujah was released from the oppressive grip of the Islamic State. The Iraqi Security Force’s (ISF) victory marked a major turning point in the struggle to reclaim their nation’s land. Fueled by this success, Iraqi forces began their efforts to take back the city of Mosul. As the second largest city in Iraq, Mosul is a stronghold for ISIS and is roughly 400 kilometers north of Baghdad. Currently the ISF, along with limited aid from the United States, is in the process of attempting to permanently drive out the Islamic State. However, this time the ISF is also aided by a new revolutionary weapon that could effectively change the outcome of future battles. 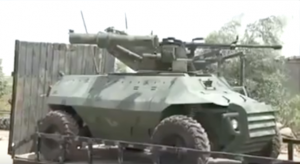 Alrobot, the name for this innovative technology, roughly translates from Arabic as “robot”. It was developed by two Iraqi brothers who designed this advanced machine to be the possible future of the ISF’s ground arsenal. According to a video posted by the Baghdad Post, “it’s equipped with four cameras, a machine gun, and a rocket launcher.” This extraordinary new machine can be easily controlled by a laptop, from about a kilometer away, potentially revolutionizing combat and reconnaissance. 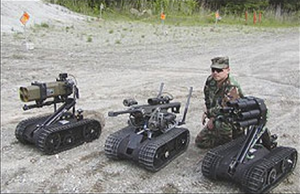 While Alrobot could be the first ground robot ever to enter combat, there were previous attempts made by numerous countries to deploy similar technology. In 2007, the United States deployed three small robots under the Special Weapons Observation Reconnaissance Detection System program, or SWORDS. Unfortunately, this initial project was short-lived. According to an article in Popular Mechanics, Army Program Manager Kevin Fahey stated, “The gun started moving when it wasn’t intended to move”. While no injuries occurred, it was decided that the robots posed too great a risk and the program was scrubbed. 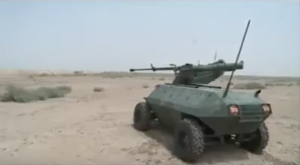 So far, the testing of Alrobot is proving much more effective and functional than the American counterpart, though it has yet to be deployed in battle. This being the case, the looming question is how well it will function and fight in real-life scenarios. However, if Alrobot proves successful in the fight against ISIS, it could mark a huge advance in modern military developments to reduce friendly-fire casualties in combat.