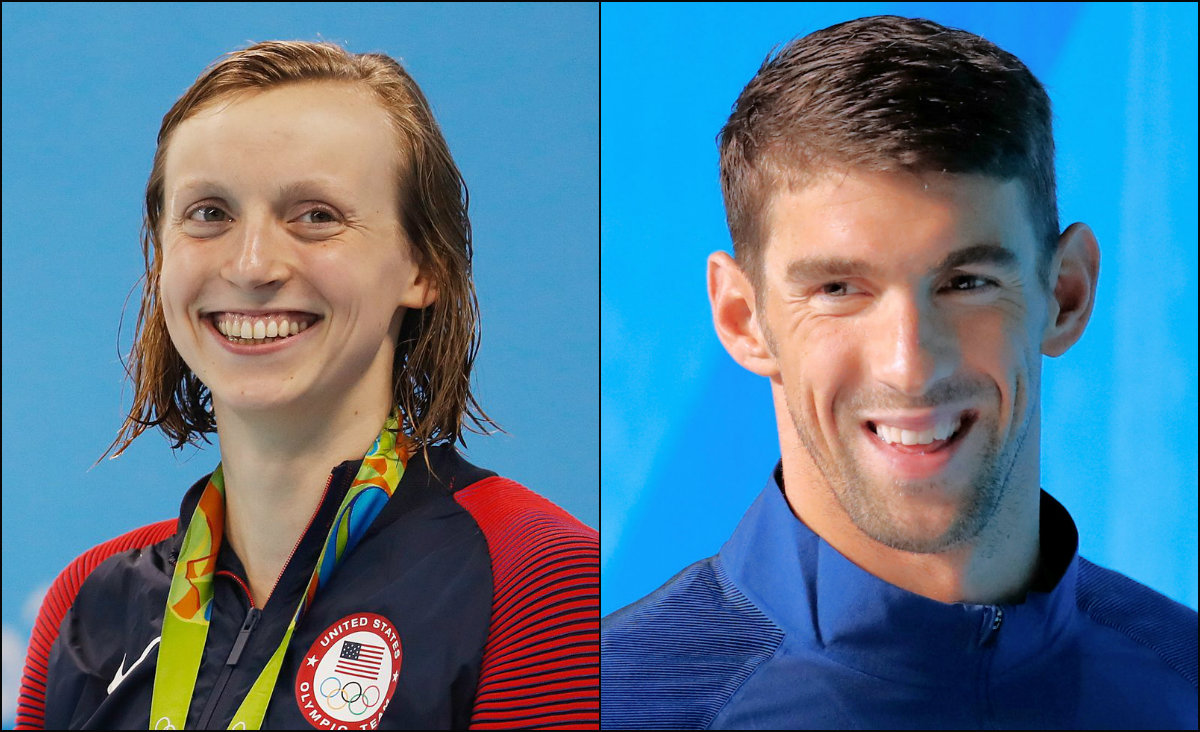 All Olympic athletes dream of sporting a gold medal around their necks. Michael Phelps and Katie Ledecky, two exceptional swimmers who participated in the 2016 Rio Olympics, just happen to earn a total of 32 Olympic medals. Their remarkable performances in Rio showcased their outstanding talents and kept them at the forefront of the news.

Michael Phelps at the award ceremony receiving a medal for the Men’s 200 meter Butterfly competition.

Michael Phelps, the most decorated Olympian of all time, began his rise to the top when he was only seven years old. At the age of 15, Phelps’ outstanding talent was recognized during the 2000 Olympics at Sydney. He was the youngest American swimmer, chosen to participate in the Olympic Games, in the last 70 years. Four years later at the Olympics in Greece, he won his first Olympic gold medal in the 400-meter individual medley and went on to win five other gold medals and two bronze. Phelps, his neck laden with medals, left Greece with a taste of glory. During the next two Olympics, Beijing and London, he added  14 more medals to his collection.

After the London Games, Michael Phelps announced his intention to retire, but couldn’t resist the urge to compete, so he delved into vigorous training to prepare for the 2016 Rio Games. At the Rio Olympics, his last Olympic Games, Phelps went out with a bang, taking home one silver and five gold medals. He finally reached the end of his Olympic career with an impressive 28 Olympic medals. He is leaving a remarkable legacy and will forever be remembered as the most decorated Olympian of all time. 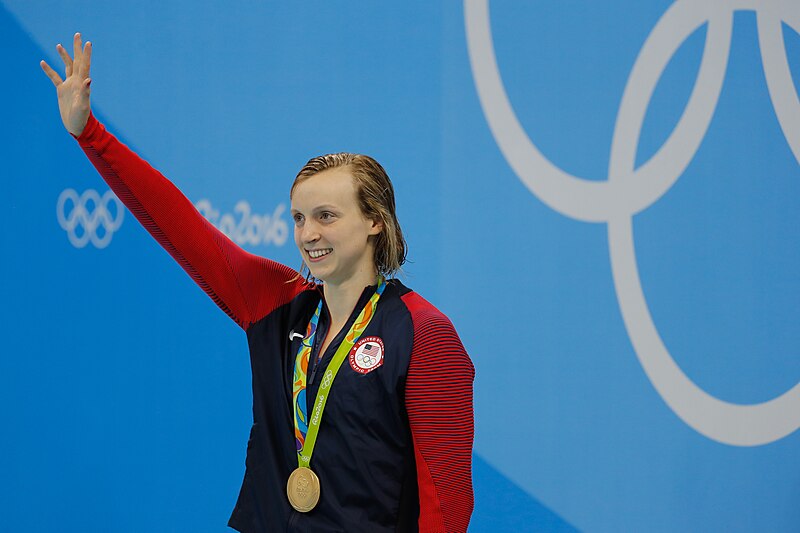 Katie Ledecky, only 19 years old, is another American athlete who is well on her way to becoming one of the greatest Olympic swimmers to compete. Katie grew up in Bethesda, Maryland, and  began swimming on a summer league, at the age of six. Similar to Michael Phelps, she first garnered worldwide attention at the London 2012 Summer Olympics, as team USA’s youngest athlete. Speeding past her opponents, she won gold and broke Janet Evans’ 1989 American record in the 800m freestyle.

At the Olympic games in Rio, Katie Ledecky added to her record of successes. She finished far ahead of her opponents in the Women’s 800m freestyle and 400m freestyle, breaking her own world records in both events. She also won gold in the 200m freestyle, making her the second woman, since Debbie Meyer in 1968, to win all three events. Additionally, she earned a gold medal as part of the Women’s 4×200 freestyle relay team and a silver in the 4×100 freestyle relay.

What other great achievements will these outstanding athletes attain? Katie Ledecky is committed to Stanford University and will likely be competing in the worldwide arena for years to come. At 31 years old, Michael Phelps plans to retire from Olympic competitions. Regardless of where the future takes them, Katie Ledecky and Michael Phelps have set a very high bar  for future athletes in the sport of swimming.