Deprecated: The each() function is deprecated. This message will be suppressed on further calls in /home/customer/www/raiderreview.org/public_html/wp-content/plugins/js_composer/include/classes/core/class-vc-mapper.php on line 111
 Coming Back Home – Raider Review 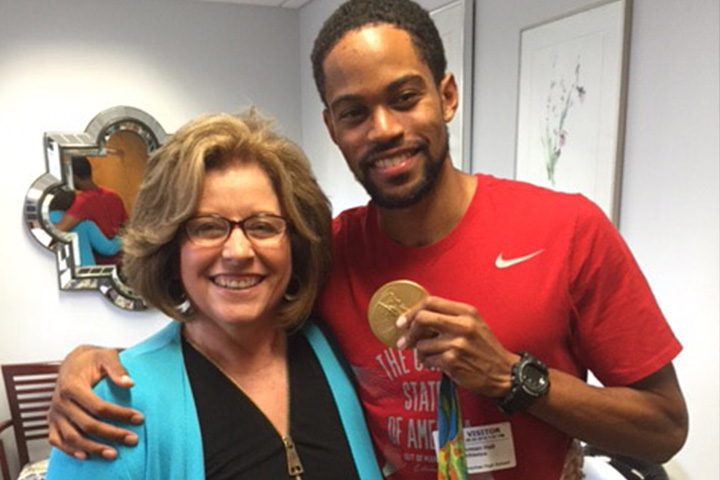 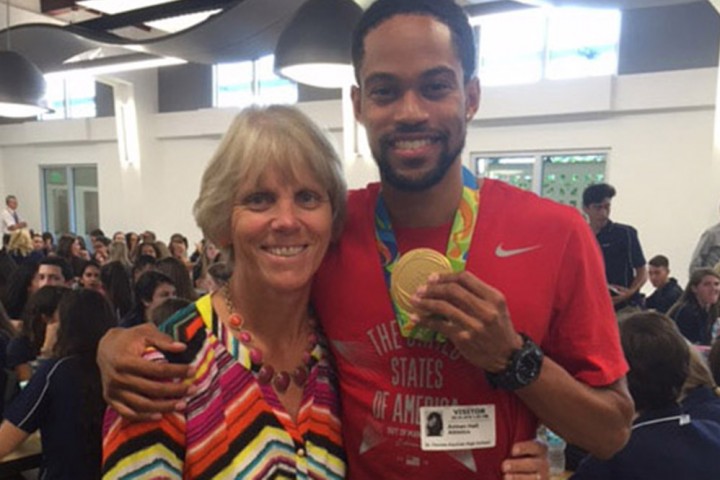 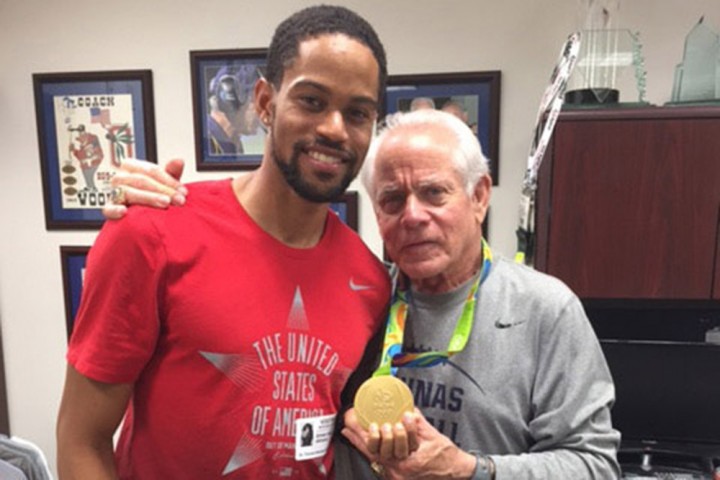 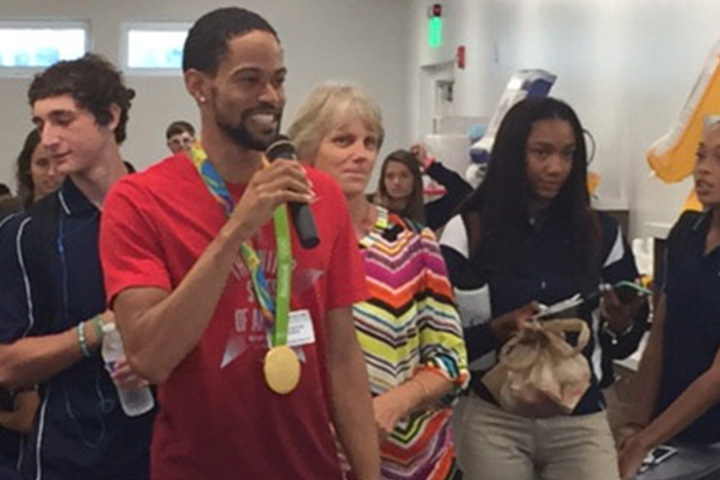 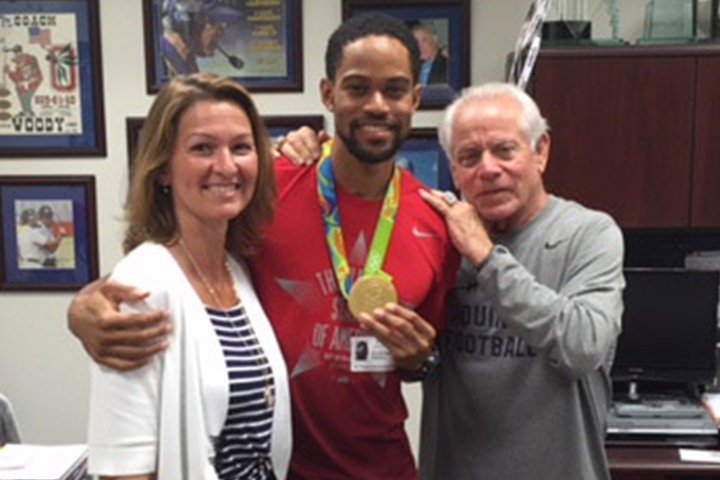 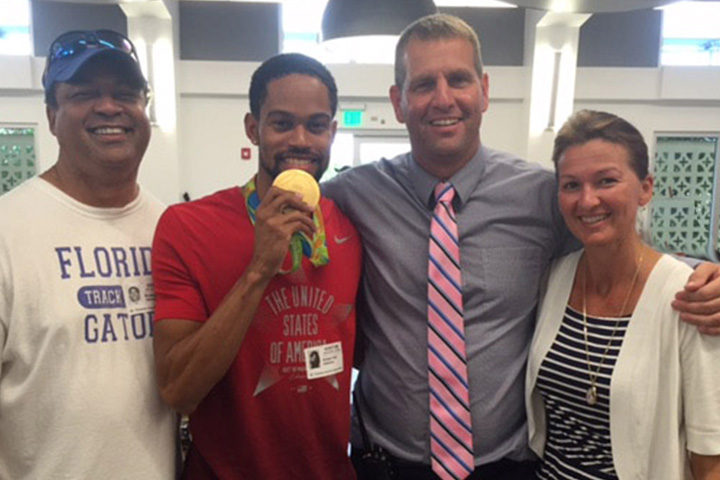 On August 24, 2016, Olympic Gold medalist Arman Hall visited his alma mater, Saint Thomas Aquinas (STA). Returning to campus was a nostalgic experience for Mr. Hall and his teachers were delighted to see him. In an interview with reporter Shannon Scandiffio, he said “It brought back great memories and great times with [teachers], I enjoyed having a laugh with them and seeing how the school has changed so much”.  When asked how it felt to return to STA  he replied, “It felt normal and I was a little more embarrassed than usual because of the fact that all the faculty wanted me to just talk to everybody and they wanted to call me a celebrity. I’m just a normal guy … trying to come back and say hi to everybody”.

According to STA Athletic Director George Smith, when Hall was in 6th, 7th, and 8th grades he participated in track and football. Once he enrolled at STA, he focused on track for four years. He wanted to play football too, but Coach Smith recognized his talent as “a runner” and  did not want him to risk getting injured on the field. Not only was he good at sports but Coach Smith described Arman Hall as “ … smart and strong, very polite, serious, and kind.”  Mr. Hall said that he had to return to STA campus to keep his promise to  Coach Smith.

After Arman Hall  graduated high school, in 2012,  he went into the NCAA World Outdoor Championship 400m and won third place at just 19 years of age. This year, at 22, he competed at the 2016 Rio Olympics games. He took second place in round one of the men’s 4x400m Relay, which qualified him for the finals, where he won first place and ran a remarkable 2:57:30. During the interview Arman Hall explained that his training at STA was “… a lot of hard work and a lot of determination to go through, but [Coach Alex] was the first [coach] that helped me grow into the young man I am today, going into college.” Raiders had a great time seeing the Gold Alumni once again.