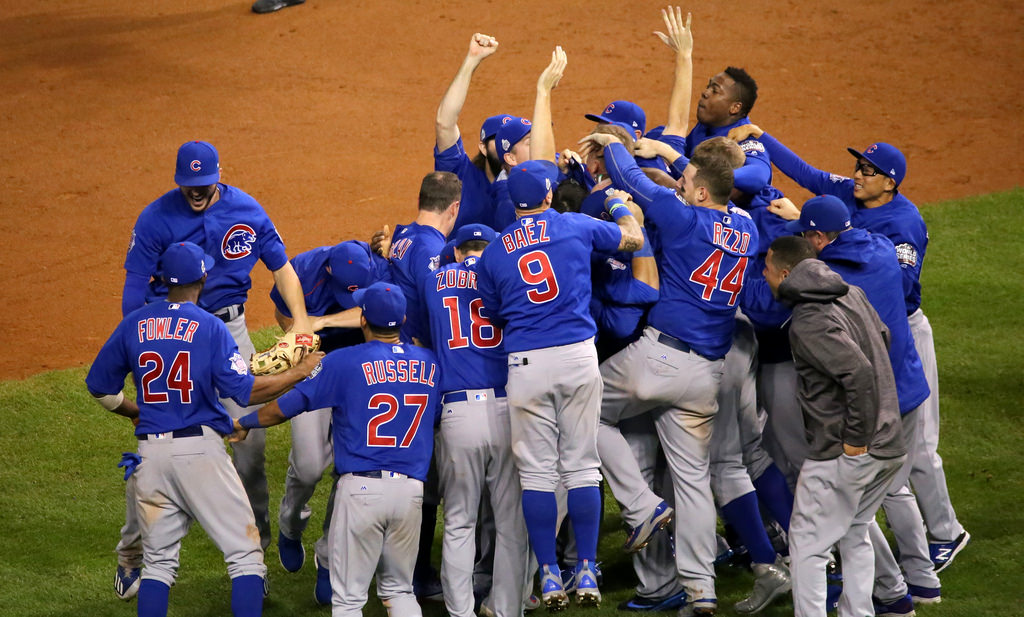 After a long, heartbreaking wait, the Chicago Cubs and Cleveland Indians finally appeared in the 2016 World Series. The last time these teams participated, World War II had just ended and the Cold War was beginning (Cubs 1945, Indians 1948). Some fans blame the fact that the Cubs have not won a World Series since 1908 on the Curse of the Billy Goat. This occurred when a fan named William Sianis brought his billy goat to game four of the 1945 World Series. When he was not permitted to enter with his goat, he said, “The Cubs ain’t gonna win no more! The Cubs will never win a World Series so long as the goat is not allowed in Wrigley Field.” This curse has now been lifted. 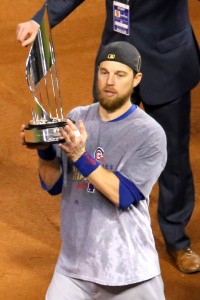 The first game at Progressive Field featured a great pitching duel between Jon Lester (Cubs) and Corey Kluber (Indians). Corey Kluber threw a gem, getting nine strikeouts in six innings. Roberto Perez also helped by adding two homers and four RBI’s. The Indians ended up on top, 6-0. Needing a win in game two, the Cubs put Jake Arrieta on the hill and he came through, allowing only one run. The Cubs bounced back with a 5-1 victory. The series then headed back to Wrigley Field where Cleveland outscored Chicago in the next two games, 8-2, to take a commanding 3-1 series lead. In World Series history, only 12 of the 81 teams have come back from such an enormous deficit. In game five, after a strong performance by Jon Lester, Coach Joe Maddon went to Carl Edwards Jr. for one out and then Aroldis Chapman for the final eight. He closed the door to seal the victory, 3-2. The Cubs followed with a commanding 9-3 victory in game six to force a game seven. In the series finale, Corey Kluber started once again for the third time in the series for Cleveland and Kyle Hendricks went for Chicago. The Cubs were ahead most of the way, and were four outs away from a World Series title. The Indians didn’t back down and were able to score three runs to tie the game and force it into extras. Chicago prevailed and was able to score in the 10th to win their first World Series in 108 years. Ben Zobrist took home the MVP honors as the Windy City celebrated an historic win!