For twenty-five million years, the Great Barrier Reef has been one of the planet’s largest sources of biodiversity and the world’s largest coral reef. Sadly, humans have managed to destroy ninety-three percent of it in little more than a century. In October, 2016, Lizard Island, the largest part of the reef, was pronounced dead.  Humans are finally seeing the extent of the damage caused by climate change and global warming. 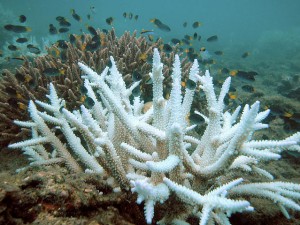 The majority of the reef is dying because of coral bleaching. The algae known as zooxanthellae that lives within coral gives the coral its brilliant colors and provides the majority of nutrients. When coral becomes stressed due to extreme changes in light, temperature, or nutrients, it releases the algae from its tissues. Not only does the coral lose its source of nutrients, but also its vibrant colors. If conditions are optimal, the coral will recapture the zooxanthellae and return it to its skeleton. Because of global warming and El Nino, temperatures are too warm, which causes the coral to be too stressed to recapture the zooxanthellae. This is what has been happening within majority of the Great Barrier Reef.

Some scientists express optimism. Professor John Pandolfi from the Australian Research Council Centre stated, “It is critically important now to bolster the resilience of the reef and to maximize its natural capacity to recover.” Certain changes and improvements have already started to take place. On September 28, 2016, the Australian government issued the first Reef 2050 Plan annual report, allocating a $2 billion investment to improve the reef’s health. The plan has already accomplished 29 of the 151 proposed actions, and the government hopes quickly accomplish even more of these actions. 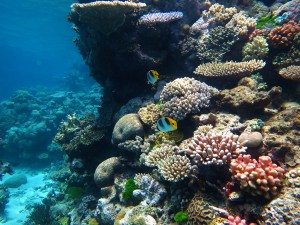 Ms. Lowe, St. Thomas Aquinas’ Marine Biology and AP Environmental Science teacher, points out that, “Unfortunately the future of the Great Barrier Reef is an international issue. Unless we combat global climate change, the demise of the reef is imminent.” The sad fate of the Great Barrier Reef, a source of life for a multitude of species, shouldn’t cause fear, but rather an increased awareness of human impact, especially wastefulness. While human actions were the cause of the reef’s destruction, hopefully they can also be the cause of its salvation.