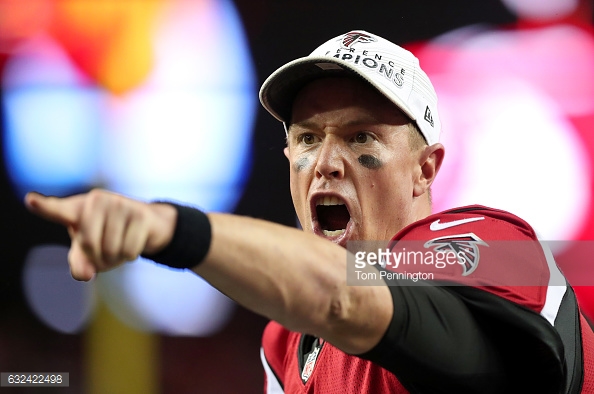 At the start of 2017, football fans everywhere were looking forward to watching the NFL Playoffs. This event is comprised of twelve teams (six from the East and six from the West). In the first round,  the Oakland Raiders played the Houston Texans in Houston; Detroit Lions played the Seattle Seahawks in Seattle;  the Miami Dolphins played the Pittsburgh Steelers in Pittsburgh; and the New York Giants played the Green Bay Packers in Green Bay. The two highest seeds from both divisions had a bye-week. The teams representing the West were the New England Patriots, and the Atlanta Falcons and the East was represented by the Dallas Cowboys, Kansas City Chiefs. 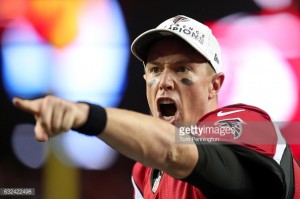 The first game was played in Pittsburgh Pennsylvania, where the Miami Dolphins tried to defeat Ben Roethlisberger and his Steelers. The Steelers blew past the Dolphins 38 -12. The Houston Texans defeated the Oakland Raiders 27-14. The Seattle Seahawks beat the Detroit Lions 26-6. The Green Bay Packers defeated the New York Giants 38-13.

After the first round of games, six teams remained.  In the divisional round games of American Football Conference (AFC) the Houston Texans failed to defeat the New England Patriots at Gillette Stadium in New England. The final score was 34-16. In the following game, the Pittsburgh Steelers clinched a win against the Kansas City Chiefs in Kansas 18 to 16. In the National Football Conference (NFC) game the Atlanta Falcons crushed the Seattle Seahawks 36 to 20. The Green Bay Packers beat the Dallas Cowboys 34 to 30. 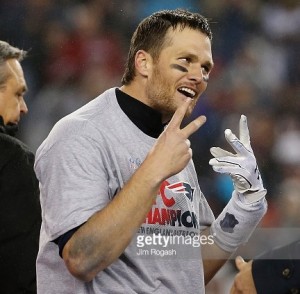 The four remaining teams are left to battle it out. Last week the Patriots defeated the Pittsburgh Steelers in the AFC Championship game 36 – 17. The Atlanta Falcons defeated the Green Bay Packers 44 to 21 in the NFC Championship game. These two wins will send the Patriots and Falcons to Super Bowl LI. Super Bowl LI will take place on Sunday, February 5 2017, at the NRG Stadium in Houston, Texas. Joe Buck, Troy Aikman and Erin Andrews will be the announcers for the big game. The game will air on FOX at 6:30 P.M.