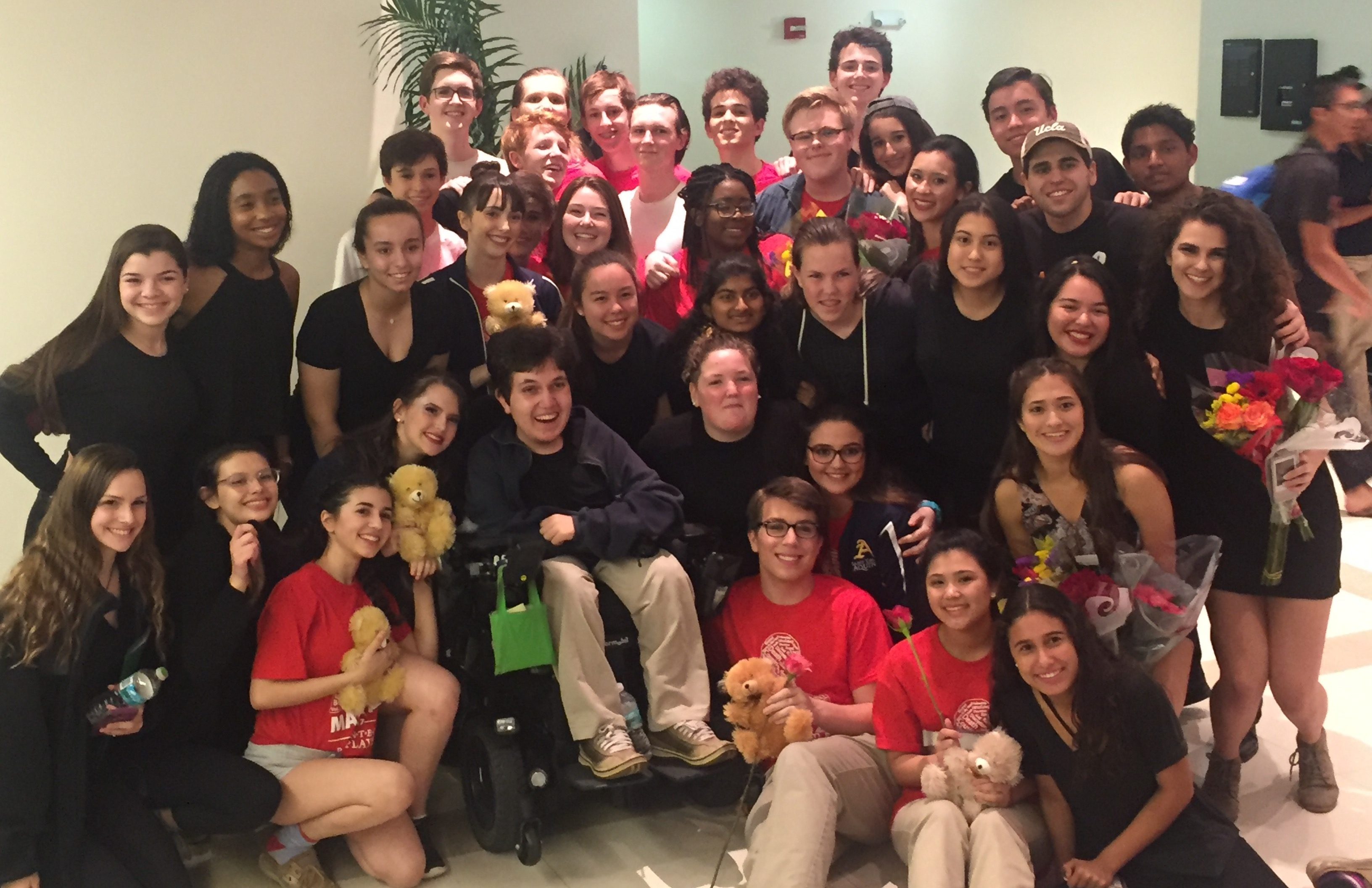 For this year’s spring play, The STA Players chose to take on the play, Everyman by Mark J. Costello. There were performances from March 2-4 at 7 PM and March 5 at 2 PM at the Bienes Center for the Arts. Everyman focuses on morality and the battle between secular living and living a life that is pleasing to God. The plot of the play, according to its director Mr. Jerry Seeger, is, “God looks down on the earth and is very displeased with the behavior of mankind.  He calls upon Death, His mighty messenger, to summon Everyman to his final reckoning. Death encounters Everyman, who represents humankind, and tells her she must go for her final reckoning.  She asks if she can have someone accompany her, Death laughs but agrees to let her if she can find someone willing to make the final journey.” As Everyman prepares to make her final journey, she realizes the errors she’s made in her life and seeks to right those wrongs because only her Good Deeds will follow her to the grave.

The cast and crew did a great job of tackling the complex themes and technical aspects of the play. There is a tradition known as Hell Week, where all the students involved with the play rehearse until 10:00 PM during opening week. These dedicated students were happy to put in the time. Stage manager Peter Pecic said, “ We’re all one big happy family, and I know that’s so cliche, but it’s essentially true. We’re all just one cohesive unit.” All the Thespians made sure that they delivered a show unlike any other that has been performed for the St. Thomas Aquinas (STA) community.

There were many factors that contributed to making Everyman a success. Mr. Seeger said, “We have infused the show with music and movement, augmented characters, and incorporated methods of other eras and genres of theatre.  The rehearsal process has been shorter than some of the others in the past with more intensity.” Cast member Hannah Rarick learned a lot through the process of putting together this production. She said, “I could definitely say this play had a maturity and intelligence to it that I wasn’t even sure I wanted to venture into. It stood out to me as boring and a sort of common theme where the human race needs to stop ‘focusing on material things’, yet the reason it is a common theme is because it is still occurring. Therefore, I gained a respect for the risk Mr. Seeger decided to take on this play. It opened the eyes of some of our audience members as it did for me.”

Audiences were blown away by the STA Players’ performances. English teacher, Ms. Marie Modic said, “ I love to see my students perform in the cast or work in technical aspects of the crew. I can appreciate another side of them.The play inspired me to do some soul-searching about my values and what really matters in life. I recommend STA productions to students and faculty who want entertainment and who seek to discover insights into life. I love to see students meet the challenge of difficult roles in sophisticated shows.”

Everyman was a hit!  It focused on many essential life questions. It gave the audience perspective on what society should be prioritizing in life versus the toxic themes that are constantly emphasized in mainstream media. The Raider community looks forward to supporting the STA Players as they continue to showcase their talents through these insightful works.