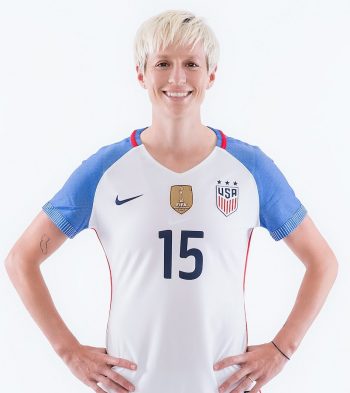 US Soccer: Pledging to Stand

“O say can you see,” the very distinct beginning to the United States’ national anthem, has been played in schools and at sporting events for decades. However, the tradition of standing to attention during the anthem has more recently become a controversial subject.

U.S. Soccer has now implemented a rule requiring all players to stand during the national anthem. According to the Seattle Times, U.S. Soccer officially released the policy on March 4 at their Annual General Meeting in Hawaii. The rule states that, “All persons representing a Federation national team shall stand respectfully during the playing of the national anthem at any event in which the Federation is represented.” This requirement is in response to U.S. women’s soccer star Megan Rapinoe’s decision to kneel during the national anthem before games. She released a statement saying, “It was a little nod to Kaepernick and everything that he’s standing for right now… We need to have a more thoughtful, two-sided conversation about racial issues in this country.” This “nod” was intended to continue the protest and offer back-up to NFL quarterback Colin Kaepernick, who sat while the national anthem was being played during his team’s preseason game, and then kneeled for the rest of the season to maintain his stance on racial issues.

Regarding Megan Rapinoe’s actions, U.S. Soccer President Sunil Gulati expressed disapproval, saying, “There is a right to free speech; she also has the obligations to putting on a national team uniform. And we think those are pretty strong when you’re representing the U.S. national team and wearing the crest.” The details regarding the punishment for a player who does not uphold the bylaw has not been reported. However, time will tell exactly how participants will be affected by this new regulation.