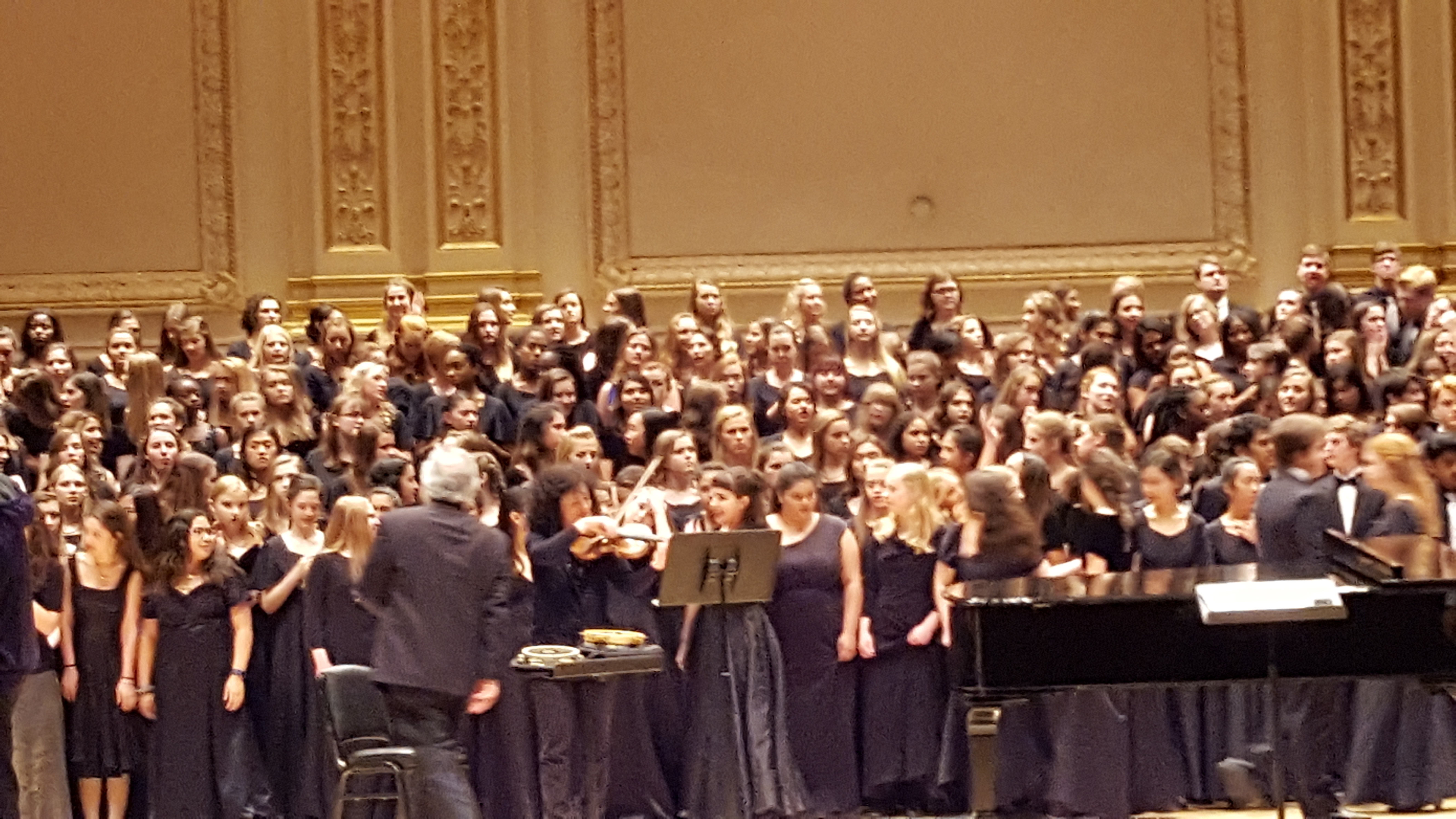 The Saint Thomas Aquinas (STA) choir took a trip to New York City from March 24-27 for a very special opportunity. The St. Thomas Aquinas Choir and Chorale performed with six other choirs from around the country at the world-renowned concert venue, Carnegie Hall. The invaluable experience was very exciting for both students and chaperones. 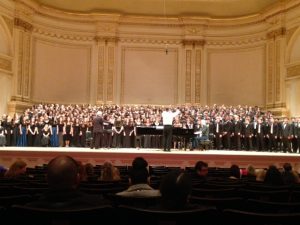 There were many rigorous practice sessions that went into preparing for the Carnegie Hall performance. Sophomore Sara Alegría said, ¨ [We practiced] most of the school year, and once we got to New York we practiced two hours on Friday, six on Saturday, and about two on Sunday.¨ Freshman Liam Harrigan said, ¨Performing at Carnegie Hall was amazing and a once-in-a-lifetime experience. Looking up and seeing the four massive balconies filled me with awe.¨

While giving an amazing performance at Carnegie Hall was the 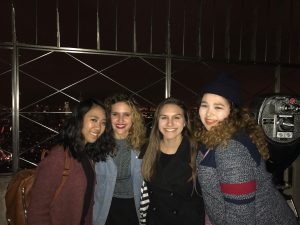 focus of the trip, choir members and chaperones still found time for other fun excursions. Sophomore Cecilia Tomé said, ¨On Friday after practice, we saw Cats on Broadway; on Saturday night, we climbed to the top of the Empire State Building; and on Sunday before our performance, we went to see the Statue of Liberty. My favorite part of the trip was looking down on the city from the top of the Empire State Building; it is a truly incredible and beautiful view, especially at night.¨ 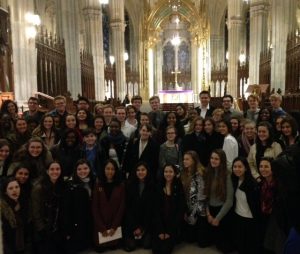 Not only did students have a great time on the trip, but so did the chaperones. Ms. Marianne Jones said that “Attending the Broadway show Cats, going to Mass in St. Patrick’s Cathedral, and walking through Times Square with students,” were some of the things that she enjoyed most. She added, “ … but I think the true highlight would have to be the performance at Carnegie Hall.” Mrs. Kathleen Myrick noted how important this trip was for the students. She said, “It definitely was a good opportunity for the students because they met others who share their gifts of music and song.”  Mr. Patrick O’Dea said, “All four teachers were immensely proud of our talented performers, and we loved the beautiful sound that they created in this historic venue.”

The Carnegie Hall trip was definitely exciting and unforgettable for the students and teachers fortunate enough to participate. The STA community will always support their choir as they continue to share to share their gifts.