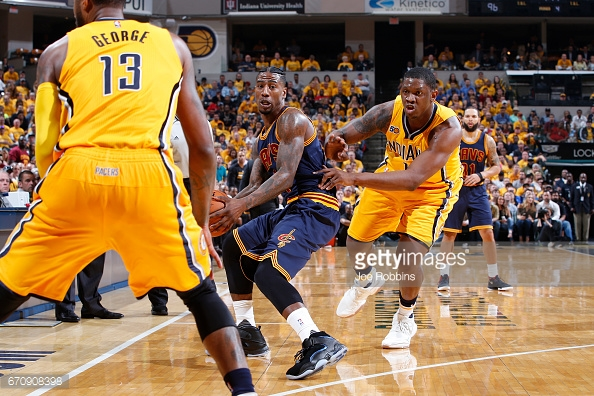 By Gabriel Rabinowitz, Nicholas Ayala and Shannon Scandiffio
MAY 10, 2017 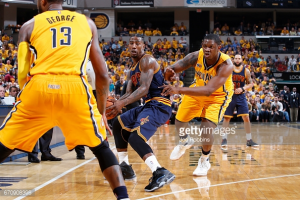 The NBA Playoffs are underway and sixteen teams are competing for their chance to win the title.  According to ESPN.com, the Playoffs is a best-of-seven elimination tournament that will ultimately decide the league’s season champion. Eight teams compete to represent the Eastern Conference in the finals. In the West, eight teams are competing to represent the Western Conference in the Finals. There are four rounds in the Playoffs, including the Finals.

The first round matchups for the East began when the Boston Celtics took on the Chicago Bulls. The three remaining matchups were Cleveland Cavaliers vs. the Indiana Pacers, the Toronto Raptors vs. the Milwaukee Bucks and the Washington Wizards vs. the Atlanta Hawks. Out West the matchups were the Golden State Warriors versus the Portland Trailblazers, the Los Angeles Clippers versus the Utah Jazz, the Memphis Grizzlies versus the San Antonio Spurs, and the Houston Rockets versus the Oklahoma City Thunder. 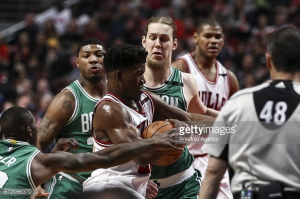 A team must win four of the seven games in order to continue to the next round. The Cleveland Cavaliers, the Golden State Warriors, the Toronto Raptors, the Washington Wizards, the Boston Celtics, the San Antonio Spurs, the Utah Jazz and the Houston Rockets will be competing to represent their conference in the finals to win the NBA title. The Cavaliers swept the Raptors and are starting off with a two-game to zero lead. The Warriors defeated the Utah Jazz in four straight games.

The Houston Rockets defeated the San Antonio Spurs on May 1,  in game one, but the Spurs came back and evened up the series in game two. The Boston Celtics and Washington Wizards also split the first four games.

It will be a long and exciting playoff season for the teams and the fans.