Sports are a big part of American culture. The staple sport is arguably American football, but there are many other international sports that have been embraced recently. Among those sports is European football, better known as soccer.

Soccer continues to gain a more commanding presence in the United States, as evidenced  by the El Clásico match between Real Madrid and Barcelona which is scheduled to take place on July 29 at the Hard Rock Stadium in Miami, Florida. 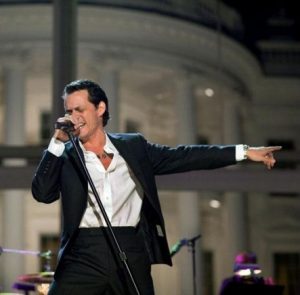 Barcelona and Real Madrid are two very popular professional Spanish football rivals. According to soccer365.com, whenever the clubs face off, the match is referred to as El Clásico. This match is set to break many records. According to upi.com, ¨The Real Madrid vs. Barcelona clash will take place outside of Spain for the first time since 1982 and the second time ever.¨ Marc Anthony is also set to perform at El Clásico’s first-ever halftime show.

Over the years the popularity of soccer in the United States has steadily increased.  As the Major League Soccer (MLS) franchise continues to expand, the teams are drawing bigger crowds.  According to umbel.com, the average per-game attendance has increased 40% over the last 10 years. More United States networks are broadcasting soccer games. In fact, the number of TV networks broadcasting games has increased from five in 2010 to thirteen in 2015.  There are also more children and teens playing soccer in the United States. The Youth Soccer Organization states that participation in the sport is now thirty times higher now than it was 40 years ago.

The El Clásico will be a must-watch event, and it will be a monumental statement for the growing popularity of soccer in this country. It’s exciting to see people embracing diverse cultures through sports. It serves as a reminder that, at the end of the day, people share more similarities than differences.