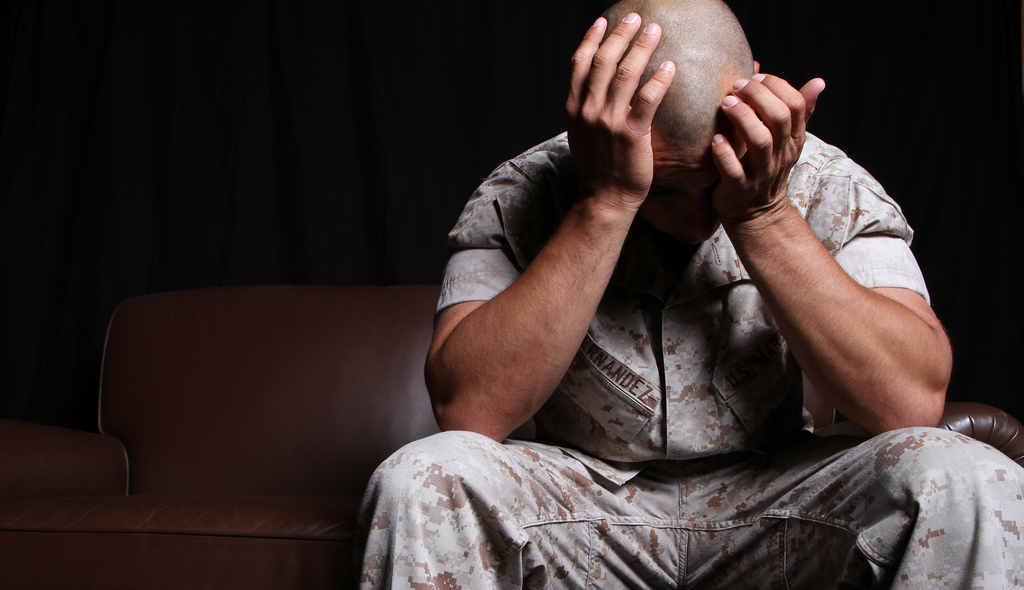 Have you ever wondered what life is like for traumatized soldiers after a war?

According to The Nebraska Department of Veteran Affairs, about 20 percent of troops return from war with PTSD, and an average of 20 veterans commit suicide each day. In recent years, scientists from the University of Southern California Institute for Creative Technologies have developed a new therapy for treating PTSD using a software program called BRAVEMIND VR Exposure Therapy. In Exposure Therapy the patient works with a trained therapist who encourages him or her to talk about their traumatic memories and openly discuss the root cause of their suffering.

Vets are entitled to free treatment and, for those who are inclined to take advantage of this service, treatment can be found at a majority of VA hospitals. Along with treatment, the  Department of Veterans Affairs is committed to providing veterans with monetary support through the  Disability Compensation program. In order to be eligible, a veteran must file  a claim with the VA and provide medical evidence that he or she suffers from PTSD that is directly connected to military service.

In the United States Marine Corps the motto is  “ once a marine always a marine”, and Mr. Castellanos is a prime example of a marine in need. Simon Parkin, a reporter with NBC News, told the story of Jimmy Castellanos, who suffers from PTSD. Mr. Castellanos was in the Marines for only five months, stationed in Iraq, when he was assigned to guard duty instead of riding with a convoy, so his friend and bunkmate took his place on the convoy. At about 10:00 p.m that evening, tragedy struck. A mortar explosion hit the truck that he would have been riding and Castellanos’ friend sustained injuries that resulted in paralysis. A marine who was sitting in the seat where Castellanos would have been sitting was killed instantly.

Returning to America, three years later, Castellanos started to exhibit side effects from that incident. He was showing signs of nervous compulsions. For example, every night he would make sure that all of the doors and windows in his home were locked, but after going to bed he would get up and check the locks again.  When he finally slept, his dreams were always about Iraq. Another issue occurred when he needed to use a public bathroom; he would check behind every stall door before using the facility. He had great difficulty talking about the incident that triggered these behaviors.

After returning from his VR therapy sessions, Castellanos would cry himself to sleep because he was exhausted. Eventually Castellanos reached  his final session of VR. He found the treatments to be intense. Once the sessions were completed, his symptoms started to leave and after 13 weeks, he was more relieved than he had been the previous ten years. His memories of deployments no longer tormented him.

As Americans we need to reach out to our soldiers and become more aware of this serious issue. The brave men and women who risk their lives for our freedom are coming home from one war and then starting another war with their own psychological state.