The seniors are starting their fourth year at Saint Thomas Aquinas High School (STA), and it is time for them to pass the light of their knowledge to the freshmen. The underclassmen could always use guidance from the more experienced Raiders. So Raider Review surveyed seniors to determine what sage wisdom they would like to share. Read on to find out how seniors responded to questions about their favorite events, what they felt is the most important advice for underclassmen, and whether seniors would be willing to do it all over again. 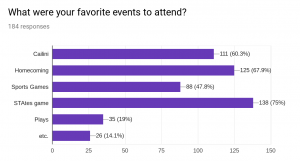 The top three choices were the STAtes game, Homecoming, and Cailini. Seniors also showed quite an interest in sports. 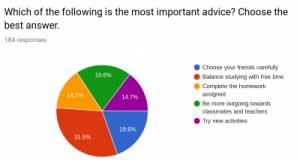 Approximately one-third of those who responded thought that balancing time for study and relaxation were a priority for getting the most out of the years at STA. Choosing friends carefully and being more outgoing drew an equal number of responses, indicating that this is an important part of participating in the Raider community. 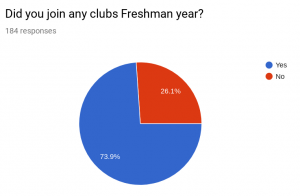 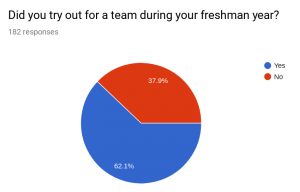 Between sports and clubs, the seniors seemed to have been very involved in extracurricular activities from the start. More than 50% of the seniors that responded had joined at least one sport or club during their freshmen year. STA provides a diverse selection of after-school activities that are sure to please every taste. This creates an ideal balance between education and having fun in our school environment. 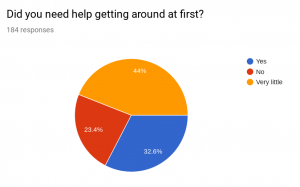 It was not surprising to find that so many seniors answered “Yes” to this question, because STA is such a large campus. Perhaps the seniors who said that they did not need help getting around, during their freshman year, had upperclassmen siblings or friends to help them find their way. Another way to become familiar with the campus is to enroll in the Summer Session programs. 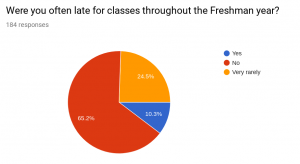 As expected, most seniors indicated that that they were not late for classes during their first year at STA. Freshmen tend to ask for directions and hurry through the hallways to avoid being late. Sometimes freshmen will get lost or stuck in hallway traffic, which might explain the 35% who were sometimes late to class. 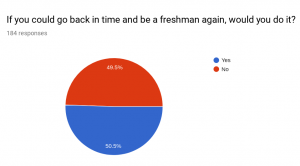 Hopefully this insight into the seniors’ experiences as freshmen will help incoming freshmen understand that it is okay to be hesitant when finding their way around campus. Overall, seniors advise that joining a club or trying out for a sport is a great way to become involved in the STA community. Advice is always helpful from older students and the Class of 2018 has been generous with their recommendations about how to make the most of Raider life. Thank you seniors!