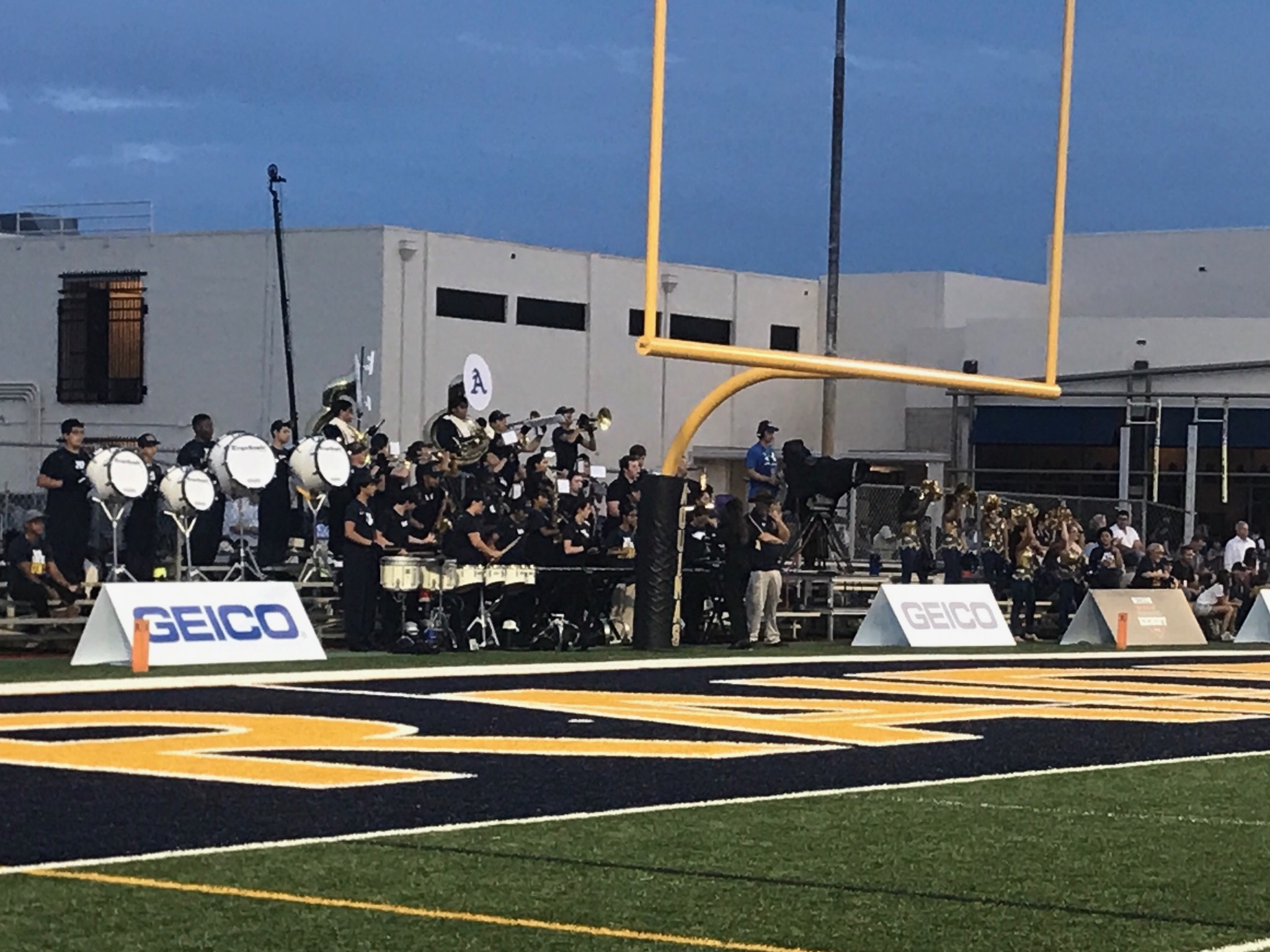 There is more to the life of a St. Thomas Aquinas (STA) Marching Raider than meets the eye. Although these talented musicians don’t have to do sprints during practice after school, every day, they do perform a rigorous routine at all the football games. They also take part in major band competitions throughout Florida. Members of the marching band  spend so much time together that they have formed a second family.

The Raider Review had the opportunity to speak with the Marching Raiders Drum Major Samantha Hernandez and secretary Shalia Moscat about their favorite experiences with the band. Shalia agreed with Samantha’s response that “… last year when we went to Disney and States.“  The band has always been very supportive of STA’s football team, especially at the State’s games, where they generate excitement for the fans and entertain during their halftime show.

The color guard and twirlers are also a big part of the production. There are currently seven members of the auxiliary. Despite their small number, they add a lot to the performance. Both Raiderettes, Anna Beno and Grace Karbonik, have years of experience in twirling. Anna Beno shared, “My favorite experience with band, in the last three years, is probably the friends I’ve made. Grace and I have twirled all three years together and are best friends because of it.” She continues to stay in touch with Raiderettes that have graduated from STA.

If you are not willing to give up your Friday nights or after-school time, there are other options for you! The concert band rehearsals have already started, but Band Director Mr. Bradford has a Wind Ensemble that meets each week on Monday through Thursday from 7:00 a.m. to 7:50 a.m. There is also a sixth period class during the day for freshman and sophomores who are part of the Concert Band. Students that would like to participate in the Concert Band can still join the Wind Ensemble. Also, anyone with little or no experience can sign up for a Classical Guitar class that takes place during third period! Currently, Mr.Bradford is planning to start a Guitar Club that will meet on Thursdays after school. STA’s music department provides plenty of options for aspiring musicians. Gaining new skills such as playing an instrument can open more doors to scholarships and opportunities!