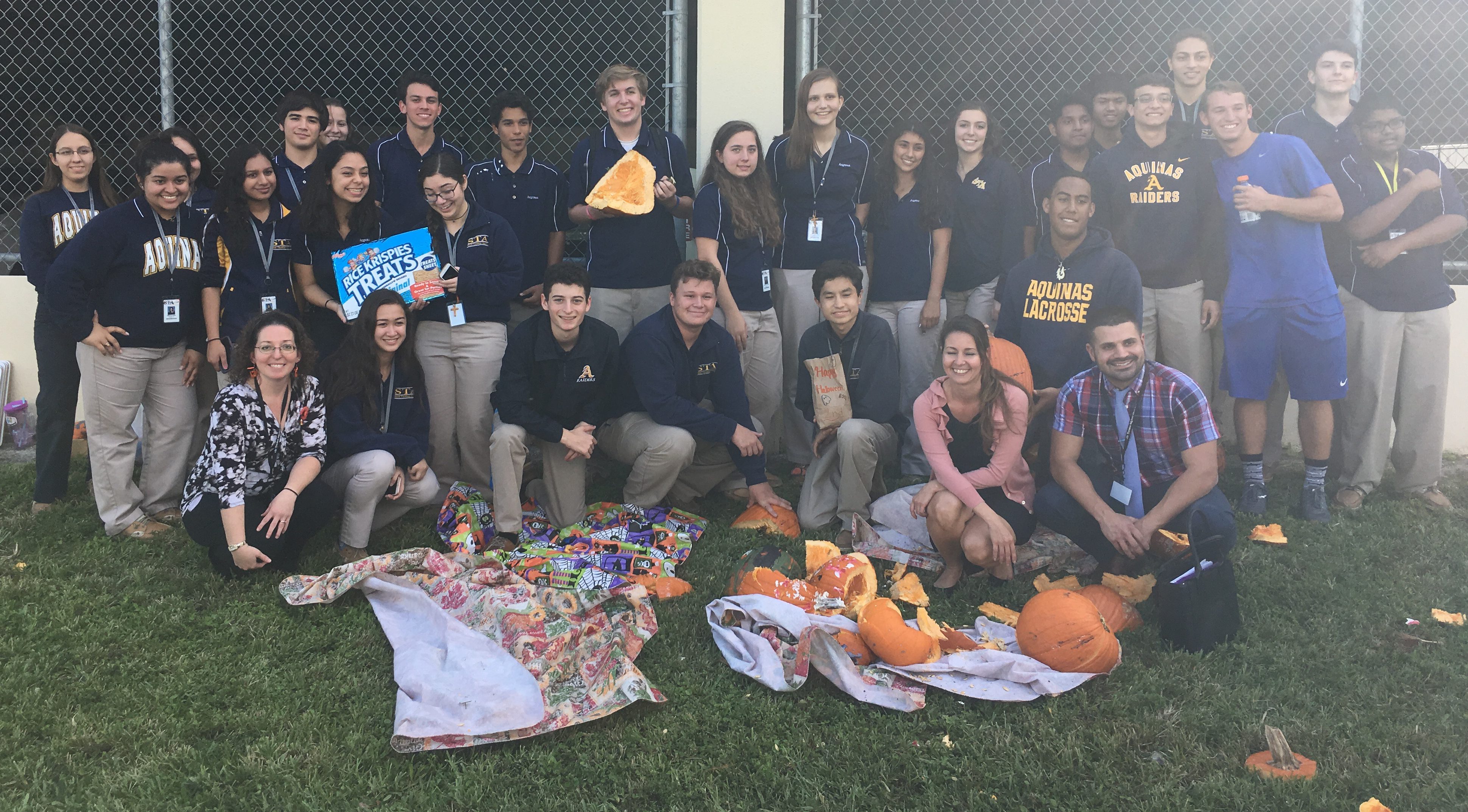 Morning announcements and flyers posted in the classrooms encouraged students to attend. The contest was open to everybody on campus. STEM club moderator Dr. Erin Williams, along with the club members, came up with the idea and developed the strategies for this contest. Dr. Williams said that the club president Jeannette Circe, “… was really the drive and force behind it, really my whole stem club participated in thinking of the roles, the prizes and event details”

This contestants were divided into one team of girls and one team of boys. Each team had to use the kinematic equation, delta y= vot +½ at^2 to determine the velocity at which the pumpkins fell. Contestants calculated the height from which the pumpkins were dropped, along with the time it took them to fall – acceleration due to the pull of gravity. The teams had approximately ten minutes to come up with three possible answers. The correct answer was 9.8 meters per second squared acceleration due to gravity. The team with the closest answer received a bag of candy and a two pound Rice Krispies Treat. When time was called and the answers were tabulated, the girls team took first place with their calculation of 9.83 meters per second squared. Members of the winning team were Joyce Walpole, Samantha Carrillo, Veronica Casce, Camila Cascavita.

Dr. Williams explained that the goal of this experiment was “to give the students a way to see what they learn in the classroom can apply to something outside the classroom and something that is super entertaining and timely because it is for Halloween”. In the end the students incorporated the spirit of Halloween into a real-life  science experiment. It was a Raider-style Happy Halloween!