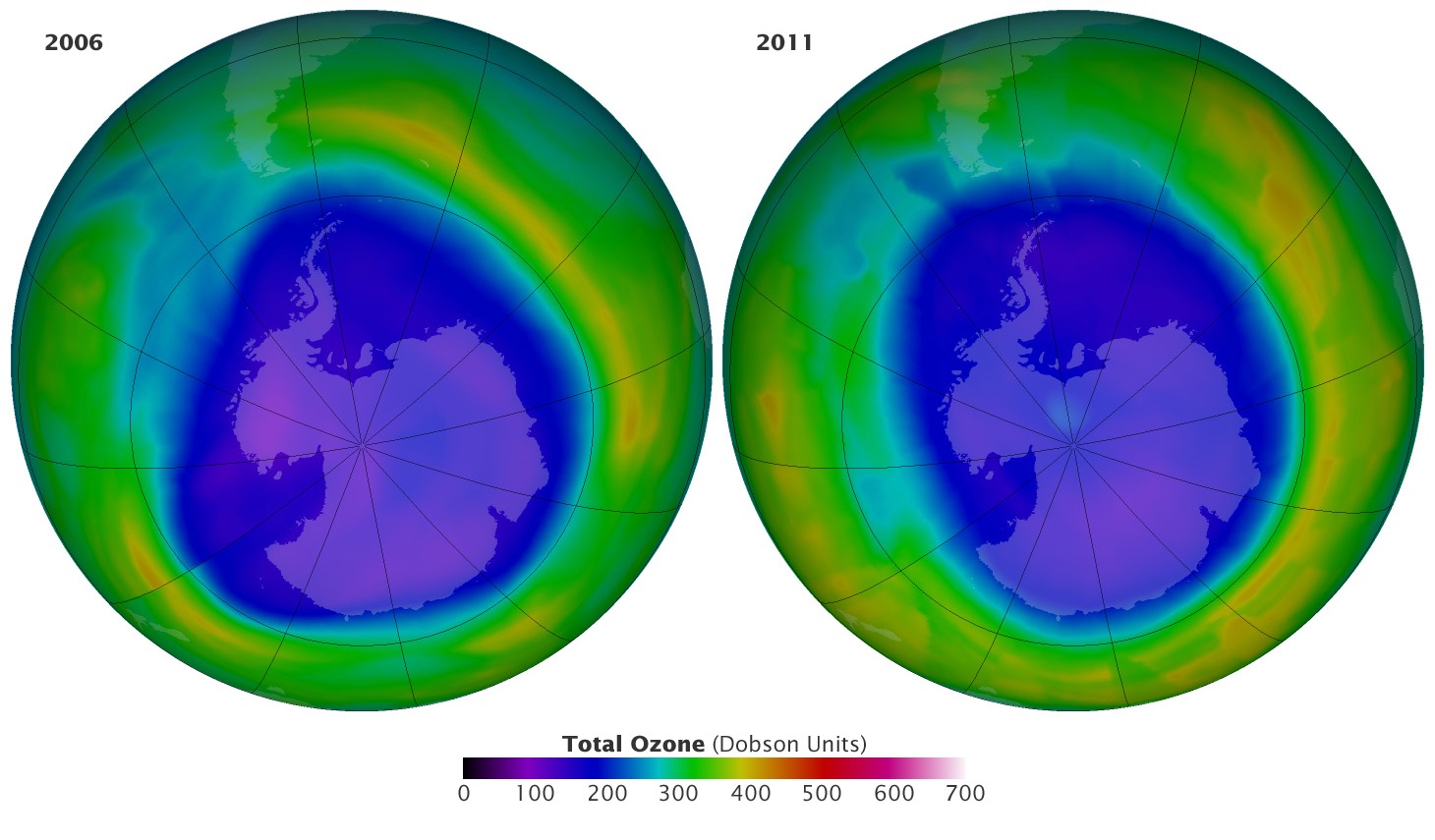 A five year comparison of the hole in the Ozone. Photo: NASA Jet Propulsion Laboratory

The hole in the ozone layer was discovered in 1985 over Antarctica. The ozone layer acts as a strong filter for the sun’s ultraviolet rays (UV). Its recent deterioration makes humans even more susceptible to skin cancer as a result of increased UV radiation exposure. According to Encyclopedia Britannica, the hole expanded throughout the 1990s and the early 2000s, however, it now appears that full recovery of the ozone layer might occur as early as 2049. The Montreal Protocol, a ban that was created to protect the ozone layer from specific ozone-depleting substances (ODSs), is an example of how nations are working together to protect the ozone layer.

The U.S. Department of State reported that “the United States ratified the Montreal Protocol in 1988, and has joined its four subsequent amendments.” There are 197 countries in agreement with the Montreal Protocol. All the countries that are involved in the protocol are phasing out hydrofluorocarbons and methyl bromide because these substances have a destructive impact on the ozone layer, as results have shown.

The Montreal Protocol was established solely to protect the ozone layer. Many countries have also been taking other actions to prevent the destruction of the ozone layer, and, so far, the results are promising. It’s reassuring to know that scientists are optimistic about the ozone layer being fully repaired in the near future.