Where are the Bugs? 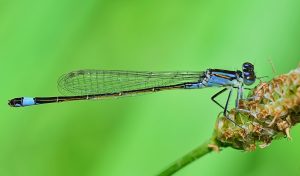 Many species of flying insects are affected. Photo: Dragonfly by ju1959jjj

Even though insects may be tiny, they play a huge role in our ecosystem. The Smithsonian Institution reports that  insects make up around 80 percent of all species on Earth. Over the past 25 years, studies have shown a 75 percent decrease in the insect population.This has become a big problem because some insects pollinate plants and others are a source of food for larger animals. Insects have a tie to the bird population as well, and, as a result, their numbers have also been declining. Scientists have theorized as to why insects are dying off so rapidly. 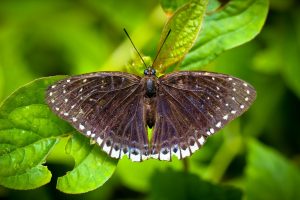 Butterflies are among the affected insects. Photo: Butterfly by c_kawpranee

One of the main problems that can lead to insects dying are pesticides in the air. STA biology teacher Ms. McTighe told Raider Review that another factor adding to the decreased insect population is “… due to the prolific amount of toxins in our environment that are deadly to all life.  Since insects are significantly smaller than humans, the effects of these toxins are more severe to the insects.”

Toxins like pesticides have recently been discovered to be extremely harmful to insects, especially honeybees. The increased use of fertilizers may also be a factor contributing to this problem. Scientists are examining the possibility that climate change is also impacting the insect population.

YaleEnvironment360 reported that “On three occasions from 1989 to 2014, entomologists set up tents in the meadows and woodlands of the Orbroicher Bruch nature reserve and 87 other areas in the western German state of North Rhine-Westphalia.” The tents functioned as traps and caught a sufficient sample for entomologists to track the insect population. During this time period they noticed a massive drop in the number of bugs in the area. In 1989 they captured 3.5 pounds of insects, but that sample dropped to 10.6 ounces by 2014.

Scientist are concerned that if these numbers keep dropping, the effect will be drastic.  If the insect population disappeared, there would be an environmental domino-effect on plant and animal life. Insects might not seem very important, but without them, humans would not be able to survive.