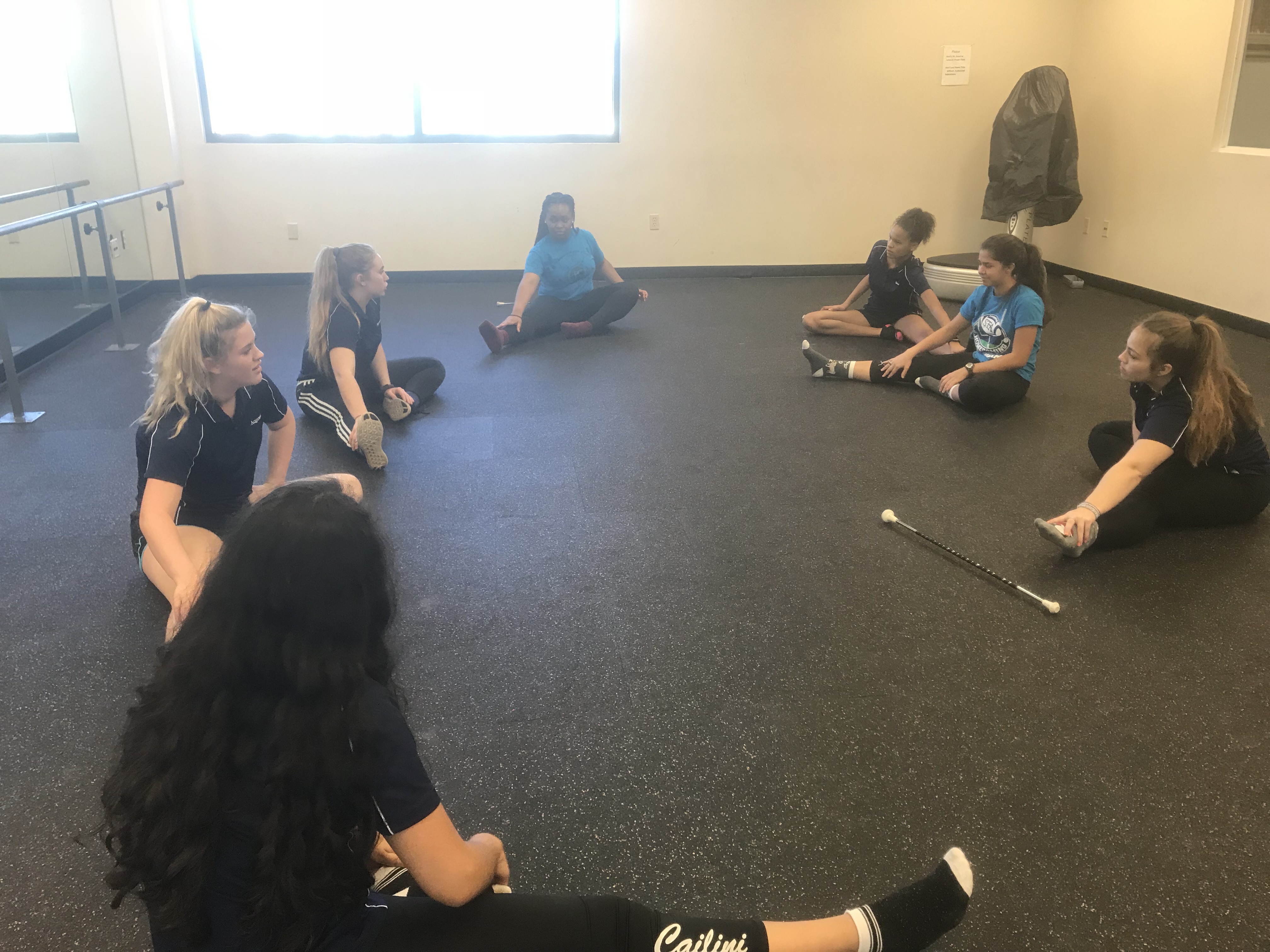 At the start of the school year, Saint Thomas Aquinas High School (STA) started many new extracurricular activities. One of the new additions on campus is the Baton Club. This after-school club was formed by two junior twirlers; Anna Beno and Grace Karbonik. They have been twirling for a combined total of 14 years and have been been performing alongside the STA’s Marching Raiders at football games and competitions for the past three years. They decided to challenge themselves by taking on the task of starting a twirling club. When Grace Karbonik spoke with the Raider Review she explained that “It’s a fun time to teach people new things as well as making new friends.” 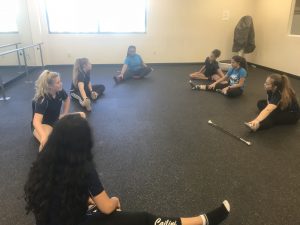 The members of the club are already preparing to enter their first competition, the South Florida Dynamics – Fun in the Sun contest, which will be taking place in March. Although ten of the 12 members have just picked up a baton for the first time this year, they are all very excited to be learning tricks and routines. Club member, junior Shalia Moscat, stated “I’ve seen the twirlers at all the football games, and I always thought it was really cool, so when I found out our school was starting a club for it, I joined as soon as possible. I find baton very entertaining, and I look forward to the meetings every week!” 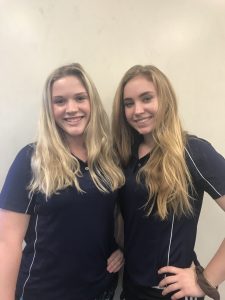 Anna and Grace are currently the only twirlers that perform at all football games during the season. One of the main reasons that the Baton Club was started was to try to recruit more twirlers to perform at football games. As Anna explained “… we decided to start a club to teach people how to twirl, as not many people know how to do it, so more people can join us.”

Anyone is welcome to join, and no experience is necessary. The members meet every Tuesday, in either Moderator Ms. Tabon’s room 106 or the grass area of the 200 hallway. Meetings include practicing routines, coming up with new tricks to add on to performances, or learning new tricks.