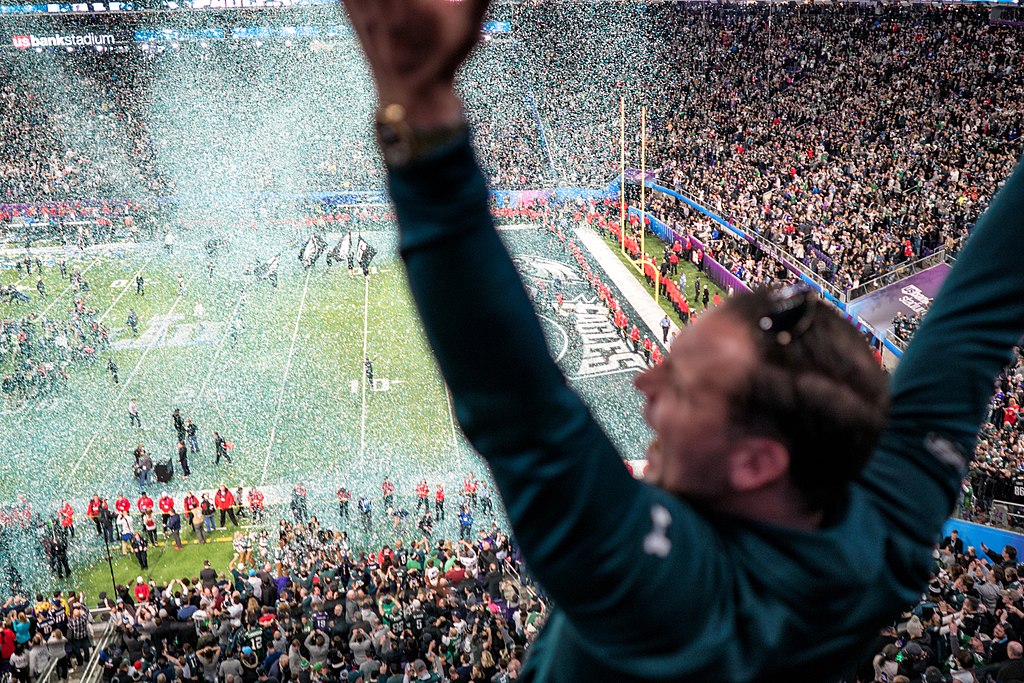 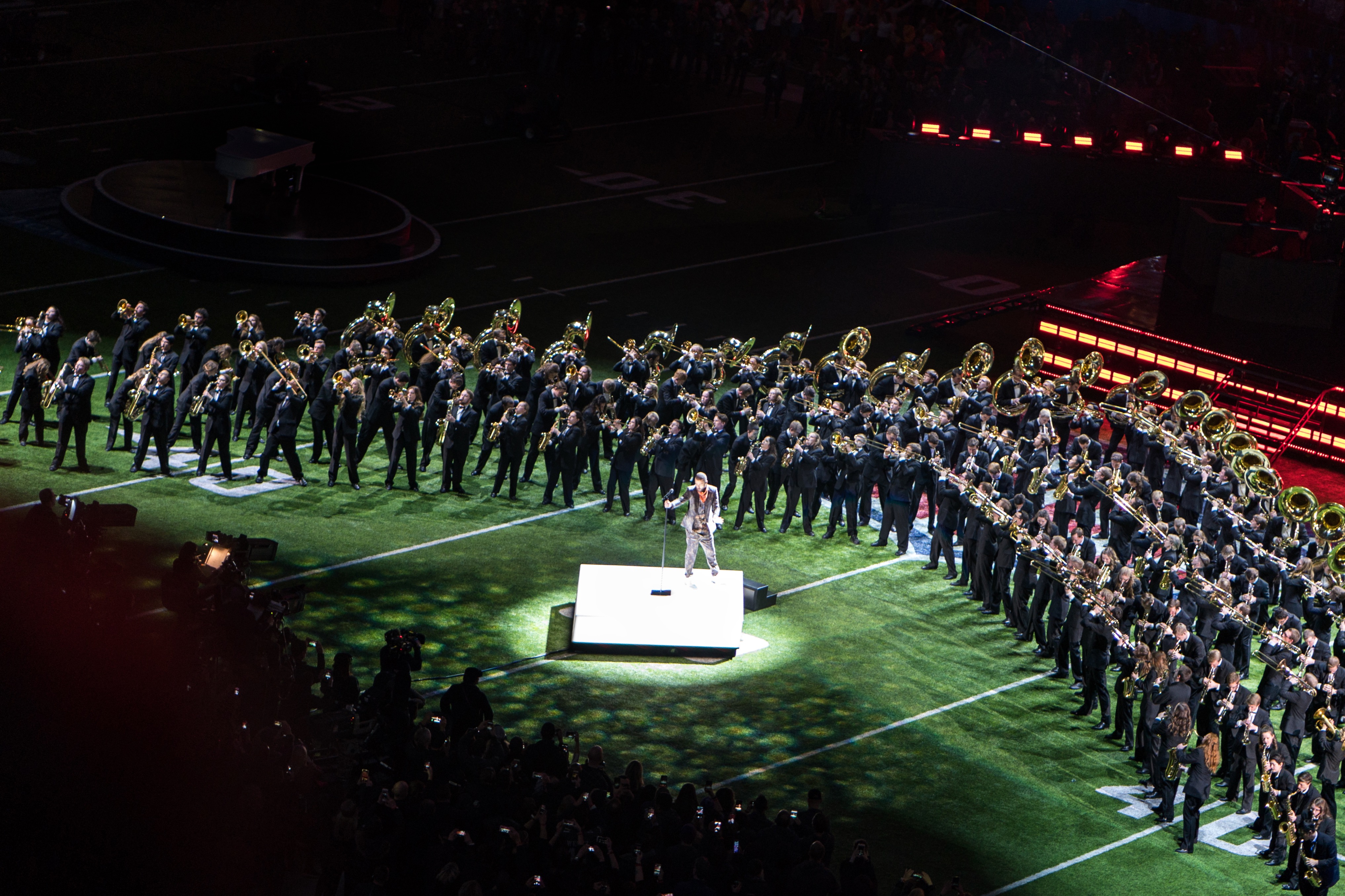 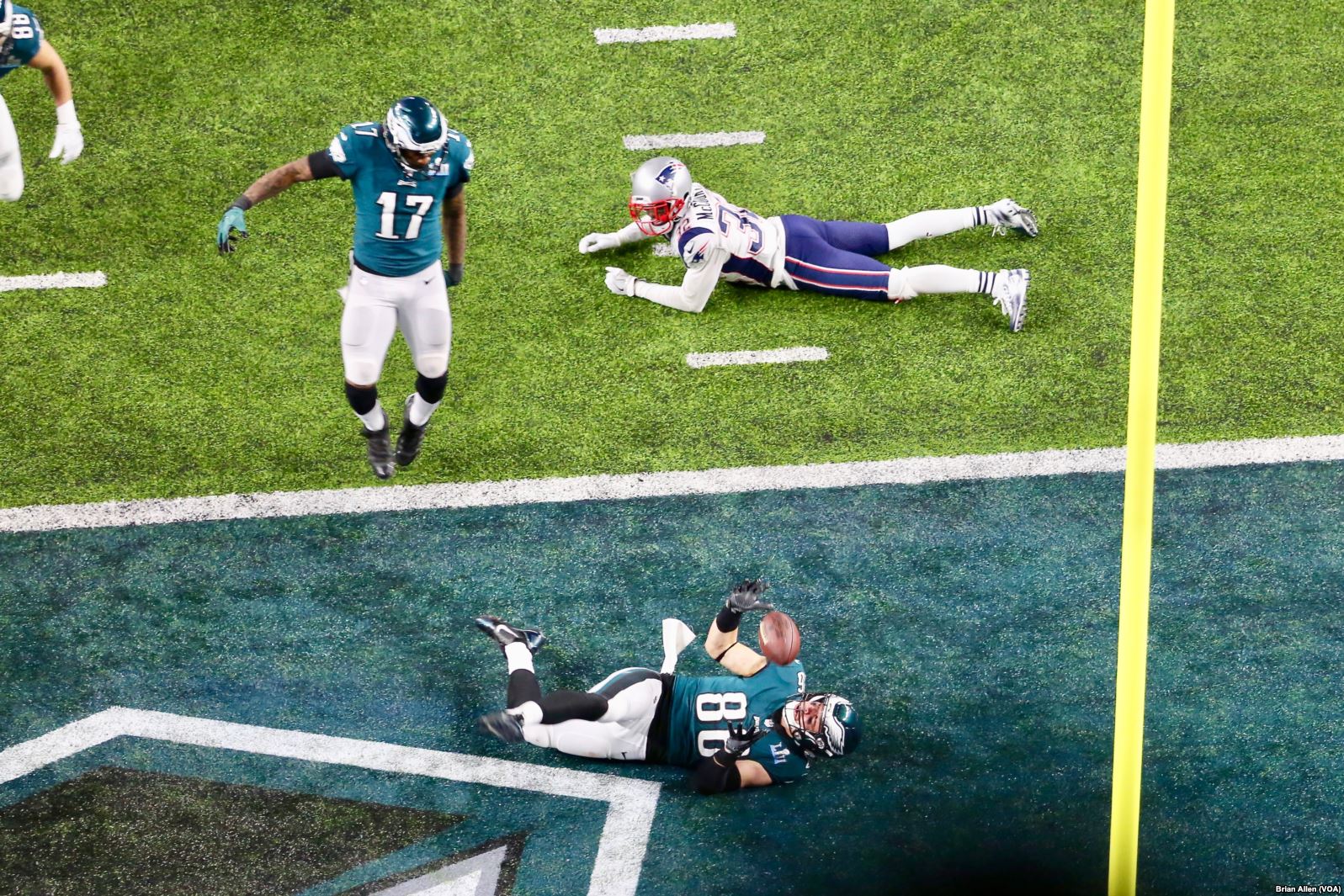 On February 4, 2018, the two best NFL teams faced off for the world title. These teams were the New England Patriots and the Philadelphia Eagles. Both teams had outstanding records and rallied through the regular season. The Eagles came in with a 13-3 record and arguably one of the best defenses. The Patriots, though, had Tom Brady who is by far the best player of all time, led his team to a 13-3 record as well. Both teams were looking to close the season and bring the Lombardi Trophy home.

The kickoff took place after P!nk sang the national anthem. The Eagles received the opening kickoff, and their offense came onto the field. After driving the ball downfield, the Philadelphia Eagles’ Jake Elliott nailed a field goal from 25 yards giving the Eagles a 3-0 lead. On the Patriots’ first offensive drive, Tom Brady delivered bullet-like passes to his receivers. They were able to settle for a 26 yard field goal by Stephen Gostowski, tying the game at 3-3. After a 3-and-out by the Eagles, Danny Amendola’s 50-yard reception set up another field goal attempt.

The Patriots attempted to take the lead but bad ball placement caused Stephen Gostowski to miss the field goal. The Eagles rolled down the field to score the first touchdown with a 34-yard bomb to Alshon Jeffery. After a touchdown by the Eagles’ LeGarrette Blount, a receiving touchdown from Eagles’ Nick Foles and a touchdown Patriots’ James White (St. Thomas Aquinas alum), halftime approached and the score was 22-12 with the Eagles on top.

For the halftime show, Justin Timberlake took the field and really got the crowd going. During his performance, he featured a tribute to Prince by projecting the artist’s performance of “ I Would Die For 4U” on a banner. It was an energizing interlude.

After halftime, the Patriots received the kick to open the second half. Rob Gronkowski of the Patriots led the offense to the 5-yard line by bringing in many receptions. The drive finished with a touchdown pass to Gronkowski. When the Eagles took the field in their first drive after halftime, they scrapped for yardage, and it came down to third down and six play. It looked like Nick Foles was going to settle for a short pass, but instead he flung it to his teammate Corey Clement for a touchdown. The score was now 29-19. The Patriots took the field again, and Chris Hogan was the savior of the drive. He drew a holding penalty, giving the Patriots a huge chunk of yardage. After a few passes from Brady, the drive was completed with a 26-yard touchdown pass to Chris Hogan. When Philly got the ball back, their offense was no longer playing games. The offense executed perfectly, but they could not convert on third down. Jake Elliott nailed another field goal for the Eagles, giving them the 36-26 lead. In the fourth quarter Tom Brady and the rest of his offense came on the field, the Tom Brady and Rob Gronkowski connection really shined.Tom Brady was throwing balls above defenders, and Gronkowski was always there to snag the passes. On the four-yard line, Tom Brady lobbed a pass to Gronkowski, and the drive ended with a touchdown and a familiar Gronk spike. The Patriots had their first lead of the game, 33-32.

The Eagles came back onto the field, and they were determined to answer back. After a few runs by Eagles’ Jay Ajayi, it was third down and one, and the ball was thrown to Torrey Smith who rushed to take advantage, but he was stopped short of the first down marker. This lead to a fourth down which could have resulted in an upper hand for the Patriots, or it could have meant the continuation of the Eagles scoring lead. On fourth down, Nick Foles dropped back and completed a two-yard pass to Zach Ertz giving the Eagles a chance to take the lead again. The drive ended with Zach Ertz leaping over the plane and delivering the lead for the Eagles. The score was 38-33 after a failed two-point conversion by the Eagles. Once again, the Patriots received the ball and there was light shining on the possibility of Tom Brady leading the comeback for the Patriots. However on second down, Brandon Graham ripped the ball out of Brady’s hand, and it was recovered by Derek Barnett of the Philadelphia Eagles. The Eagles offense pushed and came up with a field goal to extend the lead to 41-33. Now with very little time remaining, the Patriots needed a touchdown and a two-point conversion to tie the game. In the last play of the game, Tom Brady launched a Hail Mary throw to Gronkowski but it fell incomplete. The clock hit zero, and the Philadelphia Eagles were Super Bowl champions. With a surprising twist, the Eagles won the game and took home the trophy. Until next year, the Eagles will be remembered as the team that dethroned the Patriots.