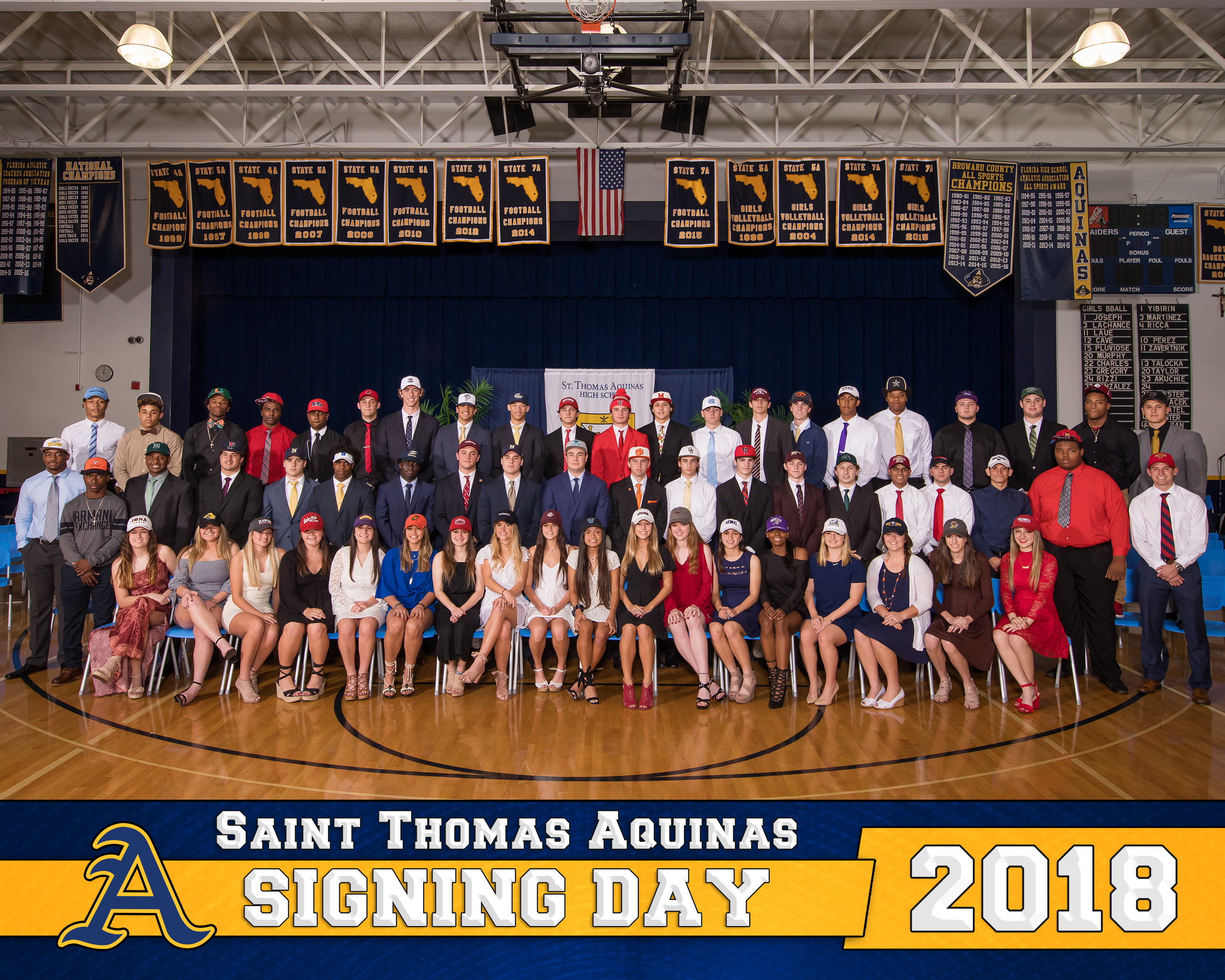 In the wide world of sports, the first Wednesday of February is the most important day for high school athletes. National Signing Day is the day when high school athletes add their signature to the official commitment letter of intent with the university they plan to attend. This year, National Signing Day was held on February 7, 2018. Sixty-two of St. Thomas Aquinas High School’s (STA) top senior athletes signed with colleges and universities throughout the United States.

For the first time in STA history, among the 62 signees is a set of twins. Not only did they sign together, but they will be moving to the United States Naval Academy together. As Grayson and Coleman Crozier get ready to take the next step, Grayson told the Raider Review that his favorite part about the Naval Academy is “… the brotherhood, and that everyone on the team is not only there to play football, but to protect and serve our great country.”

Softball signee, Lauren Stansell, who will be taking her talents to Caldwell University, has been playing since the age of 5. Stansell shared with the Raider Review that without STA, “I really don’t know if my dream to play college softball would be happening.”

Among a majority of the signees, Lauren’s comment was a common feeling about their time at STA and how far it has gotten them in their individual sport. Baseball commit, Ryan Moore, who has been playing baseball with his dad and grandpa in his backyard since he was three years old, hasn’t been able to put the ball down since. Moore said that “STA was a huge help in my recruiting process. Without STA I wouldn’t have had the opportunity to participate in National Signing Day and I am truly blessed to call STA home.”

This year, STA had one of its largest groups of signees and the Raider community wishes these athletes the best, as they take their talents to the next level.