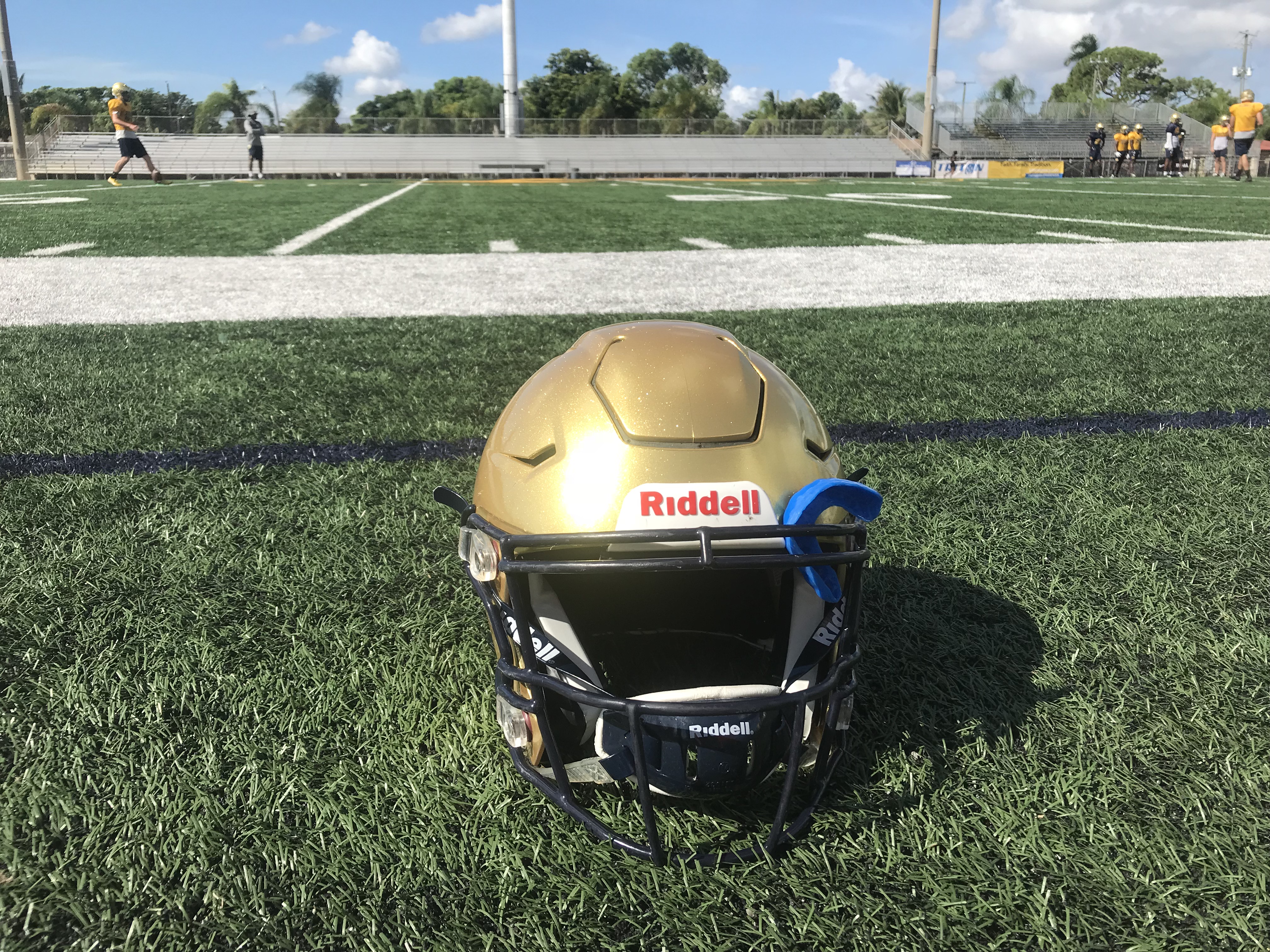 St. Thomas Aquinas High School (STA) has always set a premium on the safety of all students. This effort is particularly important for the football players as this sport has  the potential for frequent and dangerous collisions. STA’s Athletics Department takes several precautions to keep the players as injury free as possible while on the field.

The Athletics Department has taken all types of physical trauma into consideration, from concussions to dehydration. Football players suffer more concussions than any other high school athletes, according to a 2017 study in the Journal of Athletic Training. During any game, football players are 16 times more likely to suffer a concussion than baseball players and four times more than male basketball players. STA purchased the newest Riddell Speedflex helmets with the intention of identifying the occurrence of a concussion as soon as possible. State-of-the art sensors are strategically positioned within STA football helmets and send notifications to the coach’s iPad, when a player tackles, or is tackled by someone. If the sensor transmits an alert about a possible head injury, the coach will take immediate action. In 2017, researchers led by Lara DePadilla of the U.S. Centers for Disease Control and Prevention sent out a survey to nearly 15,000 kids in grades 9 through 12, and just over 15 percent — approximately 2.5 million American youths — said they had suffered at least one concussion during the prior year. STA purchased two remote controlled MVP Tackle dummies, that look like punching bags on wheels. Players use these devices to practice the proper techniques for tackling, rather than practicing on teammates.

STA also had the foresight to prevent dehydration on the field. Because STA is located in South Florida, heat exhaustion can be a real threat for young athletes. A team of six hydration specialists always has water and Gatorade on standby at the sidelines during after-school practices and games. The Athletics Department also uses two Byoplanet machines. These cooling systems spray a cold mist, through an electrostatic application gun, that the trainers use to cool players’ necks and heads.

Aquinas Athletics, under the leadership of Athletics Director George Smith and the outstanding staff of dedicated coaches, does a phenomenal job of safeguarding the athletes. All the while training and motivating them to bring home another State Championship.