Wildfires are a major problem throughout dry areas of the United States. For decades, fires have been spreading widely throughout California. According to CA.gov Cal Fire about 4,732 wildfires burned a total of 616,697 acres in California this year. A staggering 90 percent of fires are caused by human negligence.  Something as careless as tossing a smoldering cigarette can destroy hundreds of acres, property and even threaten lives. Mother Nature also plays a role in the start of these fires. In fact, 10 percent of these fires are caused by lightning strikes.

According to IncIweb – Incident Information System a fire that they refer to as Delta is currently tearing through California’s Shasta National Forest.  At the time of this writing, the fire was 98 percent contained. This wildfire has been burning for 13 long days and officials are concerned about the dry conditions. The Incident and Information site lists timber and brush as the main fuel sources of this fire. Due to this fire, 60,277 acres of this forest have turned to ash, put 2,329 people at risk of serious injury or even death, and decimated 17 structures that were in its path. The reason the Delta Fire became so treacherous is because it began in a forest with a plethora of trees, allowing the fire to grow uncontrollably.

There are serious precautions that should be taken before, during, and after a wildfire. According to the National Fire Protection Association people should check in and around their homes for any fire hazards. These could include leaves and unnecessary debris. People should also keep their lawns from becoming dry. This could help slow the spread of the fire. In places where wildfires are common, people should always have an escape plan, or a way to get their loved ones to safety. Though wildfires are one of the most devastating forces of nature, proper preparation can help save the ones you love most. 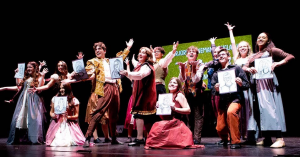