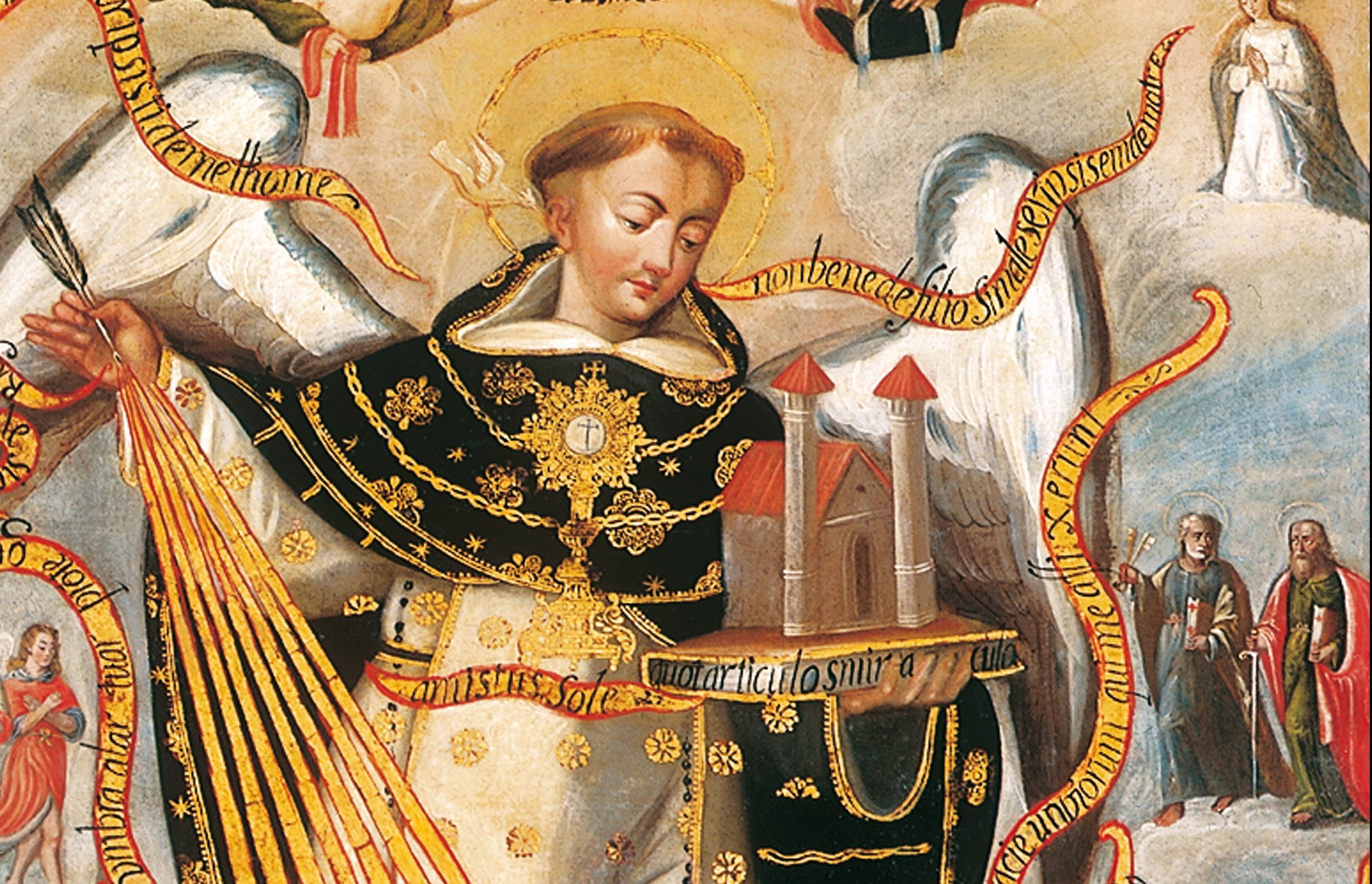 As a teenager, Saint Thomas Aquinas was a silent and observant student who was nicknamed “dumb ox.”  Eventually those attitudes changed when people found out that he was a brilliant thinker. St. Thomas grew up to become one of the most influential theologians and the patron saint of all schools after being canonized by Pope John XXII in 1323.

Biography.com states that Thomas was born in 1226 as the son of Landulph and Theodora Aquinas. Before Thomas was born, “… a holy hermit …” informed his mother that her unborn son would grow up to be a preacher, and “…achieve unequaled sanctity…” For this reason, his parents believed that Thomas, who was the youngest of eight siblings, would become the most successful.

At only five, Thomas was sent to study with Benedictine monks until he was thirteen. After he left their monastery, he spent five years in a Benedictine school in Naples. While he was there, he studied the works of the Greek philosopher Aristotle. In 1239, Thomas attended the University of Naples, Italy, where he gained an interest in the religious studies of the Dominican monks and  decided to join their order. When his family found out, they were not happy about his decision. To his family, Thomas was setting himself up for a life of poverty. For that reason, Thomas’ brothers decided to capture him. They held him captive in their family castle at Monte San Giovanni Campano for one year. During that time, Thomas’ family tried to persuade him not to join the Dominican Order.

After one year of attempting to bribe him, his mother realized that Thomas was set in his beliefs and there was no changing his mind. This realization made her organize an escape plan for her son. After Thomas escaped, in 1244, he joined the Dominican Monks.

Thomas went on dedicating his life to “…traveling, writing, teaching, public speaking and preaching…” He wrote many commentaries and books such as the ‘Scriptum super libros Sententiarum’(Commentary on the Sentences), the ‘Summa Theologica’(Summary of Theology),the ‘Catena Aurea’(Gospel of Mark) and many more.

In 1273, Thomas had visions that discouraged him from writing. Father Reginald of Piperno, Thomas’s confessor, wanted him to continue to writing, but Thomas didn’t think his writing had any value. Tragically, Thomas became ill at Cistercian monastery of Fossanova, Italy (another religious order) in 1274. When Thomas felt that he was near death, he said “If the Lord wishes to take me away, it is better that I be found in a religious house than in the dwelling of a layperson.”

St. Thomas Aquinas is known as the ‘Universal Teacher’ and the ‘Angelic Doctor’.Many people can learn from his example. He showed through his life that great achievements are possible even if others underestimate.