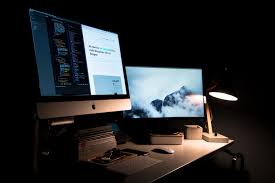 In today’s world, technology has become a major priority. People have forgotten how they managed in “the old days” with actual paper in front of them, rather than a computer.  So, textbooks or computers; screen or paper?

Some of the benefits of computers are not having to lug around piles of textbooks, yet still having the ability to access so many resources at your fingertips. A Denver Post article states that the average textbook weighs seven pounds while a computer weighs about eight pounds. Even though a computer weighs slightly more than a single textbook, it can hold dozens of them. Textbooks can also become outdated, which can be extremely inconvenient.

Just the potential to locate unlimited facts and data, at the push of a button, gives computers an advantage over textbooks. Although textbooks are ultimately a valid source of information, the extensive production process required to generate them takes more time than today’s society can tolerate. On the other hand, a bad wifi or internet connection can prevent access to online books. For this reason a textbook makes a good backup plan for studying.

BusinessInsider.com reporters Patricia A. Alexander and Lauren M. Singer explained that while students preferred to read online publications, their comprehension was better when they read from printed publications.

As the world evolves, and online resources become more popular, it will be up to individuals to decide which learning option would be best for them.