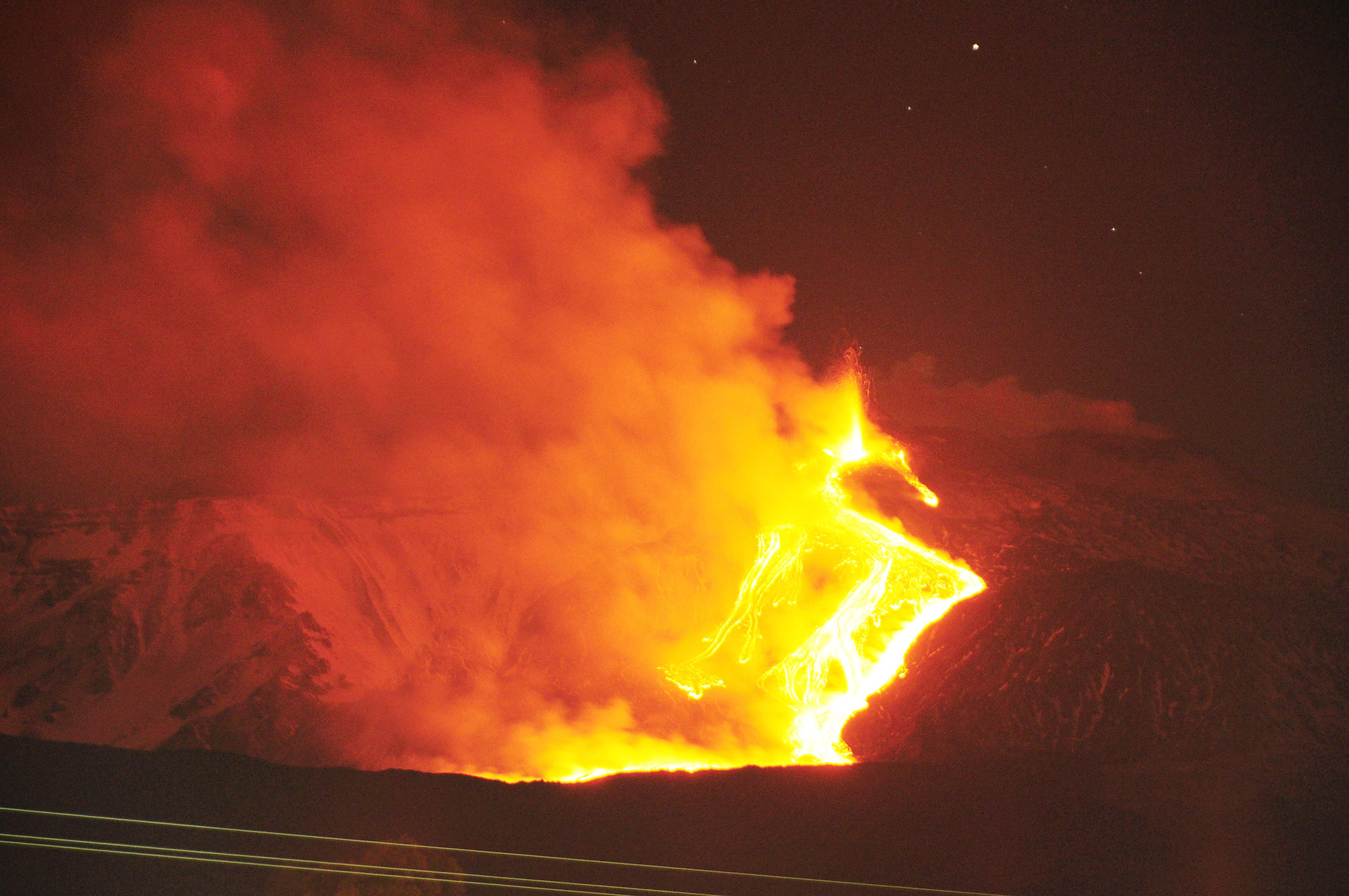 Mount Etna is one of the largest and most active volcanoes in all of Europe. It is located in the city of Catania on the island of Sicily. Because of the magnitude and power of the volcano,  major concerns about its eruptions have been brought to the public eye over the years, but the most recent news surrounding this volcano has had to do with its gradual movement towards the ocean.

Mount Etna has begun its descent into the ocean. Over the last billion years, gravity has taken its toll. According to NBC reporter Denise Chow, a collapse could trigger a devastating tsunami that would have immeasurable effects on the eastern Mediterranean region. Ms. Chow included the fact that scientific recordings show that Mount Etna has been shifting at a rate of about 2-3 centimeters per year. Scientists have been monitoring the descent of the volcano using a series of underwater sensors, which were created by a team of German scientists from the Helmholtz Centre for Ocean Research. Robin George Andrews, of National Geographic, reported that the research group, headed by Morelia Urlaub, determined that the main causes of slippage include rising magma and gravity. As the magma rises, it puts pressure on structurally unsound portions of the volcano allowing it to slowly give way.

Etna is currently “…one of the most heavily monitored volcanoes on Earth.” because of its gradual decline. Scientists are attempting to determine the best course of action to take against this deterioration. Etna has always been a dangerous place, as are all active volcanoes. In March 2017 ten were injured due to an eruption, according to BBC. Another minor eruption occurred in August 2018, but no injuries or evacuations were reported. As of now, Etna continues to be most dangerous because of its eruptions and the threat of collapse is still imminent.