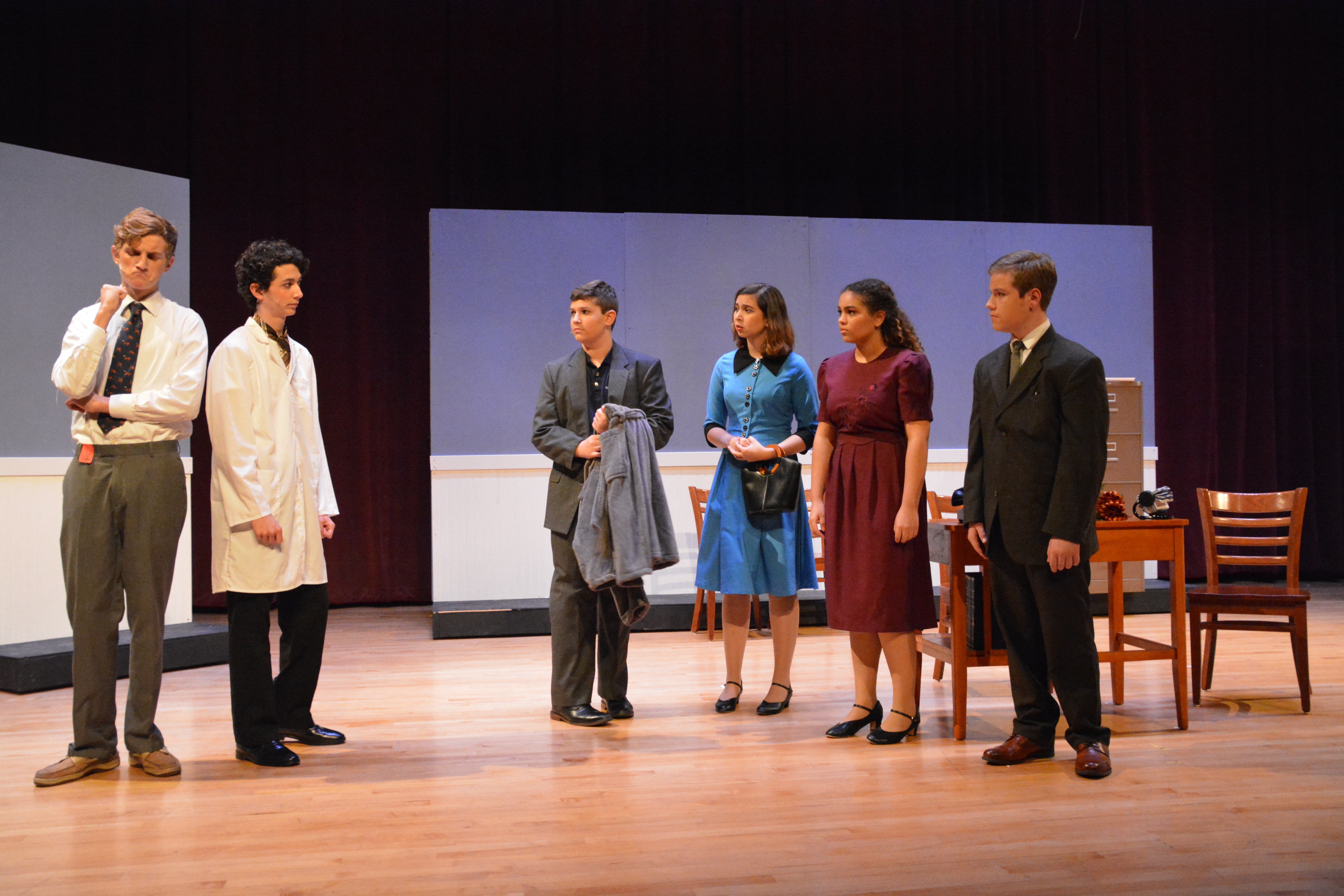 The Bienes Center for the Arts opened its doors for play-lovers with the Fall production, Harvey. From November 15 to 18, students, faculty, and family members all came to watch, filling the theater seats. The support from the audience was overwhelming, St. Thomas Aquinas High School (STA) sophomore Tyler Stafford said “Everyone loved it, we all were really invested in the play.”

STA’s 2018 fall play is based on the original production of Harvey that premiered in 1944. STA’s drama director, Mr. Jerry Seeger said “Harvey is a beautiful play… very sweet and it has something for every single person.” One of Harvey’s main characters, Elwood P. Dowd, played by sophomore Vicente Tome, claimed to see an invisible, six-foot three-and-one-half-inch tall pooka, that resembles a rabbit. His acting was focused on talking to an invisible creature, that no one in the cast or audience could see. He opened doors for it, talked to nothing but air, and mentioned him in conversation constantly. Mr. Seeger told the Raider Review, “Theater is about the human condition” and the whole cast of Harvey portrayed the characteristics, events, and situations which make up the essence of human existence. To become their roles, the actors must understand and be able to fully embody their characters. Anna Liendo, also known as Veta Louise Simmons in the play, explained to the Raider Review that this was a challenge for most of the cast. Anna said “I played a 48-year-old woman. I am 16, the experiences of a 48-year-old woman isn’t the same.” The actors took on these challenges with open arms.