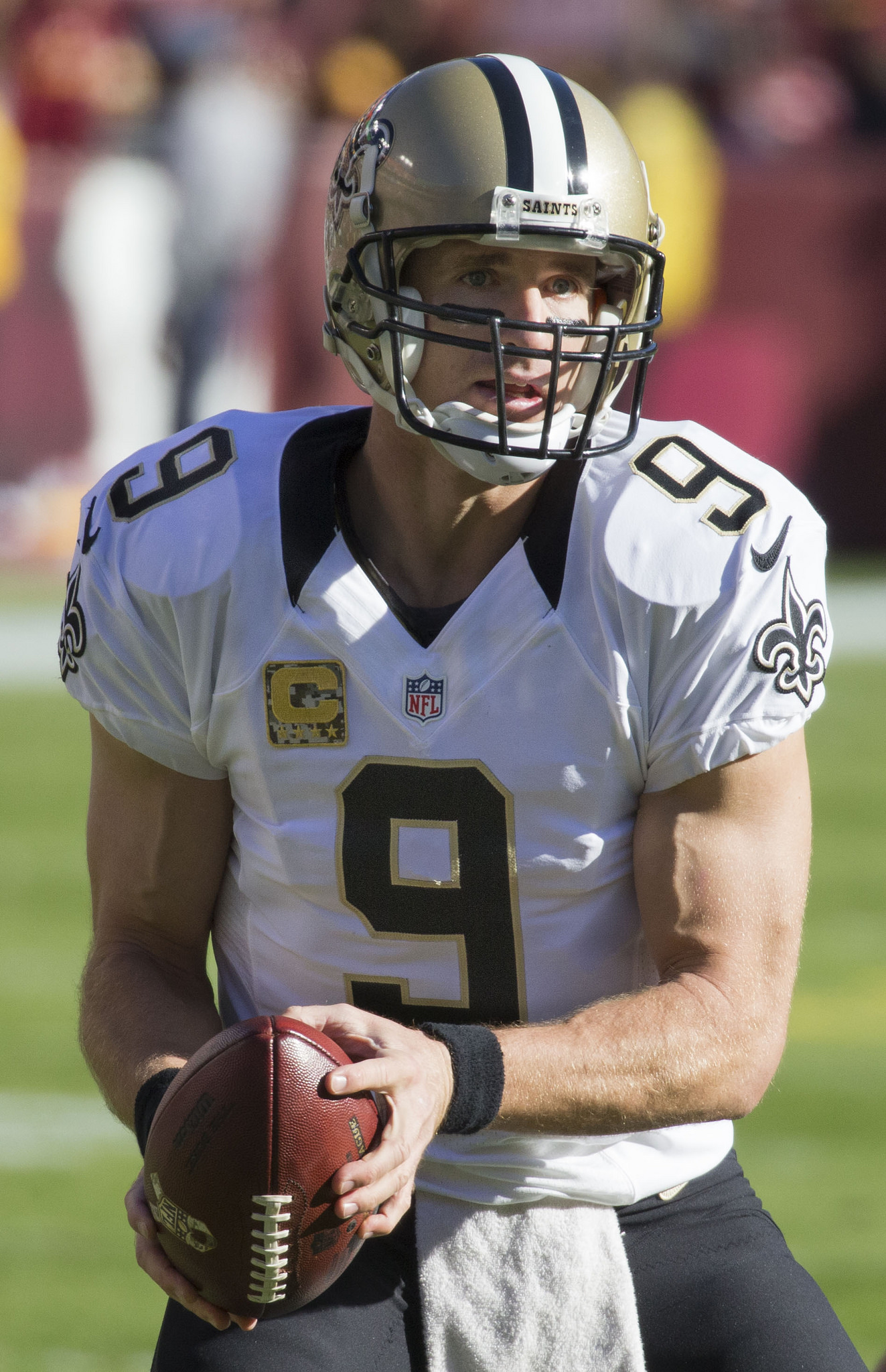 Rams Get Rammed by the Saints

The Los Angeles Rams stood as the only undefeated NFL team until week nine of the season (November 14th) when they were met head-on by the New Orleans Saints. The Rams, who usually punish opponents with their stellar defense, had 45 points racked up against them in a high scoring affair. Drew Brees of the New Orleans Saints rallied his team to claim a 45-35 victory over the Los Angeles Rams.

In the previous week, the Los Angeles Rams nearly lost their seven-game winning streak to the Green Bay Packers. Due to a late game fumble by Packer’s Ty Montgomery, the Rams were able to seal a close game only winning 29-27. Before playing the Rams, the Saints had only lost one game, making them a tough opponent to beat. In the first quarter, the Saints took an early 7-0 lead with their star running back Alvin Kamara scoring a touchdown on an 11- yard run. However, the Rams bit back with a touchdown of their own, which was an eight-yard rushing touchdown by stellar running back Todd Gurley. To cap off the quarter, Alvin Kamara scored his second touchdown of the day which was a 16-yard pass from Drew Brees that put the Saints up 14-7. The Rams opened the second quarter with a four-yard touchdown pass to newly acquired receiver Brandin Cooks. It was not a tie game for long when the Saints also answered with a four-yard touchdown pass, this time to the speedster Tre’Quan Smith. After this touchdown pass, everything was going right for the Saints as they scored on two consecutive drives leading 35-14. As halftime approached, Greg Zuerlein of the Los Angeles Rams was able to kick a 56-yard field goal making the score 35-17. After halftime, the Los Angeles Rams came upon a hot streak as they reduced down the Saints’ 18-point lead to a thin 8-point lead. The score was now 35-27 and as the fourth, and final, quarter approached, it looked like it was anybody’s game. 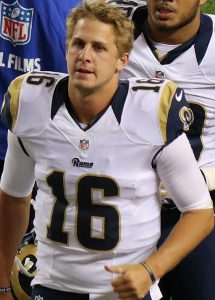 Jared Goff suits up for an NFL game. Photo:Wikipedia

At the start of the fourth quarter, most fans assumed that the Saints would pick up their pace and seal the game early, but the exact opposite happened. Los Angeles Rams quarterback Jared Goff was able to fire a 41-yard strike to Cooper Kupp to cut the Saints’ lead to two points. The Los Angeles Rams rolled the dice on a two point conversion, and they succeeded by throwing the ball to tight-end Gerald Everett. The score was now tied up at 35-35 and this game was turning out to be a nail-biter for the fans. The New Orleans Saints pushed the ball down field as they were able to regain the lead with a 54-yard field goal by kicker Will Lutz. The score was now 38-35 and the Los Angeles Rams had three minutes and twenty five seconds to either tie or lead the game. However, the Saints’ defense was able to hold the Rams’ offense, and the Saints regained possession of the ball. With 58 seconds left in the ballgame, Drew Brees threw a 72-yard touchdown pass to all-star receiver Michael Thomas, which ultimately sealed the game. The clock hit triple zeroes and the New Orleans Saints reigned victorious over the once undefeated Rams.

This was a big day for the Saints, especially for Michael Thomas and Alvin Kamara. Alvin Kamara finished with a beastly performance, rushing for 82 yards and scoring three touchdowns. Michael Thomas also finished with a monstrous performance. He hauled in 12 receptions for 211 yards and one touchdown. Thomas set a record for the most receiving yards by a Saints receiver in a single game. In the following week, the Rams bounced back against their division rivals, the Seattle Seahawks. Meanwhile, the New Orleans Saints will play the Philadelphia Eagles on November 18, 2018.