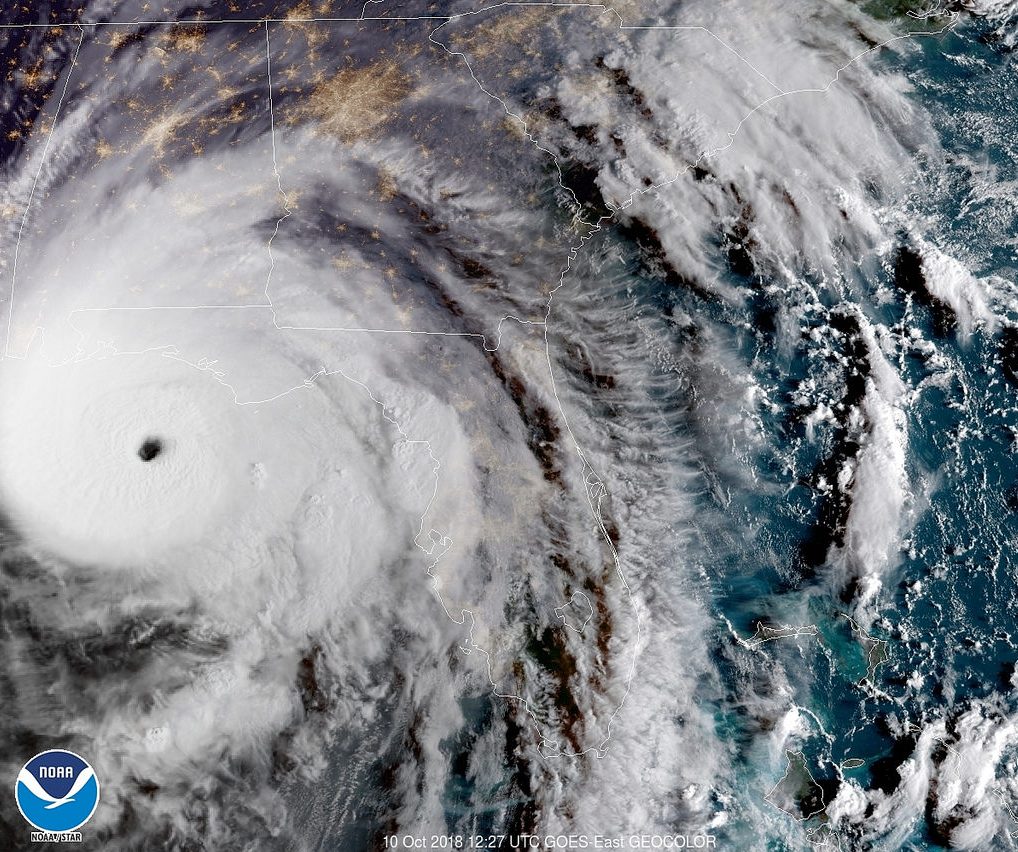 On October 7, 2018, category four Hurricane Michael barreled through the panhandle, causing destruction and devastation. The recovery time for this massive catastrophe will take many years and helping hands. Loss of lives, destruction of property, and lack of resources are causing a great deal of stress for residents of this area.

Although many homes and businesses were swept to the ground by extreme winds that topped 155 mph in Florida. The storm also caused a catastrophe in Georgia,Virginia, and Carolina. CNN Meteorologist Brian Miller reported that Hurricane Michael was the first category three hurricane to hit Georgia since 1898. Flash floods drowned four people in Virginia. In the Carolinas, flooding was a widespread issue and approximately 592,000 people were left without power. In Georgia, heavy objects became projectiles causing additional damage and even some deaths. According to ABC News reporters Emily Shapiro, Daniel Manzo, Karma Allen, Max Golembo and Melissa Griffin, an 11-year-old girl died of blunt force trauma when she was struck in the head by a portion of a metal carport.

Most of the people who lost their homes found safety in local shelters, though larger families had more trouble finding somewhere safe to live. Shelters were becoming too full to house larger families and they were redirected to hotels provided by the Federal Emergency Management Agency (FEMA). According to Glenn Thrush of The New York Times, “…2,273 homeowners and 6,145 renters have received FEMA rental assistance payouts, totaling about 16.5 million…” A downside to FEMA accommodations or larger families, during the storm, was that hotels were not close by, which made access difficult for those whose vehicles were destroyed by the hurricane. Obviously this became a huge problem and some larger families were left homeless.

Mrs. Madelyn Levy and her husband traveled from the Fort Lauderdale area to a small place called Wewahitchka to help as many people as they could by providing free meals.With the help of a volunteer named Lydia Myles, they were able to set up a barbecue and send a post on Facebook to get the word out that they had hamburgers and hotdogs for anyone who needed a meal. Mrs. Levy said, “…what we didn’t realize is that many of them hadn’t had a fresh tomato in a week.” She and her husband fed Red Cross volunteers and many many families.  What we brought was simple yet was appreciated.  Seems funny that it didn’t even feel like we were still in Florida – coming from such a congested, busy part of the state to this small, low key community.”

The local people were very helpful and tried to offer the Levy’s money, but they politely turned them down. “Someone offered us a $100 dollar bill- quite a payment for a hamburger and some chips.” She has continued to return to Wewahitchka and continued to help out. “When people asked where we came from and thanked us for coming from so far, I told them that this time they need us. Who knows what will come in the future.  Maybe next time, we may need them and I hope to see them down south!”

Hopefully, the survivors can find the strength to come back from this destruction and try to restore the original peace before the catastrophe. Mrs. Levy described them as “Real people.  Gracious people. Polite people.” who were anxious to do all that they could to help with the recovery process. Though it will be a long process of rebuilding, hopefully the affected areas will eventually come back from the ruins as stronger communities. The St. Thomas Aquinas community sends their prayers and blessings to all.

NOTE: These reporters would like to thank Mrs. Madelyn Levy for all of the information she has provided, as well as all of the hard work she and her husband did for those who were affected by the storm.