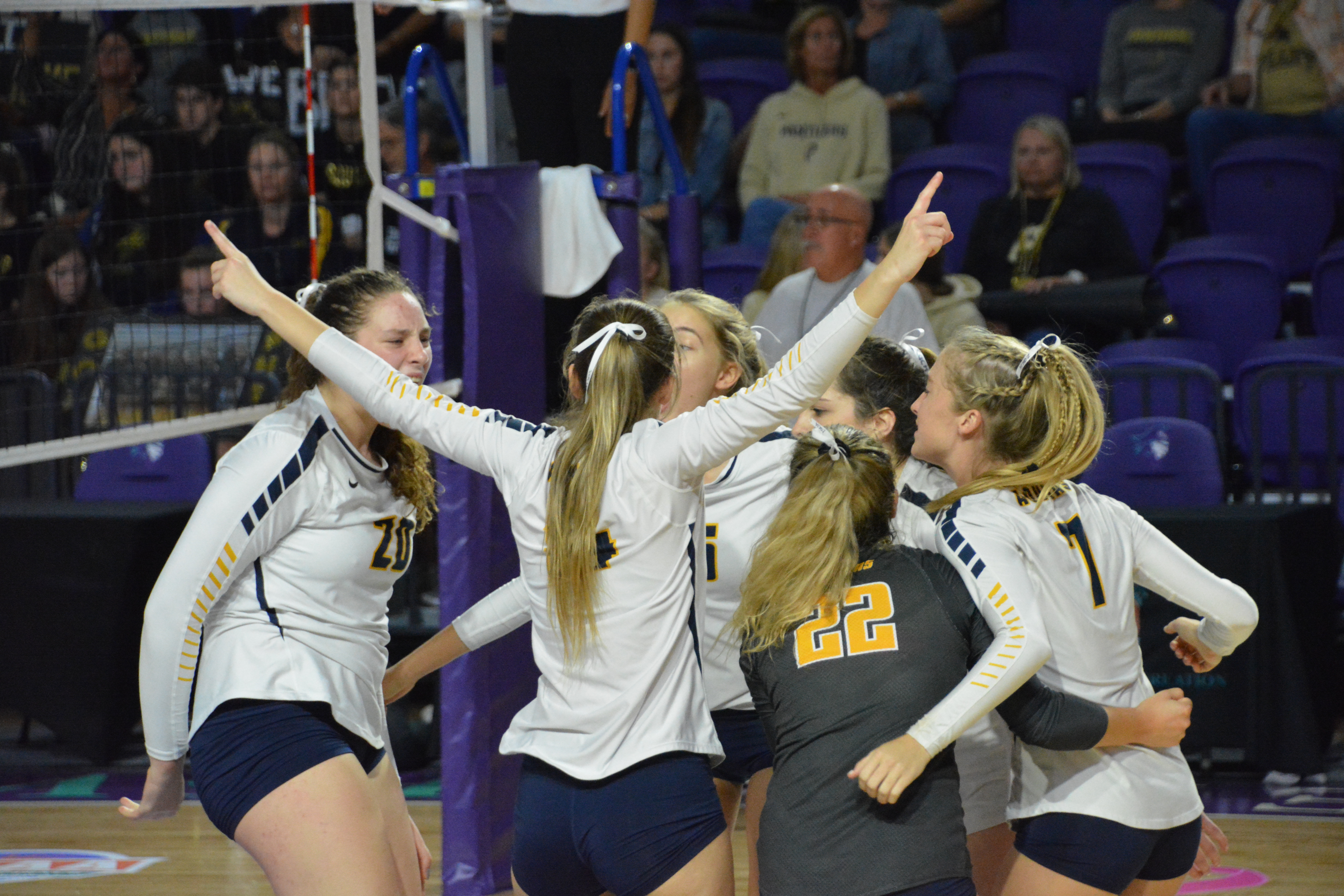 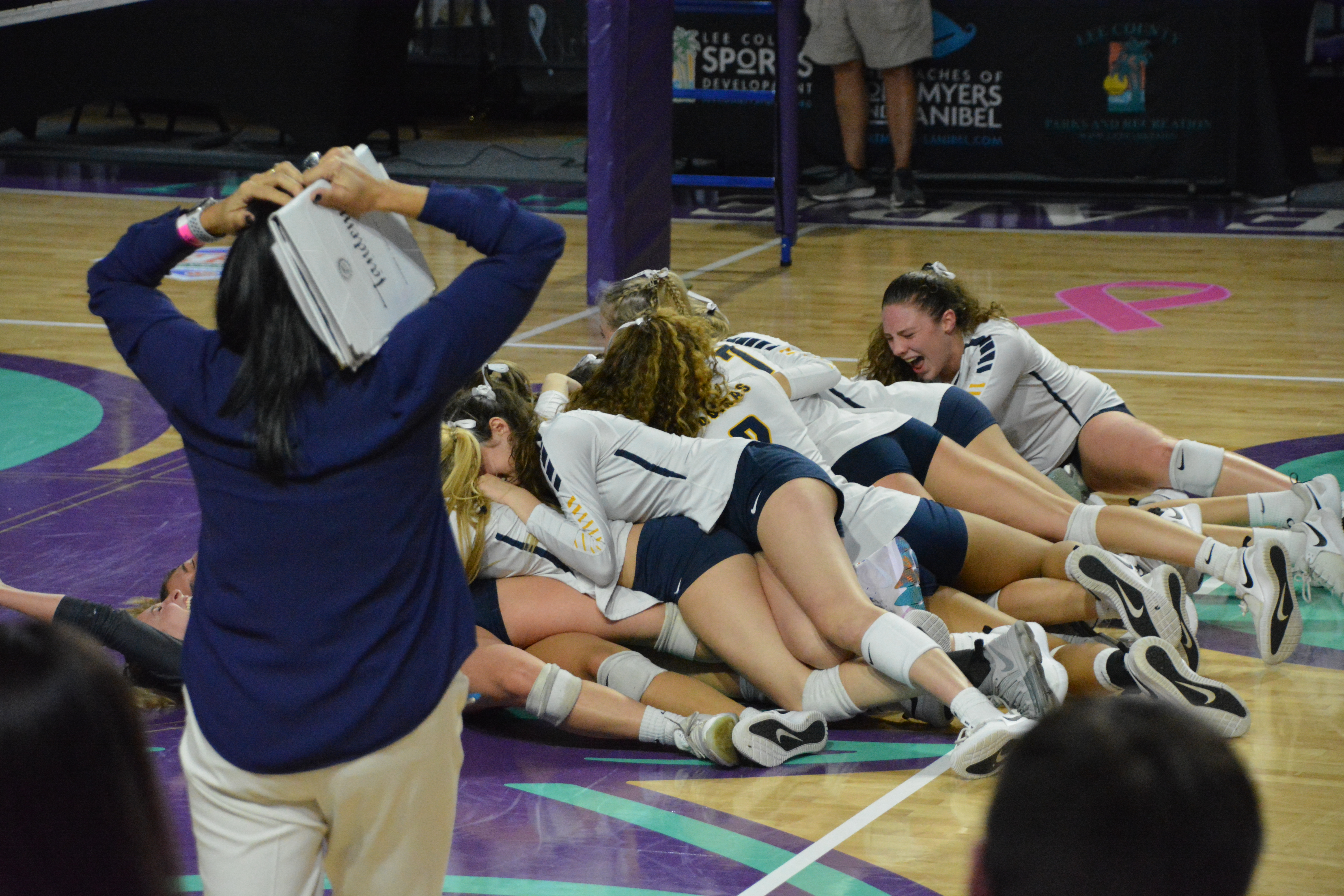 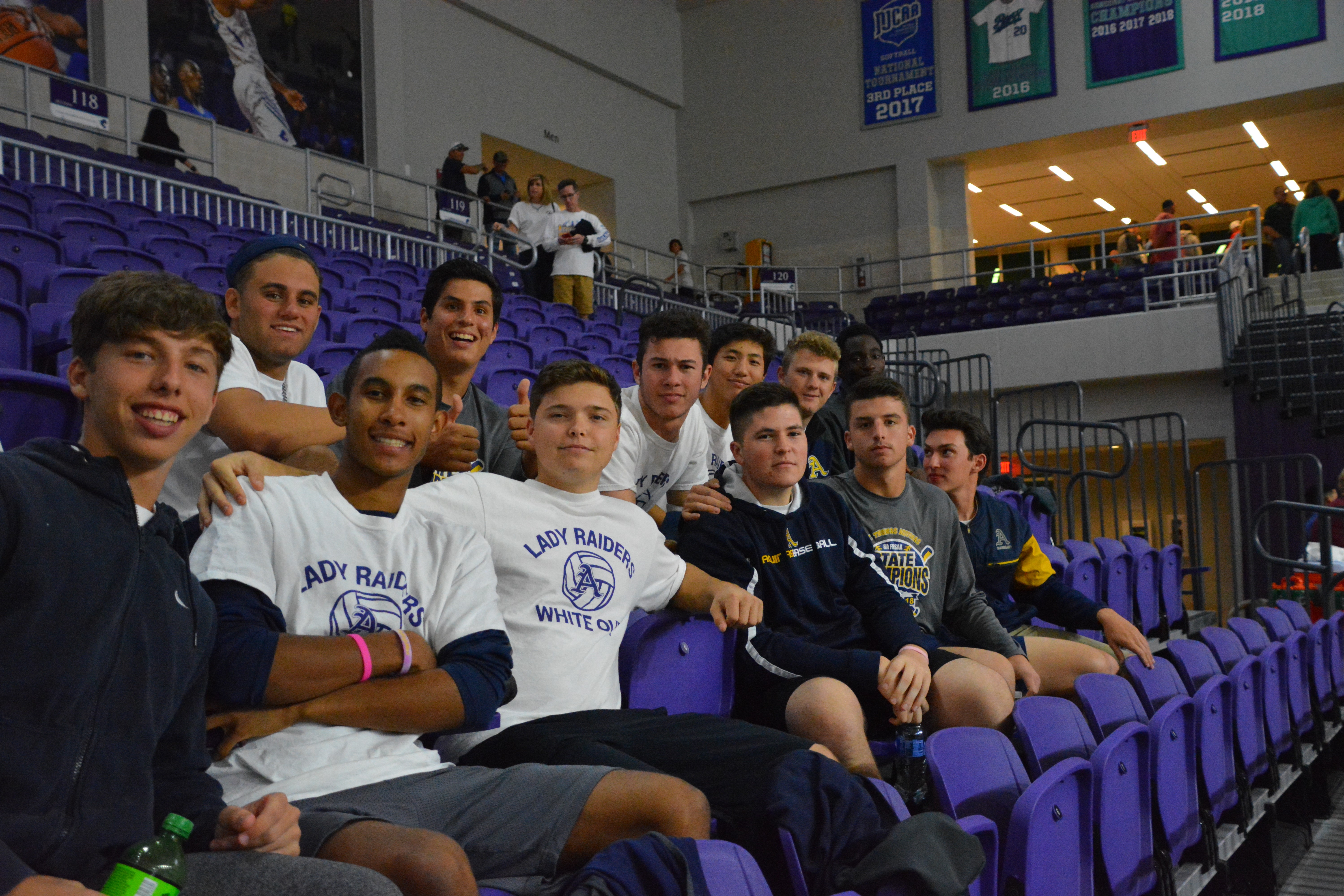 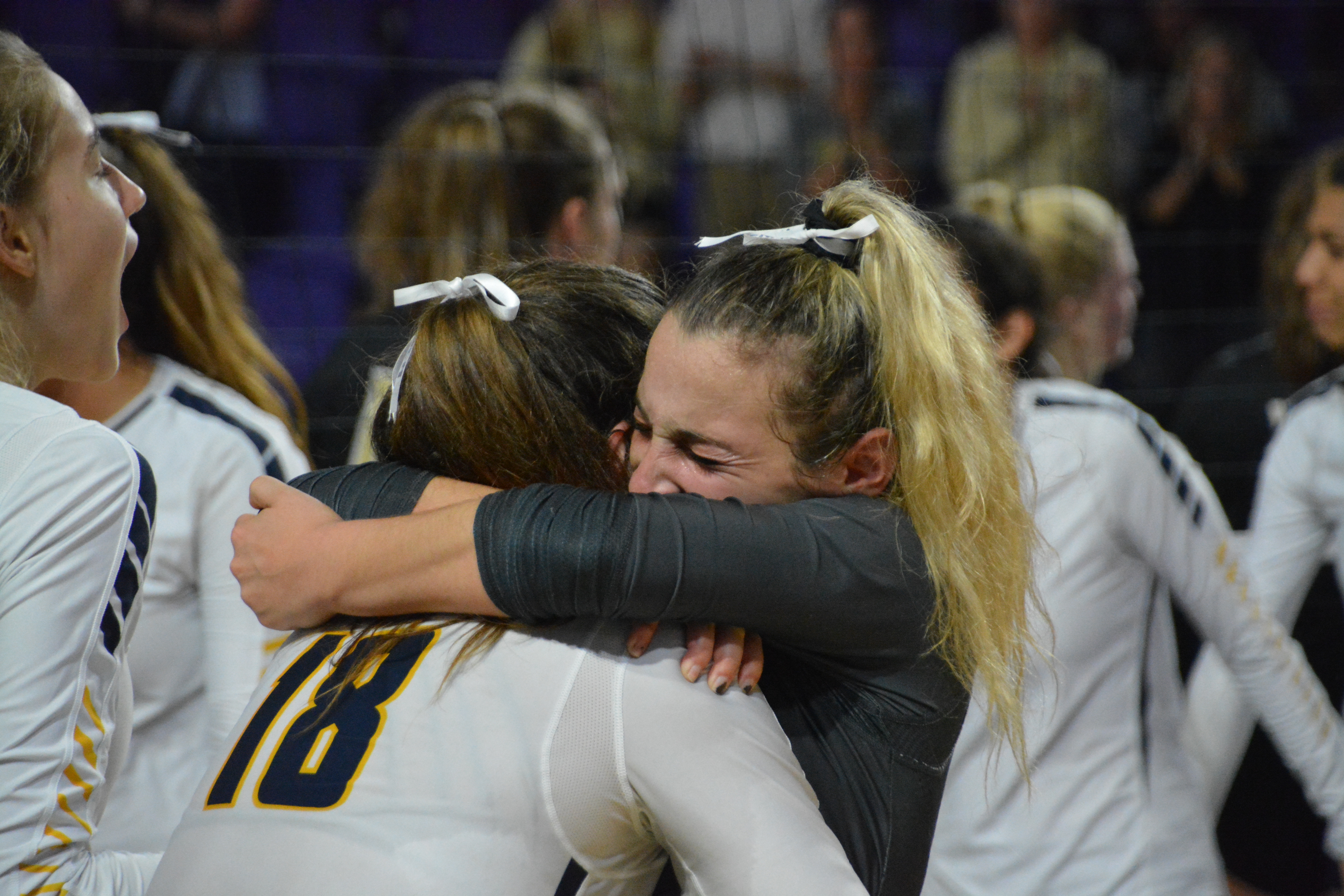 On November 16th 2018, St. Thomas Aquinas’ (STA) Lady Raiders volleyball took home the gold when they defeated Plant for the state title. In Fort Myers, where the match took place, students were loud and proud as they cheered on their classmates and friends. The Lady Raiders spiked their way to the finals, winning three of four sets, to bring the title back home. 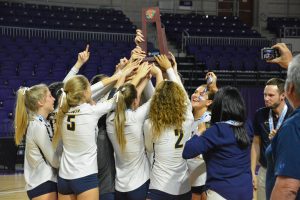 The Lady Raiders and their states trophy. Photo: Mrs.Layman

Although Plant put up a strong fight, the Lady Raiders were unstoppable. Unfortunately, it was the last hoorah for the ten seniors on the Raider team, but what a way to create their legacy and end their time at STA. Although the team will be losing their ten seniors, ninth graders Meredith Dixon and Olivia Mogridge have just started their four-year volleyball careers on a high note.  The game point was made by senior Sophia Davis with a stellar spike that defeated Plant.

The support from the stands did not let the energy die down at all throughout the entire match. With big posters and lots of noise, the fans hyped-up the players during their rush to the gold. Not only were the fans loud at  States, but they voiced their support throughout the entire journey the players took to get to the finals. The fans did everything they could to show their school spirit and pride in order to help the team to victory… and the Lady Raiders did nothing less than succeed.

Congratulations to each and everyone of the STA Volleyball players! Hopefully, the seniors will continue their volleyball careers in college and we wish them the best of luck. Go Raiders!