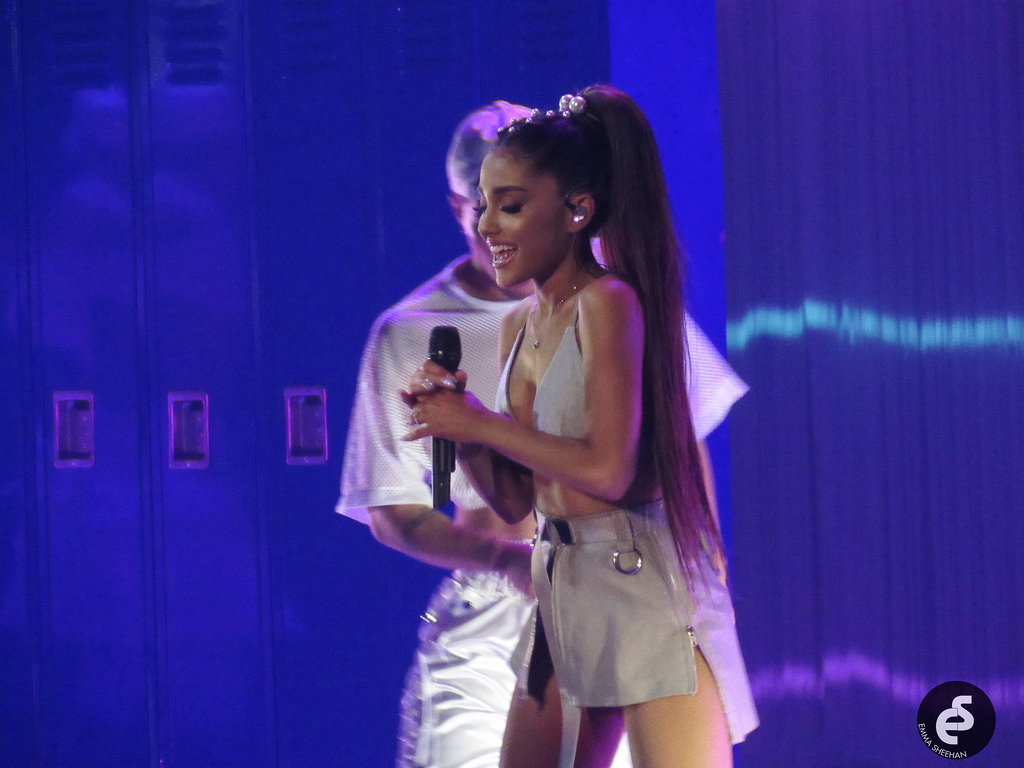 Ariana Grande first made her claim to fame on the Nickelodeon sitcom Victorious. Viewers immediately fell in love with her on-screen character Cat Valentine, with her bubbly personality, witty comments, and melodious voice. After three seasons Victorious ended, but Grande was able to continue her career on Nickelodeon as Cat Valentine on a new show called Sam and Cat. During the time that Sam and Cat was being filmed, she was also busy in the studio recording her first two albums, Yours Truly (2013) and My Everything (2014).

Her first album, Yours Truly, debuted at Number one on the US Billboard 200 chart. The album had the singles “The Way” and “Baby I”, both of which reached the Billboard Hot 100 during the same year. She also won the New Artist of the Year Award at the American Music Awards.

Her single “The Way” featured her good friend Mac Miller. In the music video, the two are shown cuddling in a room full of balloons, taking cute pictures, laughing and dancing together. Grande was dating YouTuber Jai Brooks. In July 2013 Miller shared in an interview with Cambio “She’s like the greatest person in the world. She’s like an angel, she’s very nice, she’s a sweet girl.” Miller stood strong by Grande’s side after the bombing at her Manchester concert.

On May 22, 2018, as fans were leaving the Manchester Arena, bubbling over with excitement about the Ariana Grande concert, there was an explosion at approximately 10:30 P.M.. Twenty-two people lost their lives and 59 were injured by the bomb that was set-off at one of the venue exits. The bombing was later revealed to be a terrorist attack for which ISIS claimed responsibility. Grande tweeted about the horrific event, “broken. from the bottom of my heart, i am so so sorry. I don’t have words.” To raise money for the victims of this horrific attack, Grande organized a fundraiser. Two weeks after the disaster, 50,000 supporters attended the One Love Manchester benefit concert. Multiple performers flew to England for the cause, including Justin Bieber, Katy Perry, Miley Cyrus, Coldplay, Pharrell Williams, Usher and the Black Eyed Peas. The event raised an overwhelming $13 million.

Grande was able overcome one hardship after the other, and to show the world that she is standing strong she released her newest album Sweetener in 2018. Following Sweetener she came out with the single “Thank U Next”. This was Grande’s first song to hit number one, and Billboard also noted that “Thank U, Next” is the first song by a female artist to debut at number one, since Adele’s “Hello” dominated the charts back in 2015. With this song Grande was the first woman to hold the top position for four consecutive weeks. Grande has become one of America’s top female singers, her fans admire her perseverance and determination to produce fantastic music.