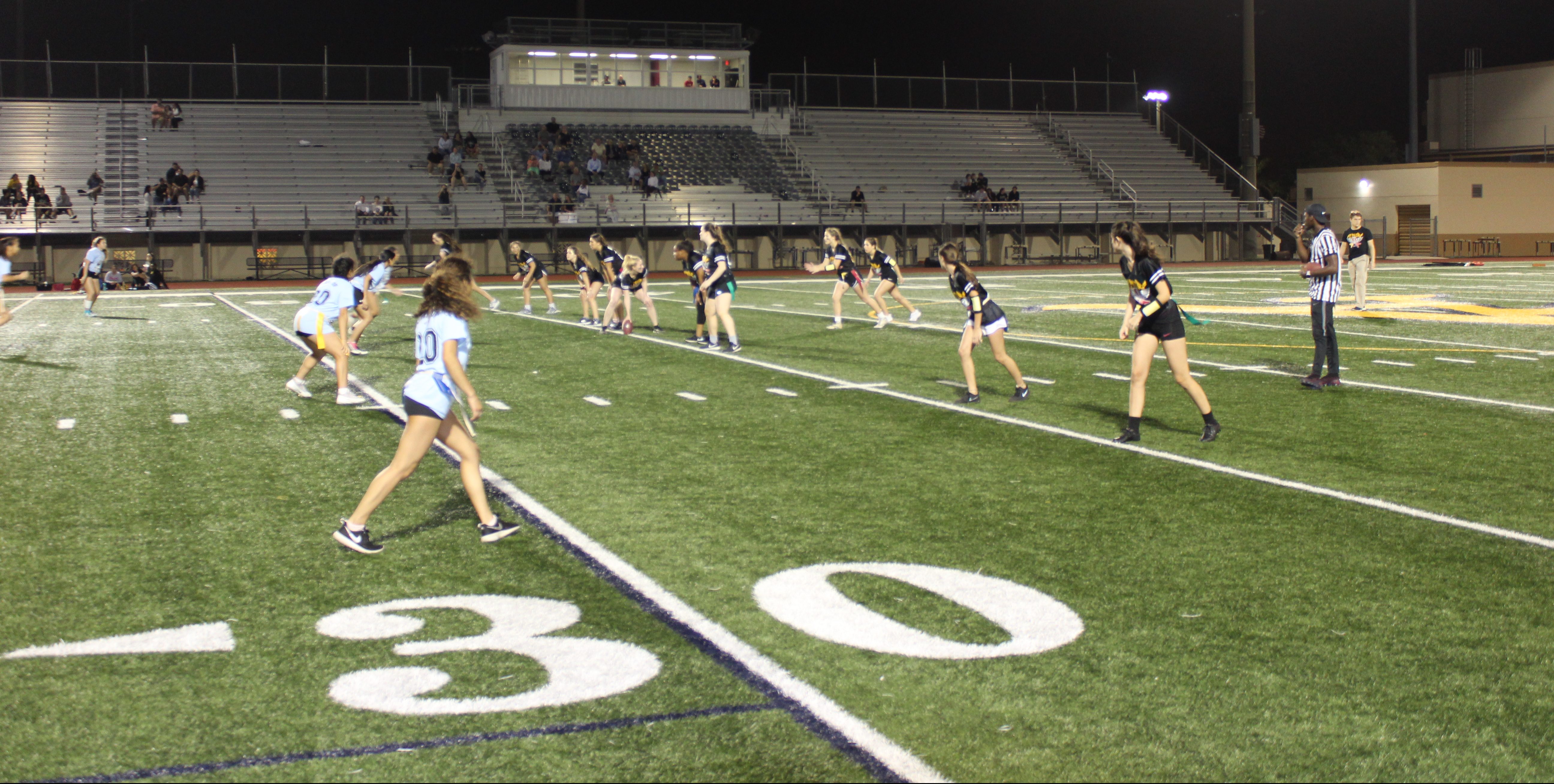 One of the main events of Cailini, Powder Puff, brought swarms of St. Thomas Aquinas High School (STA) students out to the stands. This year’s Cailini theme was music genres, each grade represented one. The freshmen’s genre was soundtrack, sophomores were pop, and juniors were country. Seniors rocked the night away with their rock music theme. Powder Puff girls couldn’t have been more pumped for one of STA’s many annual traditions. STA senior Kayla Scott shared with Raider Review “I have participated in Powder Puff through all four years of attending STA and I have come to know these girls so well. I have built a sisterhood with each of them which is why I believe the seniors will take it home this year.”

Powder Puff is an event where STA girls from each grade compete in a flag football tournament. Each grade had a team of select female players who competed on February 25, 2019. For weeks beforehand, the girls practiced every Tuesday after-school for approximately an hour to get ready for game day. STA junior coach, Joseph Kirner, explained that, “[They] did catching and flag pulling drills every practice to make sure the girls were ready.” Multiple male football players, from each grade, took up the role as coaches.

STA senior Jamal Cooney who coached Powder Puff for the first time this year, made a prediction that “This year we are coming for a change. Juniors, sophomores, and freshmen, we’re coming for you.” He was proven right when the senior team took home the gold, beating each grade in the tournament. In the end, the seniors competed against the juniors, with a nail-biting final score of 6-0.