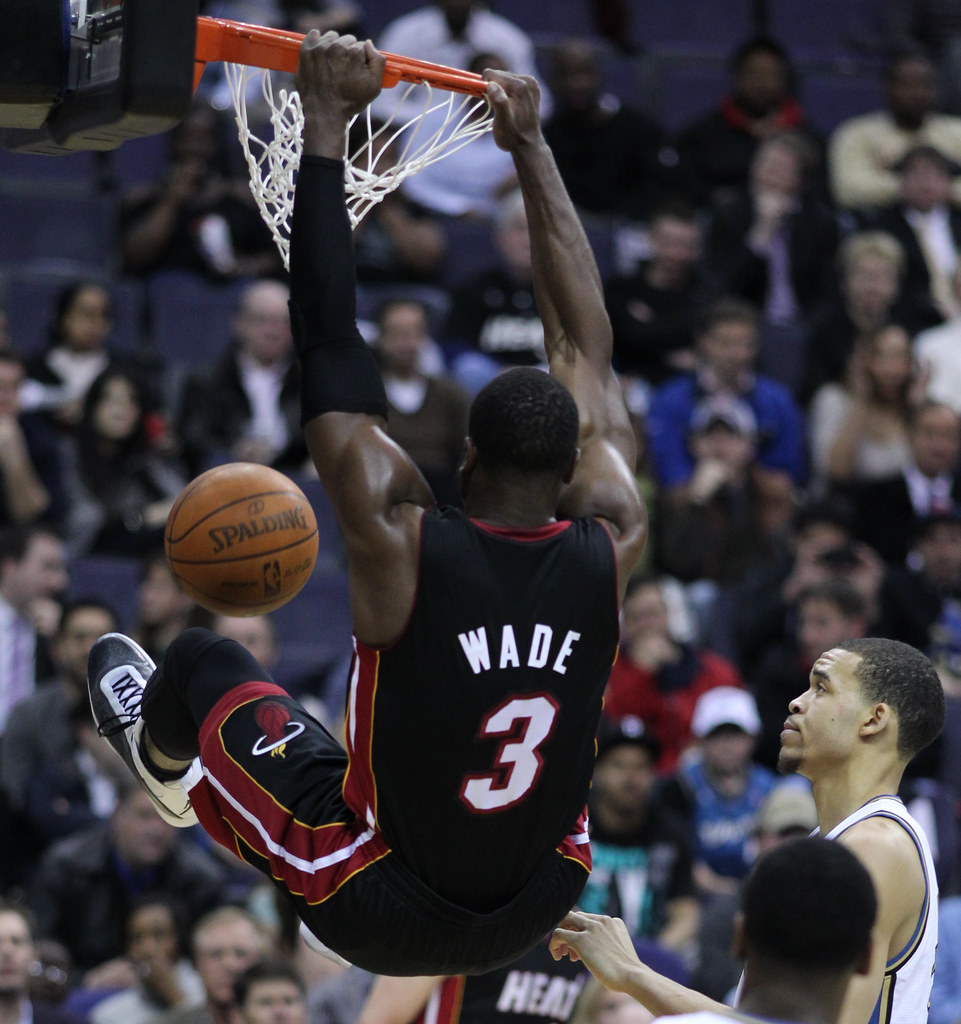 By Matthew Emmanuel, Madison Schlichte and Zatoria Thompson
MAY 9, 2019

On September 26 2018, Dwyane Wade announced via Instagram, that he would retire at the end of the 2018-2019 NBA season. He titled his post, “One Last Dance” and this was big news for every Miami Heat fan. Many fans had speculated that the previous season was Wade’s last because of his lingering knee issues; however, Wade decided that he had enough left in his tank to play another season.

Wade’s 16-year career started in 2003, when he was selected fifth overall by the Miami Heat in the NBA Draft. In his first season, Wade made an immediate impact averaging 16.2 points per game while also averaging 4.5 assists per game. In the 2005-2006 NBA season, Dwyane Wade led the Miami Heat past the Dallas Mavericks to win their first NBA title. Wade was named the Finals MVP, averaging a stunning 34.7 PPG (points per game). The next championship run for the Miami Heat was in 2011-2012, led by a trio of Dwyane Wade, Lebron James, and Chris Bosh. The Miami Heat matched up against the Oklahoma City Thunder in the 2012 NBA Finals. Miami lost their first game but won 4 consecutive games to take the trophy home. In the following season, Dwyane Wade and Lebron James formed a superstar duo. According to ESPN, Dwyane Wade averaged 21.2 PPG and Lebron James averaged 26.8 PPG during the 2012-2013 NBA season. This time the Miami Heat faced the San Antonio Spurs in the NBA Finals. The Heat defeated the Spurs in a 7-game series to become back-to-back NBA Champions. This was the last championship run for the Miami Heat as the team roster was completely revised during free agency.

After spending a few seasons with the Chicago Bulls and Cleveland Cavaliers, Dwyane Wade’s trade request was granted, and he was traded back to the Miami Heat in the middle of the 2018 season. The Heat secured a playoff spot but were defeated in five games. In the off-season, Wade announced his 16th season would be his last. It was an emotional season for the entire Heat Nation, as tributes poured in from other teams and players around the league. In his last home-game, Dwyane Wade scored 30 points in a blowout win over the Philadelphia 76ers. The crowd was roaring as Wade dropped buckets on buckets. ESPN’s Tim Bontemps reported that in his heartfelt speech to the crowd, Wade said “I think, at this point, as you have one more game left, that’s all you have … you have these moments, you have the flashbacks in your mind. You have video to look at. Those moments, to be able to have these moments throughout your career, that’s what you want when you’re older … that just is what it is.”

It is a bittersweet feeling for all Miami Heat fans, watching Wade step onto the court for his last time, but fans also feel happy for Wade now that he can spend more time with his family. Although his career is over, Wade will surely be seen at the American Airlines Arena supporting his Miami Heat.