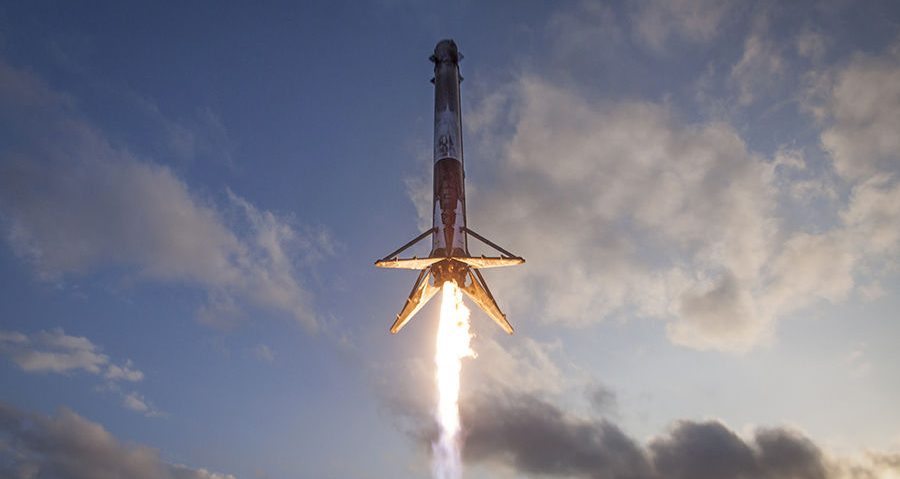 By Matthew Cadogan and Julian Quintero
MAY 16, 2019

NASA made leaps in space exploration during the last century, but recently an independent business has emerged. SpaceX is making advancements in exploration beyond this planet, and the question is, how will this impact NASA?

SpaceX was founded by Elon Musk in 2002. According to their website, the “mission is to enable humans to become a spacefaring civilization and a multi-planet species by building a self-sustaining city on Mars.” The site also notes that “In 2008, SpaceX’s Falcon 1 became the first privately developed liquid-fuel launch vehicle to orbit the Earth.” Spacex is currently developing rockets such as the Falcon 9 and the Dragon, to transport both humans and cargo.

The National Aeronautics and Space Administration (NASA) was founded by Dwight D. Eisenhower on July 29, 1958. According to history.com, “NASA was created in response to the Soviet Union’s October 4, 1957 launch of its first satellite, Sputnik I.” This event ignited a space race between the U.S. and Soviet Union. The United States was committed to surpass the Soviet Union in advancements of space technology and exploration. On July 20, 1969 NASA would be the first ever space administration to send an astronaut, Neil Armstrong, into space, which moved the US to the front position in the space race.

Even though NASA and SpaceX both work in the same field, they do not compete with each other. According to Samantha Masunaga of LA Times while they both have similar goals, that does not mean there is going to be another “space race.” In fact, they are partners rather than competitors. “NASA has long been SpaceX’s most important customer, providing contracts to deliver cargo and eventually astronauts to the International Space Station.” NASA also helped fund the development of space vehicles such as the Falcon 9 rocket and Dragon space capsule. SpaceX also uses NASA’s launch pads to send their rockets on resupply missions. Both SpaceX and NASA will continue to make giant leaps in space if they work together and will eventually reach their end goals.