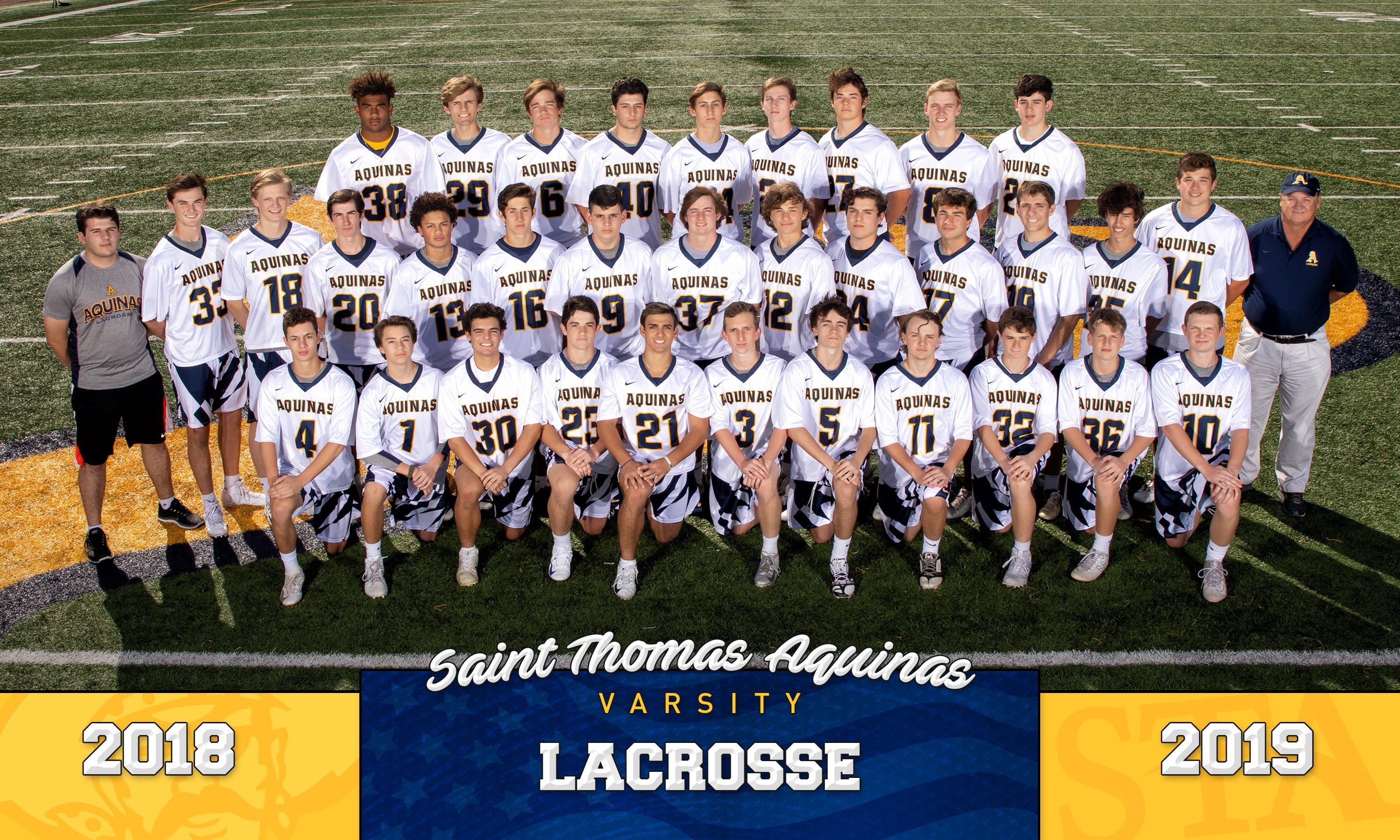 The athletics at St. Thomas Aquinas High School (STA) are some of the best in the state.  The schools’ varsity boys’ lacrosse team lives up to this standard. The range of players on the varsity team this year includes many veteran senior players, juniors, sophomores, and a few freshmen. The goal was to bring their team to states.

As all STA teams do, the varsity boys’ lacrosse team spent countless hours training. This drove the team to be immensely successful throughout the season. In an online interview with Raider Review, Chase Garey, who was one of the few freshmen that made the selective varsity team and even got the chance to play in the state game, explained, “Our practices allowed us to construct and refine game plans for every team we came across throughout the season. These practices also allowed our team to bond together and become closer as not only friends but a family.”

On February 19, the 2018-2019 season kicked off with a game against Plantation High School. The STA Raiders began their season by easily outscoring their opponents and secured a 19-0 win. This game started the winning streak as the Raiders continued to win all of their games, including one against long-time rival, Lake Highland Preparatory School. On March 14, 2019 the Raiders were set to play against another rival, Oxbridge Academy. Although they led for some of the game, the Raiders suffered an 8-14 defeat.

This loss didn’t haunt the Raiders for long, afterwards they won four more strong games. STA’s next loss was in a game against Massapequa, a high school in New York. After this game they, once again, redeemed themselves by winning the next four games.

The team then played their district game against South Plantation High School and won 17-3. The team’s winning ways continued throughout the Regional Quarterfinals, Semi-Finals, and the Finals. The team won the State Semi-Finals in overtime on May 10, 2019, against Bishop Moore High School.

The team entered the State Championship on May 11 and fought hard throughout the game. Unfortunately, the Ponte Vedra Sharks took control and won. Chase Garey said that, “The only changes we need for next year is to get bigger, stronger, faster, and more conditioned. This will allow us to be [the] more dominant athletes and not rely on skill as much to win in big time games.”

The loss in the State Championship does not take away from the strong season, and the hard work that STA’s Raiders put in during the 2018-19 season, which ended with a final record of 21 wins and 4 losses. This year’s State loss will serve as a driving force and an opportunity to grow, which will hopefully lead the Raiders to become state champions next year.