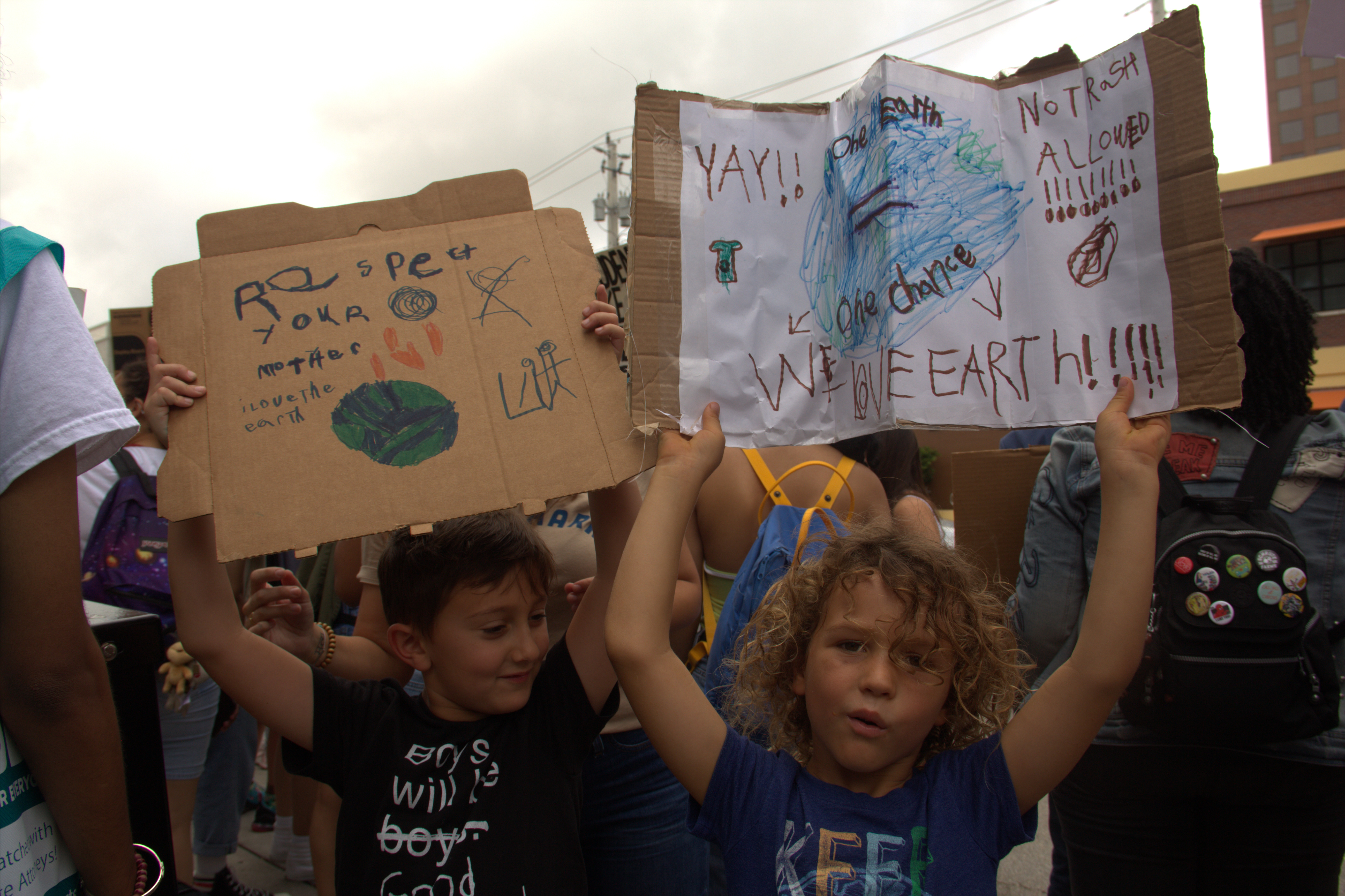 On Friday, September 20, thousands around the world came together to voice their discontent with companies’ and politicians’ lack of response to climate change. This strike was deliberately scheduled to take place before the September 23 United Nations Climate Action Summit. Another protest took place on September 27. Somini Sengupta of the New York Times reported that the protests were inspired by Greta Thunberg, a young environmental activist from Sweden, who called for students to strike across the world. The events themselves were organized by multiple local conservation movements and organizations.

Here, in Ft. Lauderdale, the events were organized in part by members of the Sunrise Movement. The Sunrise Movement is an organization committed “… to make climate change an urgent priority across America, end the corrupting influence of fossil fuel executives on our politics, and elect leaders who stand up for the health and wellbeing of all people.” Noelle Murry, Hub Contact for the Sunrise Movement in Ft. Lauderdale, told the Raider Review that this  Global Climate Strike was held  “… to tell our political leaders that we will not wait one day longer: we need our politicians to start treating this crisis like the emergency it is, now.”

One of the most notable characteristics of climate protests, and the Global Climate Strike in particular, is the large turnout of young people. St. Thomas Aquinas High School (STA) junior Emma Kavanaugh, who is a Water Challenge Ambassador for EarthEcho International and the founder of the STA Surfrider Youth Club, said she “… was inspired by Greta Thunberg and my climate activist friends from Zero Hour and other organizations. They do so much to fight climate change!” When Noelle Murry was asked to shed light on this phenomenon, she explained that “… because they are organized by youth… Fridays for our Future and Global Climate Strike … are all youth organizations who are dedicated to fighting the climate crisis because we know that it is our future that is at risk.”

However, different people have different views on what constitutes the largest threat to the climate’s health. The Sunrise Movement claims that the biggest threat to climate around the world is “… the fossil fuel industry. They have known about climate change since the 1970s… and chose to ignore it to keep making profits for themselves. As well as our politicians that are being bought out by the fossil fuel industry.” On the other hand, Emma Kavanaugh believes in a more general cause to the issue, “Ignorance. People are so ignorant and don’t care. The problem isn’t the people who run the corporations, it’s the good people who do nothing.”

No matter what aspect the different groups at these events choose to call attention to, they all promote similar ways that everyone can help to stem the changes in the global climate. Emma Kavanaugh suggests that anyone who wants to help fight climate change should “Carpool when you can and strike for our future and get the word out… Even the little battles contribute to the war.” Noelle Murry advises everyone “… to get active in the movement… We know that it takes only 3% of society to create mass change, so that’s where we need to get to.”

Learn more about the Global Climate Strike or get involved in other events through the Sunrise Movement by visiting their websites.