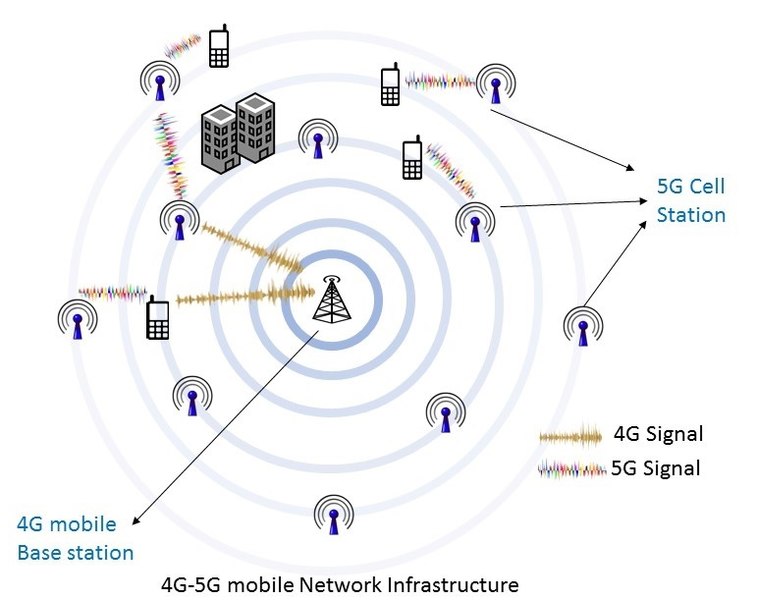 The Future of 5G

CNET reporter Jessica Dalcourt says that “By 2021, when the networks are fully developed and prices start to come down, it’s more likely that every premium phone model will support 5G …” Dalcourt also points out that this year computer manufacturer Lenovo has already indicated that they plan to make “5G connected laptops.”

In a press release dated October 24, 2019, the Qualcomm company said that they are “…  the world’s leading wireless technology innovator, inventing foundational technologies, like 5G, that will transform how the world connects, computes and communicates.” Fifth Generation (5G) technology has the ability to interconnect and control different types of devices at a much faster rate and promises increased network capacity for users.

Qualcomm does this by using millimeter wave spectrum technology, a “…much more resilient…” wave signal according to Cynthia Grupe, the executive director of Technology for Verizon. Described as a “superhighway” for moving data, millimeter wave technology’s better bandwidth and higher frequencies can allow for more accessibility and faster speeds when it comes to devices such as AR and VR immersive experiences and cloud-connected devices. At the moment, 5G millimeter waves can’t reach more than a few blocks in most locations. Erin Carson from CNET says that wireless carriers like Verizon and Boingo are working on moving 5G Ultra Wideband into closed or indoor areas like office buildings or stadiums. T-mobile is using low band and millimeter wave spectrum which would have a more large-scale reach. So wireless carriers are finding ways to make high-quality 5G accessible everywhere. Bob O’Donnell, a contributor for Forbes.com, reported that the technology will “… theoretically [offer] up to five times the bandwidth of a 4G connection.”

Verizon CEO Hans Vestberg has expressed the opinion that 5G will revolutionize communication technology. In a 5G economic study that Qualcomm conducted, the company speculated that the entire effect of this technology on the global economy would be realized by 2035 and could end up producing about “…$13.1 trillion worth of goods and services…” The study also indicated that 5G technology is estimated to create 22 million jobs but it may still be too early to determine its total effect globally.

C-V2X, a program used to process and communicate information, will run on 5G. With this program, self-driving cars will be able to independently navigate in most traffic situations. In an article by CNET’s Steven Shankland, Maxime Flament, the chief technology professor of the 5G Automotive Association, says that “C-V2X will unlock the full potential of self-driving technology by adding an additional sense.” The “V2X” refers to a vehicle’s ability to transmit information (represented by the “X”) for better performance. Shankland goes on to describe how 5G’s capacity for larger data transfers would potentially enable a  car to access another nearby car’s back or front camera radar, enabling “one car to see with another car’s eyes.” Although installing C-V2X technology in cars will be less difficult with the help of 5G, putting it to use and even just testing on the roads will be another problem. Advocates of this program need to get government regulators on board which is going to be a long process.

CNET reporter Corinne Reichart notes that an additional byproduct of 5G would be smart cities, which  Las Vegas is planning to become. The city is creating its own private 5G network, maintained by Michael Sherwood, the Director of the Department of Information Technologies for the City of Las Vegas. Mr. Sherwood hopes that Las Vegas will not only be known for its entertainment industry, but will become a center for innovation and technology. He says that he is aiming for the city to be a “peer to Silicon Valley.” Ms. Reichart refers to the Las Vegas International Innovation Center as the “heart of the project.” She says that “Inside, the center is decorated with prototype smart street lights and scale models showing how parks and buildings are connected.”

Even though 5G has only been implemented in a few cities as of right now, Qualcomm President Cristiano Amon expects that to change very soon. He told Yahoo Finance “We should see 5G in all metropolitan areas in the United States, as well as in China, Korea, Japan, and Europe towards the end of 2020.” It may take some time to get the type of coverage 4G has because permits are needed to install 5G antennas, and “high-end 5G connectivity” requires a large amount of antennas.

Based on these companies’ ambitions, consumers could be looking at enormous technological advancements in communications within the year.