By Eleanor Trese, Daniel Neville, and Thereza Zephir
MAY 29, 2020 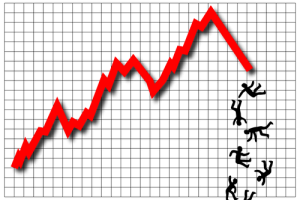 The stock market has been dropping for the past few months, and many businesses are experiencing colossal consequences. On February 20, 2020 the global stock markets began dropping rapidly. During the week of February 28, the Dow Jones Industrial Average, S&P 500 Index, and the NASDAQ-100 had one of their worst trading weeks since the financial crisis of 2008. The following week had a few signs of near-term recovery, but economists remained “uncertain surrounding the virus’s economic impact,” according to Reporter Ben Winck of bussinessinsider.com. The anticipated correction was possibly premature and a byproduct of the pandemic. However, on March 17, the Dow, which is an indicator of how 30 large U.S.-listed companies have traded during a standard trading session, dropped 2,997 points, or 12.9%. Matt Egan of CNN.com reported that “The S&P 500 plummeted 12%, its worst day since 1987.”

In his article, Mr. Egan  also stated that, “US oil prices crashed as much as 34% to a four-year low of $27.34 a barrel as traders brace for Saudi Arabia to flood the market with crude in a bid to recapture market share.” As a result, oil companies plunged 10% by the end of that week. Currently, less oil is being purchased because most people don’t need transportation, since they have had to stay at home during the quarantine. According to reporters Fred Imbert, Pippa Stevens, and Maggie Fitzgerald of cnbc.com, “US gasoline prices are below $2 per gallon on average for the first time in four years.” Since the coronavirus pandemic, most of the population is sheltering-in-place, taking only short trips to acquire essentials, which means that fewer cars, trucks, motorcycles, and other gas-run vehicles are being used.

This dramatic reduction in mobility is part of the reason why airline stocks are also dropping. Lou Whiteman of nasdaq.com  reported that  shares “of Spirit, Hawaiian, and American are now down about 40% year to date, and many other airline stocks are not far behind.” These drops in airline stocks are not likely to rise anytime soon because of the pandemic. Also, the restrictions that were imposed on spring break vacationers’ travel plans further impacted revenues for airlines. 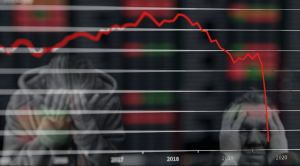 Reporter Kimberly Amadeo of thebalance.com explained that, “Stocks are an important source of cash that corporations use to manage and grow their businesses. If stock prices fall dramatically, corporations have less ability to grow.” If companies don’t produce revenue , they will have to lay off employees to avoid going bankrupt. This however, will cause people who are  laid off to apply for unemployment, and those who are not eligible will be left without any funds. Since these people won’t have money they can’t buy basic necessities such as food, water, toilet paper, and medicine. As the drop in the stock market continues to impact businesses, more and more people will experience this harsh reality.

Understanding stocks can be difficult, so this background information might help. The stock market is where investors connect to buy and sell investments in the form of stocks. Stocks are shares of ownership in a public company. Reporter Laura Bramble of smallbussiness.chron.com describes it this way, “Stock markets were started when countries in the New World began trading with each other. While many pioneer merchants wanted to start huge businesses, this required substantial amounts of capital that no single merchant could raise alone.” This resulted in investors putting their own money into these businesses, which came with co-ownerships and partners forming joint stock companies.

It is difficult to predict how long it will take the Stock Market to recover from the current downward trend. “The Stock Market fell 90% during the Great Depression and took four years to go back to normal, but the 2008 crash only took 18 months,” according to  Kimberly Amadeo of thebalance.com. Based on these trends, it would seem that when the spread of the COVID-19 starts to decline that will most likely mark the beginning of the Stock Market’s recovery.