Photo Credits: US Department of State

Multiple parties within Miami-Dade County, Florida, including The Pitching Lab, have filed a class action lawsuit against the People’s Republic of China (PRC). The plaintiffs filed this class action suit in an attempt to receive compensation for their losses due to the Covid-19 crisis.

As summer approaches, governments around the world are eager to restart their economies in an attempt to lower the unemployment rates and get back to business as usual. Is it too soon? What if China had been more forthcoming and the world had been able to spend an extra month or two preparing to prevent the spread of the virus. Countries could have closed international travel, ramped up testing, started developing a vaccine and isolating the virus. According to Stanford Health Care’s COVID-19 FAQ page, “A vaccine will likely take 12-15 months to be released and readily available to the public.”  In a crisis such as this one, time is of the essence.As stated by Helen Davidson, Hong Kong correspondent for The Guardian, “Chinese authorities had identified at least 266 people who contracted the virus last year and who came under medical surveillance, and the earliest case was 17 November [2019].” Erin Schumaker, of ABC News, wrote that it was January 11, 2020, before China first reported cases of Covid-19.

This questionable timeline is one of the main focuses of the plaintiffs who are filing the lawsuit. If the plaintiffs’ side can prove that China is negligent and therefore liable in the United States’ federal courts, the repercussions will reach new heights. In an interview with the Raider Review, Broward County public defender Mrs.Phyllis Cook stated “The case has its fair share of issues like court jurisdiction and certifying such a general class.” A case like this leads many to wonder how else could those affected by Covid-19 be compensated? Cook also suggested that, “The Federal Government is a more sensible mode for compensation in a global crisis.” The stimulus checks that were sent to millions of Americans over the last several weeks are an example of this type of compensation. However, with respect to China, the government might issue sanctions, tariffs, and even seize assets because of the PRC’s negligence in the Covid-19 crisis. This situation is possible, but not likely, as any political action against the PRC that states or implies negligence will only result in political tensions. The last place where the People’s Republic of China might be served is in the International Courts. This situation is highly unlikely as it would require the consent of both parties and would probably leave both nations in political upheaval. Ultimately, the actual success of gaining compensation from the People’s Republic of China for the negligence charges is unlikely, but will prompt additional judicial action in the weeks to follow. 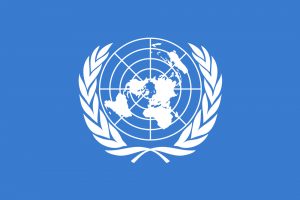