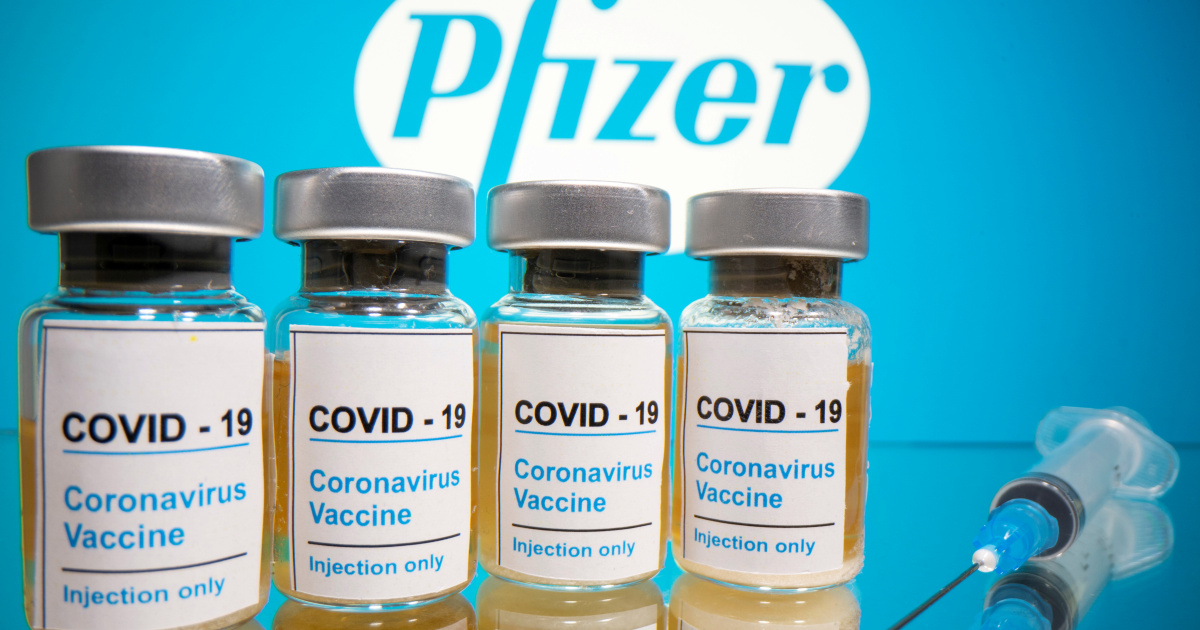 FILE PHOTO: Vials with a sticker reading, "COVID-19 / Coronavirus vaccine / Injection only" and a medical syringe are seen in front of a displayed Pfizer logo in this illustration taken October 31, 2020. REUTERS/Dado Ruvic/Illustration/File Photo

2020 has been a year full of triumph and change, that will undoubtedly leave an indelible impression upon those of us who experienced it first hand. Although there were a few bright moments spattered throughout the year, the disproportionate amount of unpleasantries will likely lead to this being remembered as one of the worst years in modern history. The worldwide pandemic that began at the end of 2019 has changed everyone’s lives. Because of the pandemic, several things have happened that are different from what would usually occur. In addition to the pandemic, other  pivotal events have had a significant impact. Here are some of the most notable events from throughout the past year.

Australian bushfires: Starting in September, bushfires blazed through Australia that intensified to “apocalyptic” levels. More than 15.6 million acres have burned so far. The fires have killed a total of 75 people and destroyed 2,500 homes. It is estimated that  over 1 billion animals have  died since the fires began in September.

The COVID-19 vaccine: According to Pfizer, “Vaccine candidate was found to be more than 90% effective in preventing COVID-19 in participants without evidence of prior SARS-CoV-2 infection in the first interim efficacy analysis.” This made the public feel more confident about the future of the virus. Additional good news was heard on November 16 by another pharmaceutical giant: Moderna. Moderna stated that their blind trial was 94.5% effective.

Black Lives Matter protests: On May 26, 2020, George Floyd, an African American man, was killed by a police officer in Minneapolis. This sparked many protests for the Black Lives Matter movement. This social and political movement spread around the world and brought attention to the issue of police brutality. Individuals are continuing to exercise their right to protest until they feel that justice has been served  for the people who were killed.

Murder hornets: Murder hornets are giant and dangerous hornets that are mainly found in countries in Asia. In May, the Murder hornets migrated to the United States causing many to worry since they kill up to 50 people a year in Japan. In October they successfully were able to remove the first nest from the U.S but these insects will probably not leave for a few years.

Death of Ruth Bader Ginsburg: Ruth Bader Ginsburg was the second woman to become a Supreme Court Justice in the United States. She was a very influential individual who stood up for gender equality and women’s rights. She served as a Justice for 25 years until she died on September 18, 2020, from pancreatic cancer.

Celebrity deaths: This year we have mourned the loss of many celebrities. In January we lost Kobe and Gianna Bryant in a helicopter crash. In July, Glee star Naya Rivera passed away. At age 43, beloved Black Panther actor Chadwick Boseman died of colon cancer. Many other beloved individuals have also passed, including Sean Connery, Kirk Douglas, Nick Cordero, Alex Trebek, and Eddie Van Halen.

Joe Biden wins the Presidential election: Since the votes were still being counted after November 3, the 2020 Presidential election was very different this year. It was publicly announced on November 7th that Joe Biden won the electoral college vote, securing him the election. 306-232 was the final count, and Biden alone had around 14,000 more votes than Trump had.

First female Vice President elected: Kamala Harris is the first female to be elected vice president in the history of the United States. During Harris´s acceptance speech, she credited her mother and also several generations of powerful women of all races who made sacrifices for her to achieve this. The upcoming vice president concluded her speech with the statement “while I may be the first woman in the office, I will not be the last”. Harris being in office serves as motivation and empowerment to young girls all over the world.

Each one of these occurrences will continue to influence lives now and in the future.  The best that we can do is be hopeful for a brighter future in the coming year. If the pandemic persists, other things may happen, but right now the world has begun to recover from it all.  In spite of the difficulties, the human spirit remains resilient as we leave this year behind us and forge our way into the uncertain future.