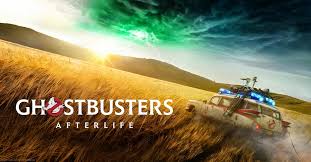 Covid-19 had delayed and canceled the release of many highly anticipated movies in 2020. Now that restrictions are less stringent and safer for filming on set amidst the pandemic, many delayed and canceled shows are planning on returning to set to continue where they left off.

First off, blockbuster Disney movies that are most looked forward to. Arguably the most anticipated film of 2021 is Spiderman: No Way Home. The name has not been confirmed and may still change further along in movie development. Another Disney movie, and also a part of the Avengers series, is Black Widow. The Marvel Cinematic Universe is also planning to add The Black Widow movie later in 2021. Other stand-alone animated films by Disney are to be released, the first of which is Raya and the Last Dragon. Not much is known about this movie, and only a few trailers have been released, but it seems to be a fun kids’ movie. These final movies we don’t know much about or are releasing much later in 2021. These movies include Shang-Chi and the Legend of Ten Rings, Cruella, Luca, and Encanto.

Next are the non-Disney movies, and the list is quite expansive. First up are the action movies. Fast and Furious 9, the 10th movie in the series, is coming out soon. A sequel to the original Space Jam and the new Mortal Kombat movie are both releasing in 2021. Other big action hits expected to hit the big screen are Godzilla vs. Kong, Mission: Impossible 7, Ghostbusters: Afterlife, Top Gun: Maverick, and No Time to Die. No official release dates have been announced yet for many of these films.

And finally, movies from other categories, such as thrillers, comedies, and science fiction. Comedies include The Boss Baby: Family Business, Minions: The Rise of Gru, and Coming 2 America. Dramas include In the Heights. The Science Fiction movies are Dune,  Reminiscence, and the Jungle Cruise, an adventure movie.

There are many smaller films planned to be released in 2021, and there will be a plethora of new movie announcements as well in the future. Although Covid-19 delayed a year of progress in the entertainment industry, Hollywood is back in business. 2020 has marked a temporary delay for production, but hopefully, we will all be sitting in the dark together with our Super-Sized popcorn and HDX Dolby Surround Sound in the very near future.