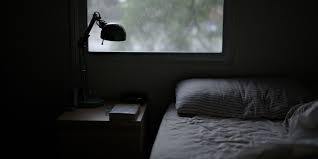 How Spending Time in Dark Rooms Can Affect Our Brains

Dark rooms in the workplace and at school have been an increasing trend in the last few years, and many teachers and bosses alike have adopted these methods. But why are they doing this? Does it change anything?

The answer is yes, but not in a good way. We, humans, spend up to 90% of our time indoors, so obviously something as simple as lighting can affect our brains in a big way. Studies from Michigan University have shown that spending too much time in dimly lit rooms that use natural light for lighting can make you less productive, and lower the quality of your sleep. These same neuroscientists from MSU performed experiments on Nile grass rats, which are similar to humans in the way that they sleep. These experiments tested rats for four weeks, where each rat was kept in a room with different lighting conditions. The scientists concluded that the rats in the dimmer, poorly lit rooms lost 30% of their mental capacity to use their hippocampus, the region of the brain responsible for learning and memory retention. In addition to this, these rats lost some ability to perform spatial tasks.

On the contrary, the other rats in the brighter rooms with higher-quality lighting had an increased ability to complete spatial tasks. They also had increased awareness and, when tested on, showed a slight increase in hippocampus activity. The reasoning behind the dimmer lighting negatively affecting the rats is simple: when there is less sunlight, there is less of a specific peptide in your brain that keeps connections between neurons in your hippocampus strong.

However, you shouldn’t worry if you have been in poorly lit rooms for long periods. The Michigan scientists also concluded that after a month of periodic doses of brighter lighting, the rats who had lost mental capacity in their hippocampus were able to gain it all back. This can be applied to your everyday life in simple ways, such as going outside for walks regularly or just spending time in the sun. Still, you should try to decrease the amount of time you spend in dimmer rooms.