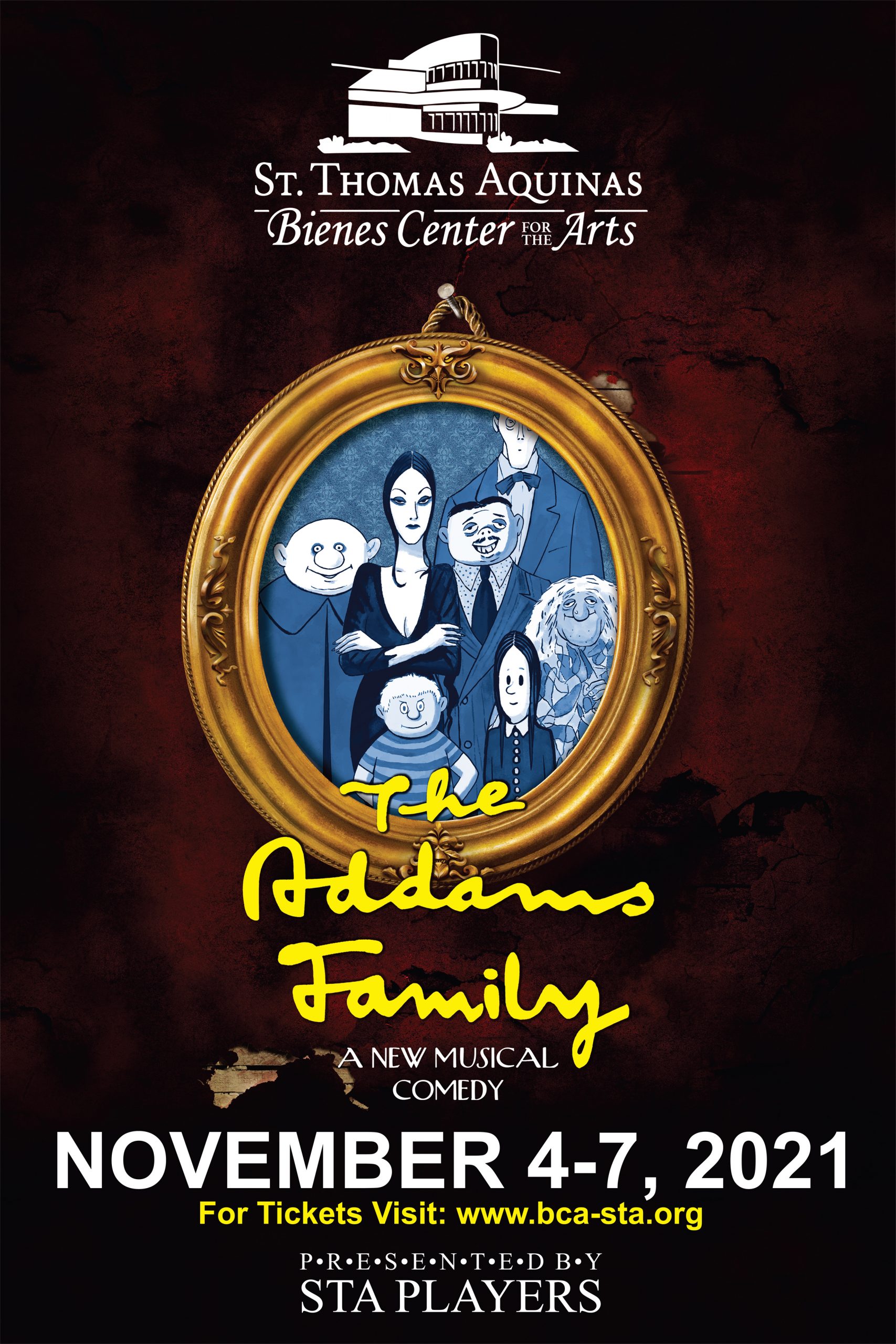 By Cecilia Umlauf and Frances Heikes

On September 24th, auditions for STA’s fall musical, The Addams Family, began in the Bienes Center. Many students from all grades came to audition for a variety of parts. Some were deeply passionate about getting a particular role, while others were just hoping to at least make it to ensemble.

The Addams Family, a comical feast that embraces the wackiness in every family, features an original story and it’s every father’s nightmare: Wednesday Addams, the ultimate princess of darkness, has grown up and fallen in love with a sweet, smart young man from a respectable family– a man her parents have never met. And if that wasn’t upsetting enough, Wednesday confides in her father and begs him not to tell her mother. Now, Gomez Addams must do something he’s never done before– keep a secret from his beloved wife, Morticia. Everything will change for the whole family on the fateful night they host a dinner for Wednesday’s “normal” boyfriend and his parents. (https://www.theatricalrights.com/show/addams-family-musical/)

“Honestly, I felt really good about my audition. My dance audition was really strong, my singing audition was a little weak at the beginning, but I was able to pull it together.” says Katie Christianson, who is playing the role of Morticia. “Thankfully, I think my dance audition carried me, because for this role you need to know how to dance.” Others were not as confident as Katie. Kennedy Zinkler, who plays Pugsley, Wednesday’s brother, said, “I hadn’t really prepared my song, I had prepared it a few days in advance, so I was a little nervous, but I came out of it feeling good, and with no expectations. I was very excited.”

In the end, there was a mix of emotions on the day of auditions. Some students were enthusiastic about auditioning, while the rest were just hoping to get a decent role and a chance to be in the play. Their efforts were on display for all to see on November 4-7 in The Bienes Center.  Virtual tickets to view the production are still available on the Bienes Center website www.bca-sta.org and additional performances are being planned.