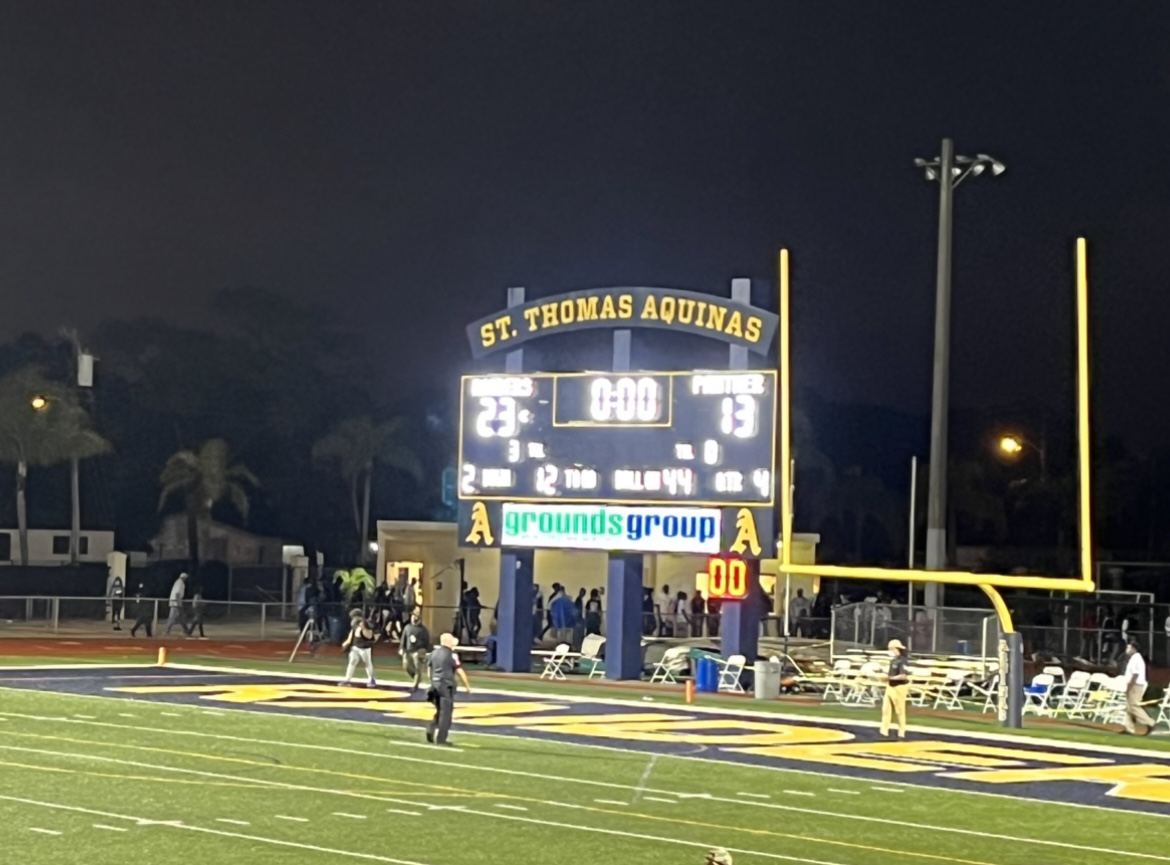 October 22nd was the last home game for the STA varsity football team, until playoffs. They faced off against Dillard High School, who was number four in the state at the time, with an undefeated season, 7-0. STA had lost one game against Jesuit High School, but had won every other game, 7-1.

They defeated Dillard High School with a score of 23-13. In the first quarter Dillard scored 7 points leading off with the first points on the scoreboard. Then STA scored 16 points in the second quarter. Unfortunately, STA did not score in the third quarter, but scored another 7 in the last quarter, pulling off the win.

Most noticeable during the game, the stands were completely filled. This was the first game this season that both sides were jam packed. This is due to the fact that STA has lifted some of their COVID restrictions. There are more people allowed in  the stands and food is now permitted as well. STA wasn’t the only side full of spirit, Dillard was too; they had their fans and their marching band, the Force. Overall it was quite an interesting game, from the marching band, to the crowds and the actual football game.